The British Columbia government is on the right track in allowing people to choose an alternative to male or female genders on drivers’ licences and other provincial documents, says university professor Aaron Devor.

“I’m pleased the British Columbia government has added the ‘X’ option for identification,” he said on the phone from Argentina, where he was attending meetings of the World Professional Association for Transgender Health. “That’s a step in the right direction.”

Devor is the chair in transgender studies at the University of Victoria and the founder and academic director of Transgender Archives, the largest archival collection of trans-related material in the world.

A year ago The Tyee reported that Devor was advocating that gender be eliminated from government identification unless an individual wanted it included. He was hopeful that the re-establishment of a Human Rights Commission in B.C. would lead to such a change.

This month the government announced it would give people the option of having an ‘X’ displayed for their gender on their drivers’ licences, identity cards, birth certificates and BC Services cards.

The announcement quoted Health Minister Adrian Dix saying the province had been working on the change since last summer. And the statement from Citizens’ Services Minister Jinny Sims said the change “is a step in the right direction to ensure that identity documents better reflect identity. It is the right thing to do.”

The new policy requires individuals to get confirmation from a physician or psychologist before they can have an ‘X’ displayed for gender on their government identification.

The government is “exploring the next steps required to move to a non-medical model of gender identification,” the announcement said.

Devor said the people shouldn’t need a note from a doctor or psychologist.

“If you’re going to do this I really think it should be just a self-declaration,” he said.

The government’s move was positive, Devor said, though there’s further to go. 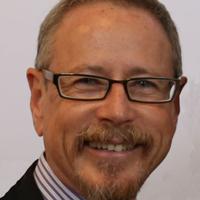 “There are a lot of transgender people and an increasing number of non-binary people who will benefit from being able to have an ‘X’ on their identification rather than an ‘M’ or an ‘F,’ but my feeling is there really should not be gender on the vast majority of our identification documents.”

In most cases gender is irrelevant and the government could drop it from official documents without losing the ability to identify people, he said.

“There’s nothing stopping them from doing that,” Devor said. “I’ve recommended it to them before. I know they’ve given it some consideration. My hope is this is a staged process and this is a step in the direction of recognizing that if we need to identify someone definitively, there are other kinds of markers that would be far more useful.”

Devor said he’d be surprised to hear if anyone had presented a driver’s licence or other identification and had someone try to verify whether the gender on it was accurate. “It’s really useless information that only causes difficulty for any number of people.”

Ultimately gender should be treated as personal and private information that individuals can decide if they wish to disclose, he said.