Vancouver’s 81-year-old civic party for right-leaning voters, the Non-Partisan Association, is telling you that it’s “focused not on left-wing or right-wing ideology, but on delivering solutions that work.”

The new Yes Vancouver party formed by Hector Bremner, who planned to run for mayor with the NPA before the party blocked his candidacy, also wants to “welcome people from across the political spectrum” because “both the ‘left’ and the ‘right’ have been saying ‘no’ for far too long.” No “playing politics,” say party ads.

The new Coalition Vancouver party — with mayoral candidate Wai Young, who also wanted to run with the NPA — also says it’s “not driven by any political ideology but is a democratic, open, welcoming and inclusive society.”

Despite being associated with Vancouver’s right, the NPA, Yes and Coalition want to viewed as non-political and parties of the people.

A number of high-profile independent candidates with previous ties to Vancouver’s establishment parties are also advertising themselves as non-partisan choices willing to work across party-lines.

Are candidates’ attempts to pitch themselves as non-political politicians politics as usual? Or do they signal a fundamental change after decades of party politics in Vancouver?

Anne Roberts, a former COPE councillor who is running again with the left party, notes that the NPA always tried to describe itself as apolitical, “just people who thought of themselves as coming together for the good of the city... though their ideology is very pro-business, pro-homeowner, pro well-to-do.”

But Stewart Prest, a political scientist who teaches at Simon Fraser University and Douglas College, calls this election an “evolutionary event.”

Prest says the theory of “punctuated equilibrium,” originally used in biology, offers insight into what’s happening in this election. The theory holds that evolution generally unfolds slowly — until there is a sudden shift.

But this, he says, is changing.

“You see in the surveys that the time of the partisan voter is almost at its end,” said Canseco. “You’re not going to have a bunch of voters blindly following Vision or the NPA.”

In a survey conducted by Research Co. in early September and released on Sept. 11, voters said they would definitely or probably elect Green candidates (46 per cent), followed by independent candidates (39 per cent), then COPE candidates (32 per cent). NPA and Vision trailed the pack, tied at 30 per cent.

A reason for Vision’s waning popularity is the worsening of the housing crisis under the party’s watch, paired with their perceived “coziness” with real estate developers, says Canseco. Another survey of his from July found that 57 per cent of Vancouver residents believe that developers have too much control over city council.

One shock punctuating the equilibrium of Vancouver politics comes from the provincial government’s new campaign finance rules. Corporate and union donations are now banned and individuals are limited to $1,200 in donations to the campaign of any one candidate or local party. Candidates and parties also have spending caps. (Though one “loophole” is already in play.)

The big donations that funded Vision and the NPA won’t be a factor, so independents and smaller parties have a better chance.

“There’s a lower bar of entry, which makes more room for smaller parties,” said Prest. “Now if you feel strongly about an issue and don’t find a spot with the established parties, you can go it alone.”

In addition to the new parties that have emerged, high-profile independents — most of whom previously had ties to establishment parties — have entered the race as well.

These independents are also boasting about being non-partisan.

Rob McDowell, who ran with the NPA in 2014, promised in an ad to “listen to ALL sides” if elected to council. Adrian Crook, who had considered a run with the NPA and then Yes, said in an ad that “As an Independent Council candidate, [he’s] able to work across party lines.”

‘Progressive-washing’ and the language of inclusivity

Claims of non-partisanship aren’t the only campaign theme this year. Candidates across the political spectrum have branded themselves by using the language of inclusivity which is usually associated with “progressive” left-of-centre circles.

The NPA’s mayoral candidate is Ken Sim. Despite being known throughout Vancouver’s history as a right-leaning party, Sim said the party is “non-partisan” and “very socially progressive.”

Yes Vancouver calls areas of detached houses “exclusionary” and says the city needs to build “inclusive neighbourhoods” for people from all demographic backgrounds.

Coalition Vancouver calls itself a “hot rod” centrist party that champions ideas from across the political spectrum, including “progressive” ones. But its mayoral candidate Wai Young is a former Conservative MP. Party ads say it promotes an “open, welcoming and inclusive society.” Yet Young has complained about the increasing “lawlessness” and “the entitlement of cyclists and pedestrians and others who hinder or block vehicle traffic.”

Young says her “Clean City” plan will be released soon, in response to people who “sleep on the doorsteps of businesses” and who “use alleyways as bathrooms.” Young was criticized during her campaign for retweeting a post that said: “In Vancouver if you stay clean, study, borrow, finish university, get a job & pay taxes, you’ll be renovicted to Surrey. But if you’re crazy, a crackhead or a criminal, you get a free apartment in an expensive neighbourhood. We call this Social Justice.”

Is the use of this language “progressive-washing,” a ploy to hide a party’s true colours? Or are these parties with right-leaning roots progressive by some measures?

“Part of it is designed to sell an idea to an uninformed public,” said Canseco. “If you look at the language, it can be very appealing.”

Prest says the word progressive is one of political theory’s “essentially contested” concepts. For example, a liberal in the U.S., a BC Liberal and a federal Liberal are all different things. Long-ruling Vision Vancouver considers itself as a progressive party, despite its moderate positions on taxation and development.

Prest recently appeared on local civic affairs podcast Cambie Report and discussed the idea of what placed a party on the left or right. The podcast surveyed Vancouverites and came up with graphs showing whether candidates and parties were more for urban growth or conservation, as well as whether they were left or right on social and economic issues.

For example, Yes and OneCity were the most pro-urban growth, but Yes leans much more to the right than OneCity on social and economic issues. And despite how Coalition Vancouver is branding itself, it was consistently the furthest right of all parties on all counts, according to the survey.

Following up on @ibushfield survey of where #vanpoli parties sit, here are 3 graphs of where 72 people placed the parties. #CambieReportLive pic.twitter.com/AVrba9z9Gn

“Maybe there is some progressive-washing going on,” said Prest. “Or maybe Vancouver is a pretty progressive city, and if any candidate wants to get a large number of votes... on social issues, they need to find ways and signal that they are inclusive.”

What’s a voter to do?

So how do you get past all the marketing and messaging to the heart of what parties and candidates stand for?

Canseco says to look at candidates’ backgrounds. “It’s not as if they suddenly appeared.”

He pointed out Wai Young’s Conservative past, Yes’s Bremner’s current position as councillor with the NPA and independent mayoral candidate Shauna Sylvester’s history as a former Vision board member.

Prest says to look at platforms.

Jean Swanson, the well-known poverty activist running for council with COPE, Vancouver’s oldest progressive party, agreed. “It’s interesting because it shows that [these parties are] trying to appeal to people who want to continue to live in the city who aren’t rich,” she said. “They are using the language to do that, but not the policies to do that.”

But both Canseco and Prest understand it’s difficult to ask Vancouverites to take a deep dive into local politics, especially this crowded election. 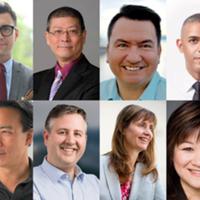 Your Guide to the Vancouver Election. And Believe Us, You’ll Need It

“In an election setting like this, there’s so much information for voters,” said Prest. “They only have so much time. People have generally less interest in municipal politics than in federal politics, which is a strange thing when you think about how much more it affects their daily lives. And if the majority of the population thinks of themselves as progressive, [using progressive language] is not a bad tactic.”

All signs point to Vancouver residents electing councillors from several parties and independents. Back in 2014, the Vancouver and District Labour Council backed a majority-Vision slate; this election, they’re backing a mix that includes an independent mayoral hopeful and candidates from four different parties.

The theory of punctuated equilibrium says that the shock to the status quo is usually followed by experimentation and, from this, change may emerge.

“The idea of a mixed council, rather than one that swings between left-majority or right-majority every few years, has yet to be put to the test,” said Canseco.

“This will be an interesting case study for the future. We could have a situation where everything works beautifully and policy gets done... then we have a new model for government.

“Or we have a four-year lull, and everyone can’t side with each other and it’s very, very messy.”