Violence against teachers is making headlines across Canada, particularly after a Canadian Federation of Teachers’ survey released this summer found at least 40 per cent of teachers had experienced physical, emotional or verbal violence.

In the Vancouver School District, education assistants face the most violence from students, according to data from a Freedom of Information request filed by The Tyee.

The information, based on WorkSafe BC reports of violence against teachers and education assistants since 2007, found there were 17 workplace violence reports in the district in 2017. One was from an elementary teacher, one from a secondary school teacher and 15 were from school and student support workers, also known as education assistants or EAs who work one on one with students who have additional or special needs.

Incidents can range in seriousness from hair pulling to broken bones and concussions.

Warren Williams, president of CUPE Local 15 which represents support workers in the district, said even minor cases of violence, like a child throwing a building block at an education assistant, can cause serious harm. Williams is a former district support worker.

And the heads of unions representing Vancouver EAs and teachers say the actual incidents of violence against school staff are much higher than the WorkSafe reports show.

“There would be many that are not reported,” said Williams “And part of the reason for that is that one, EAs work with students because they want to, they want to help them with their education. And often times the thought process for the employer and for the parents is that that’s just part of the job. So you just need to do the work.”

The majority of incidents involve students with special needs, he said, although not all of them have been assessed by the district and therefore would not receive additional supports.

“I would have assumed it would have been higher,” said Chloe McKnight, president of the Vancouver Elementary School Teachers’ Association, of the overall report numbers.

“A concern that we have and is shared by the [BC Teachers’ Federation] as well, is whether or not teachers are underreporting incidents that would happen, and that’s what I would expect to be the case looking at these numbers.”

Another reason for low numbers, said Williams said, is that the district pushes schools to log violent workplace incidents but not to report them to WorkSafe BC. He’s also heard from EAs that some administrators are actively discouraging EAs from filing reports with WorkSafe BC.

Incidents like hair pulling are dismissed by school principals and vice-principals as “not that bad, and not being a violent incident, even though it is,” he said. Even if physical injury is avoided, post-traumatic stress disorder can develop, he noted.

Katharine Shipley, president of the Vancouver Secondary Teachers’ Association, says schools log a variety of information about students, from which students don’t have lunch to incidents of student-on-teacher violence. She thinks some teachers think logging an incident is the same as reporting it to WorkSafe BC.

“WorkSafe is the legal mechanism by which it’s recognized that if somebody takes sick days because of a work-related incident,” said Shipley, “that those sick days are then paid back by WorkSafe if a claim is successful.”

Without a verified WorkSafe claim, she added, “you’re essentially giving up your sick days for a work-related incident.”

And unlike WorkSafe BC reports, Shipley noted, incident logs are not publicly available. So, no one outside the district can see how often these incidents take place.

In an email to The Tyee, a Vancouver School District spokesperson quoted associate superintendent David Nelson, who acknowledged the logging of violent incidents but denied that administrators were discouraging staff from reporting to WorkSafe.

“If any employee is injured while at work, a WorkSafe BC form is completed. That ensures they receive the appropriate insured benefits while they recover,” reads the quote.

Nelson added keeping track of incidents though the school log enables “the development of an action plan to support that student while addressing the negative impacts of that behaviour. In those instances, injury or harm may not have occurred to anyone at the school. If such a behaviour does result in injury, a WorkSafe BC form is completed.”

No one is blaming the students

No one The Tyee spoke to blames the students for the violence, frequently perpetrated by students whose age or abilities mean they may not realize they are causing harm or lack the self-control to regulate their behaviour. This is particularly true for students in the early elementary grades.

The teachers’ union encourages them to report incidents of violence, offering workshops on how to report and available supports, McKnight said.

Nevertheless, teachers underreport incidents, she said, because they’re overwhelmed by their workload or blame themselves for the incidents.

“Or not wanting to report because obviously, in a lot of cases, if children are struggling there is a lot going on for them, as well. So not wanting to blame the child for what they did,” she said.

“And that’s the message we try to get out: actually, it’s important to report for a lot of reasons, but a big reason is that helps the student get the support that they need to be at school and be successful.”

Sometimes by the time the union local finds out about violence in the classroom, Shipley noted, teachers have already developed post-traumatic stress disorders or have burnt out.

Williams believes the issue is getting worse across B.C. as more and more students are presenting with special needs that could lead to lack of impulse control and violence against support workers and teachers.

Teachers across the country agree, with 70 per cent of those surveyed by the Canadian Teachers’ Association earlier this year saying they believed the problem is getting worse.

There’s no definitive explanation, with theories ranging from more recognition of behaviour and cognitive disorders to the fact that integration of kids with special needs into the larger classrooms — and even the transition from institutionalizing them to enrolling them in schools — could have an impact on the number of violent incidents.

A lack of EAs, special needs teachers and school psychologists and counsellors is also to blame, the union leaders said. Under the previous BC Liberal government, which stripped teachers’ contracts of class size and composition and student-to-specialty-teacher ratios in 2001, the BC Teachers’ Federation maintains the province lost 3,000 teaching positions, including 1,000 special needs education teacher positions.

Without enough EAs and ongoing training on how to de-escalate and support students prone to violence, student on staff violence will only continue, the union leaders warned. 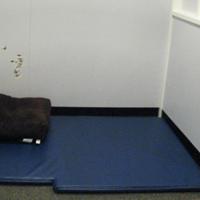 “You have a student who becomes accustomed and begins to trust the support staff that’s been working with them for a month or two, and then they’re moved because they’re only on a temporary assignment and they don’t have enough EAs to fill the district, so they get moved around,” said Williams. “If there’s no consistency it creates safety issues.”

But while the new NDP government has been tasked with reinstating contract language stripped by the BC Liberals, it hasn’t been without its problems.

Vancouver, in particular, experienced a loss of teachers on call last year when the province’s hiring of over 3,700 new teachers emptied out the substitute teacher pool. The teachers who most often had to step in for colleagues who called in sick, noted McKnight, were the special education teachers, also known as resource teachers, who work with special needs students.

In a telephone press conference with reporters Thursday, Education Minister Rob Fleming said there were 200 teachers on call added to the Vancouver pool for this coming school year. Across the province school districts have hired 1,000 additional education assistants, bringing the total to 12,000. They also hired an additional 390 special education teachers, 130 school counsellors and 10 school psychologists since the summer of 2017, he said.

But there’s still a long way to go before student supports are brought back to the pre-2001 level, said McKnight.

“We still have lots of classes that are above the limits when it comes to composition, and those can be really complex classes where you can sometimes see more incidents happening.”