James said any increases municipalities make to property taxes due to the tax are likely to be very, very small.

In the legislature James gave the example of Duncan, where she said the increase for an average household would be 46 cents a year once the transition from Medical Service Plan premiums to the EHT is complete.

“If you take a look, even if they put all of the increase in the Employer Health Tax into [taxes on] residential properties, you’re still only talking about dollars for individual households,” James told The Tyee.

The finance ministry’s analysis found that even if local governments use property taxes to cover the full cost of the change, the largest increases for residential property owners will be $28.85 in Port Moody, $31.01 in Oak Bay, $32.96 in New Westminster, $35.60 in Saanich and $36.06 in Victoria. The biggest increase, the ministry calculates, would be in Vancouver, where property taxes would go up by $52.02 a year on average. (The ministry’s analysis for every municipality is available here).

The amounts will be more than covered by what families save on MSP payments, James said. “Individual households will be saving $900 as individuals, $1,800 as families, so it’s still a savings.”

On Friday the Union of British Columbia Municipalities released a report on a survey of 77 local governments that said the tax shift would add significant costs for many of them and most would be forced to raise property taxes.

“Given that the communities most impacted tend to be larger population centres, it is safe to conclude that the implementation of the EHT will lead to property tax increases for the majority of British Columbia’s population,” said the report. 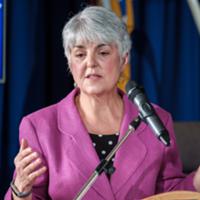 “Due to the extent of these impacts, many local governments are questioning a tax policy that results in the funding of a provincial service (health care) through property taxation.”

The BC Liberals raised questions based on the report Monday and Tuesday in the legislature. Leader Andrew Wilkinson asked “When are you going to accept the fact that this payroll tax represents an increase in taxation on the public sector, and it makes no sense whatsoever?”

James responded that the EHT is much fairer than the MSP, a tax that the BC Liberals doubled during their time in government.

James has ruled out providing more money to municipalities to cover the EHT, but told reporters that the government is still looking at how it will affect charities and not-for-profit organizations.

“We do want to make sure that groups and organizations like charities and not-for-profits aren’t seeing a lot of their donations have to go into additional costs, so that’s really what we’re examining,” James said.

Alex Hemingway, a public finance policy analyst with the B.C. office of the Canadian Centre for Policy Alternatives, said his rough calculations confirm that any increases to property taxes due to the Employer Health Tax would be small.

According to the UBCM report, Vancouver will pay an extra $10 million a year.

“Back of the envelope, that’s about a 1.3-per-cent increase in the city’s property tax to cover that,” Hemingway said. If the city chooses to fund the complete increase through property taxes, it would mean a $20 annual increase to the city’s portion of property tax on a typical home, he said.

“It looks to me like quite a modest lift to Vancouver, which is supposed to be one of the hardest hit according to the UBCM,” Hemingway said.

In his view, there’s lots of room to raise property taxes. “By just about any measure we have very low property taxes in B.C. compared to the rest of the country,” he said. “There’s a strong case that property taxes are too low in Vancouver, Victoria and so on.”

Having low property taxes creates little disincentive to carry real estate as an investment, he said.

Meanwhile, property values have soared, particularly in Vancouver, where the total value of land went up by $24 billion in 2015 and $46 billion in 2016.