Canada is continuing to leave people with disabilities in poverty, says a report released Thursday by Citizens for Public Justice (CPJ).

The faith-based organization’s annual report on poverty trends shows people with disabilities are more likely to be living in poverty than other Canadians.

More working adults are joining the ranks of the impoverished, the report found.

Brad Wassink, communications coordinator for CPJ, said part of the problem is that the federal government is not paying attention to impoverished Canadians as it promotes an agenda aimed at helping the middle class.

“All the talk about the middle class completely ignores people living in poverty,” he said.

Wassink said former Conservative government policies meant to ease poverty focused on employment, so those unable to work couldn’t take advantage of government initiatives. He said under the Liberals, the approach has changed a little but not much.

“People with disabilities are pretty highly represented among EI [Employment Insurance] recipients,” he said. “There's big gaps in the program there in terms of benefits.”

People are “slipping through” those gaps, Wassink said.

“Poverty and disability do seem to go hand in hand, unfortunately,” Hardcastle said. People with disabilities face many challenges not recognized by others in society, she said.

Earlier this year Ottawa consulted the public as part of an initiative to develop legislation to improve accessibility for people with disabilities.

Hardcastle said she hopes the legislation, currently being drafted, will address all the barriers blocking the full participation of people with disabilities and lead to changes at the provincial and municipal levels.

But it’s not just people with disabilities who are living in poverty.

It also found 70 per cent of people living in poverty have jobs. Precarious employment and jobs without benefits are contributing to the increased poverty, it said.

He pointed to the Dignity for All campaign’s 2015 anti-poverty plan as a useful guide to solutions. 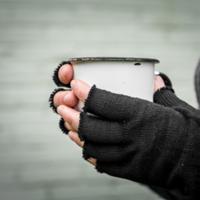 ‘If You’re Not Going to Reduce Poverty When You Have a Strong Economy, When Are You Going to Do It?’

The campaign was a joint initiative among anti-poverty groups including Citizens for Public Justice, Canada Without Poverty, the Canadian Labour Congress and the Anglican Church of Canada.

Two years later, a finished strategy it is still “on the to do list,” said Wassink.

He said next year’s federal budget should have commitments to fight poverty rather than “delays until an election year.”

The Liberal government did honour its campaign commitment by introducing a Canada Child Benefit in 2016 to support families with children. The Liberals said the measure would lift 315,000 children out of poverty. Wassink said it’s too soon to assess the results.

Next week, CPJ joins other anti-poverty organizations in the Chew on This! campaign to call for a national, rights-based anti-poverty plan.