A year is plenty of time to prepare for a vote on changing the electoral system, says Green Party leader Andrew Weaver.

“The timeline’s fine,” Weaver said. “The federal government just went through the process. I think most people are up on the issue.”

The June agreement between the Greens and New Democrats that allowed the NDP to form government said legislation would be introduced this fall to ensure “a referendum on proportional representation will take place in the fall of 2018, concurrent with the next municipal election.”

If voters approve the change, the new system will be put in place for the next provincial election, the agreement said.

In an interview last week, University of British Columbia political science professor Maxwell Cameron said he wants to see the electoral system change and is worried that rushing the process is setting it up for failure.

“That’s not a lot of time to go through any kind of a process for selecting an alternative and educating the public,” he said. “It sounds to me like they don’t understand what it’s going to take to do it... It looks to me like they’re heading in the wrong direction.”

The botched federal electoral reform process and previous referenda in B.C. have shown the importance of taking the time to do it right, Cameron said. “If you’re serious about electoral reform, it doesn’t happen fast.”

Attorney General David Eby said holding the referendum at the same time as municipal elections would save money. “There’s ongoing consultation with the chief electoral officer on the most efficient way to conduct the vote, whether it’s in concert with the municipal election or otherwise.”

He acknowledged there are many questions to be answered, including what the referendum question will be, what system will be proposed, what the timing will be and how to fund campaigns for and against making a change.

Legislation that will answer some of those questions is coming shortly, Eby said. “I’m looking forward to introducing the legislation and there’s lots of opportunity for [Maxwell] Cameron and many others to be involved in helping us to ensure this is successful.”

Eby said all three parties have voiced support for shifting to a proportional representation voting system and he thinks the referendum will go well. 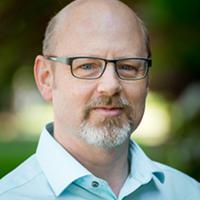 “I think a lot of British Columbians, myself included, want this to go as well as possible because we understand the current system is very unfair and that reform of it is the right thing to do to ensure that people’s votes count and that they see a reflection in the legislature of each party’s support… which is something we don’t have right now with the first-past-the-post system,” he said.

Weaver said he expects the referendum may include more than one question. Voters may be first asked whether they want to change the system, then what system they would like to adopt. “That has to go through consultation,” he said.

“The specifics will come out in due course,” he said. “What’s important in the meantime is to have enabling legislation for a referendum by the end of next year.”

It’s important to give Elections BC advance notice that there will be a referendum, as well as enough lead time to get a new system in place for the next provincial election, he said.