It’s been over a decade since the British Columbia Supreme Court outlawed “school fees” in the public system for course materials, trips, or textbooks required for children’s graduation.

But 11 years later, parents are still paying for what’s supposed to be a taxpayer funded, mandatory service.

Madeleine Sauvé is shelling out $50 to Vancouver’s Laura Secord Elementary for school supplies for her two children, but she still has to buy her kids exercise books, folders, pencils, geometry sets, and other supplies.

She also has to pay $10 each for student agendas, and $12 each to cover the cost of guest speakers and other school performances.

That doesn’t include the cost of field trips, which — luckily for Sauvé, whose two children are going into Grades 5 and 6 this year — won’t include the two multi-day Grade 7 trips that in previous years ranged from $230 to $500 per child.

And then there’s the $16 each Sauvé is required to pay for her kids’ JUMP Math workbooks, something the mom fights administration about every year.

“Because it is part of the BC School Act that any required materials are provided for students, Laura Secord has sent home information saying that if children can’t afford it, they can borrow a [work]book, but they can’t write in it,” she said.

“Which of course is illegal — it’s in the School Act. So I always have an argument with the teacher, and then go to the principal and say, ‘You can’t actually do that to children.’”

A document on the school’s website confirms Sauvé’s account: “Students opting to use the workbooks as a textbooks [sic] will be responsible for ensuring that they remain unmarked and in excellent condition in order to return them at the end of the year. Students who purchase the workbooks may write in them and take them home at the end of the year.”

A spokesperson for the Vancouver School Board told The Tyee via email that the JUMP Math program is an optional addition to the regular math curriculum that some teachers choose to use, which includes a workbook that serves as both a text and exercise book.

“Writing in the books is not necessary for participation in the program,” the spokesperson’s email read. “Under the School Act, the district may charge fees for goods and services including for paper, writing tools, exercise books, and other school supplies and equipment intended for students’ personal use. Workbooks that are used to supplement the core course materials and are written in, and kept by students are considered optional materials.”

In high school, school costs go up, as Andrea Sinclair found out this summer while preparing for her twins to enter Grade 8 at Sir Charles Tupper Secondary in Vancouver.

Including the optional $45 yearbook, Sinclair is paying Tupper $95 per child to cover combination locks, agendas, ID cards, and photocopying costs. There are additional costs for field trips; elective course materials; equipment rentals like calculators for math; and workbooks for math and science.

“If the workbook is a requirement for [my child] to learn — so it’s not just paper, it’s a specific workbook that goes with a specific textbook — I still ask the question of why I’m on the hook for that,” Sinclair said.

Other fees that B.C. schools charge for include: Advanced Placement and International Baccalaureate programs; Montessori supplies; “enhanced learning materials” such as a better grade of wood for woodshop courses; field trips; extracurricular activities; and rental of musical instruments.

Accommodations are made for families who can’t afford fees. But that involves self-identifying as poor, which can be embarrassing.

With years of successive cuts to balance budgets, B.C. schools rely on parents to pick up the slack, either through fees or fundraising that parents complain is excessive.

Since the spring election, the new government has promised to fund both new playground equipment and districts’ school supply costs. But the budget won’t be announced until Sept. 11 when school is already in session and many fees already paid.

But while no province in Canada charges public school “tuition” — except for international students — and all offer help for low-income families, B.C. is not the only province to have outlawed fees in principle but not in practice.

Last year the Yukon government covered the cost of school supplies, providing the territory’s school councils — the Yukon version of B.C.’s Parent Advisory Councils — up to $100 per student.

After shelling out nearly $570,000 last year, however, the province left parents to cover those costs for 2017/18, although financial help is still available for low-income parents.

The education ministry covers all distance learning and home schooling fees, offering parents up to $1,200 per student for their education needs — although students can be charged for using a public school’s equipment or materials.

Not every Yukon community has a high school nearby, necessitating boarding for many rural Yukon students in the capital city of Whitehorse during the school year. Students who stay in the district’s Gadzoosdaa dormitory are charged $110 per month, while those staying elsewhere are eligible for a $270 per month subsidy from the government.

Some schools in the Northwest Territories do charge for things like textbooks and locker rental, while asking parents to purchase school supplies.

But because a ministerial directive prevents schools from charging Indigenous treaty rights holders any school fees — or fees for school supplies — and they are the majority in many of the territory’s schools, most schools don’t bother charging any student fees.

Parents who opt for home schooling can also be reimbursed for related costs up to $3,977.74 annually per student.

There are no fees associated with public education in Nunavut, according to the territory’s education ministry. Not even for school supplies.

Alberta’s school fees will drop 25 per cent this year, thanks to the provincial government’s decision to stop charging for textbooks, workbooks, and photocopying, and bussing for students who travel more than 2.4 kilometres to their catchment area school.

But students who travel shorter distance by yellow bus, or attend schools outside of their catchment area, will face up to $335 in bussing fees.

While the drop in fees has been popular with parents, districts are concerned their budgets won’t be able to cover the loss of revenue from parents.

Saskatchewan also charges parents for summer school and lunchtime supervision. Fees for bussing to and from school aren’t allowed, provided the student is attending their catchment area school.

However, schools can charge for field trip transportation and admission, as well as workbooks, and other school “program consumables” that aren’t necessary for graduation.

Students with treaty rights who live on reserves can be charged tuition for attending a public school, but the federal government must pay it.

Manitoba has similar rules to Saskatchewan in terms of bussing fees. The province also charges parents for school-purchased school supplies; transportation, accommodation, and meals for fieldtrips and sports events; rent or purchase of musical instruments; and proper clothing, footwear, and safety equipment required for classes like gym or industrial arts.

“Several school boards have implemented zero fee policies and others have established bulk purchase programs for essentials to help lower costs for things like pencils and notebooks,” Ken Cameron, president of the Manitoba School Boards Association, said via email.

But the lack of fees for school supplies, at least at the Toronto District School Board elementary school Sandi Danilowitz sends her kids to, came as a surprise.

“I think it varies per classroom, but we haven’t been asked to supply anything,” said Danilowitz, who went to school in the same district and recalls her parents buying school supplies. “Last year the teacher asked us to supply a Kleenex box, that was it.”

Quebec, which still charges a separate school tax to property owners, has come under fire for its school fees. Daisye Marcil of Jonquière has launched a class action lawsuit aimed at 68 of the province’s 72 school boards over their fees for textbooks, workbooks, and instructional and reference materials required to teach the students.

The suit is filed on behalf the parents of 900,000 students in Quebec. Marcil — whose lawyer is former Quebec premier Lucien Bouchard —is asking for a $100 reimbursement for every parent impacted.

Bussing, however, is not part of the suit as the province covers the cost of school-aged children going to and from their catchment area school.

If your kid goes to summer school in New Brunswick or Nova Scotia, expect to pay fees.

Parents in New Brunswick will also be on the hook for school supplies and equipment for their kids’ personal use like calculators and safety gear; appropriate clothing for gym; field trips; extra-curricular activities; raw materials for student projects they can take home when completed; and the purchase or rental of musical instruments.

Nova Scotia also charges for online learning courses, although the province’s Ministry of Education pays for both Advanced Placement and International Baccalaureate fees.

Schools can charge for field trips and school presentations — including those necessary for the path to graduation — as well as for the rental and repair of musical instruments. Parents also have to purchase personal school supplies. 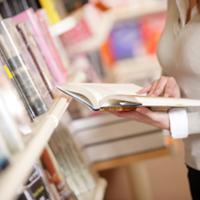 It’s not the costs that parents are upset with, but what they represent, said Lisa MacDougall, president of the PEI Home and School Federation. Her organization has been passing resolutions since 1993 to reign in school fees, but so far to no avail.

“I’m surprised that they still have them,” MacDougall said of the fees. “We asked [the education ministry] where this money goes. We were told that there’s no tracking — none. It goes to the principal, the principal doles out [the money] where he sees fit. It doesn’t even go in the provincial budget. The public school branch or department of education have no knowledge what they’re bringing in.”

Parents in Newfoundland and Labrador also have to fork over cash for personal school supplies, field trips, appropriate clothing, musical instruments, and any materials or equipment required for enrichment programs or courses outside of those required for graduation, like aquaculture, photography, or Workplace Health and Safety.

Bussing is only covered for students living 1.6 km or more away from their catchment school, unless they have a disability that requires school-funded transportation.