There’s a lot of different things out there called “affordable housing.”

One Vancouver city councillor called affordable housing “something that somebody can afford.”

So what does “affordable” really mean if it can refer to so many different things?

“There is a long history of this question in Canadian housing policy, and really housing studies in general,” said Brian Clifford, policy manager at the BC Non-Profit Housing Association.

“There are many conceptual and practical difficulties,” he notes. “Questions come up like: What’s to be included the housing cost? Is it just cash rent? Utilities? Maintenance? Furnishing? Internet? You can see that even how you define ‘housing’ is an issue in itself.”

That being said, there are helpful and harmful measures out there — including some that ignore segments of the population that need housing help the most.

A housing rule of thumb at the end of the 19th century was “one week’s pay for one month’s rent.”

That’s remained the starting point for many expense-to-income definitions of affordable housing.

David Hulchanski of the University of Toronto, one of Canada’s leading housing experts, wrote that expense-to-income measures are useful for six reasons: they describe a typical household’s housing spending; define housing needs for policy purposes; help with analysis; determine who should be able to access housing subsidies; predict whether households can pay a rent or mortgage; and help in deciding who gets a rental unit or mortgage.

“It gives us some sense of how many people are facing a real crisis,” said Nathanael Lauster, a housing sociologist at the University of British Columbia.

Housing experts today are going beyond the basic expense-to-income model and honing in on essential living costs that help determine housing affordability.

One is transportation. You might find a cheaper cheap home in the suburbs, but you also might pay thousands in annual transportation costs for the two cars your household needs. Metro Vancouver focused on this problem in a 2015 study.

The Metro Vancouver study explored another blind spot — the divide between owners and renters.

An average homeowner household with at least one person working spends 40 per cent of its income on housing and transportation, according to the study’s look at the region.

A measure by the Canadian Centre for Economic Analysis takes affordability one step further. Its Shelter Consumption Affordability Ratio, SCAR, adds the regional cost of household essentials like utilities and child care.

The centre created SCAR in 2015, noting that approaches that just looked at housing costs “are unlikely to benefit the many Canadian households facing significant pressure to make ends meet.”

SCAR measures the proportion of income that households spend on housing and transportation after paying for necessities, factoring in regional cost differences for other essentials.

In 2015, the centre calculated that Canada had a SCAR of 38 per cent, which means the typical household spends 38 per cent of its income on housing and transportation after spending on other necessities.

WHAT TO DO NEXT TIME YOU HEAR THE WORDS ‘AFFORDABLE HOUSING’

“The income issue is not talked about as frequently as the supply issue,” he said. “Raising the income for renters and other low-income people to afford housing is equally as important as building housing.”

A popular survey — front page news in media each year — uses a different measure of affordability. 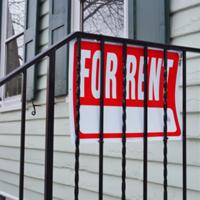 If the Next BC Government Cares About Renters, Here’s What It Will Do

Unlike CMHC’s measure, Demographia focuses on home ownership and middle-income households. This year’s report talks about access to the suburban dream of owning a home and says that “land has been made artificially scarce by regulation that locks up land for development” and regulations making “land supply unresponsive to demand.” There is a banner illustration of six single-family houses on each page.

“I am regularly disturbed by the notion that the needs of people are different by social class,” said housing sociologist Lauster. “There’s the notion that the middle-class needs a kind of housing that we’re not going to make available to everybody. When we’re talking about housing, we don’t want to separate it by types of people, and say ‘You deserve this and you don’t.’ When we talk about a real housing crisis, real affordability, that applies to everyone.”

“The affordability crisis for low-income people in the country goes back a long time,” he said. “But only recently when affordability issues have affected middle-class households that we really started to pay attention.”