Every ministry plate is piled high, and triaging the numerous priorities will be a challenge.

But advocates for the province’s children and youth have had a lot of time to create extensive lists of changes they want to see, particularly in services delivered by the Ministry for Children and Family Development and the Education Ministry.

Now headed by Katrine Conroy and Rob Fleming, respectively, The Tyee spoke with five advocates for kids and youth about their priorities for the new ministers.

The lists are long — not surprising considering advocates for kids and youth clashed with the previous government over service funding and delivery for 16 years.

The following is a condensed round up of the major or most urgent issues they identified for ministries to start on right now.

Reducing the number of Indigenous kids in care

The top priority for most advocates? Improving the lives and futures of Indigenous kids, particularly those currently in, or aging out of, government care.

Adrienne Montani, provincial coordinator for First Call: BC Child and Youth Advocacy Coalition, said her first priority for the children and youth ministry is “reducing the number of Indigenous kids coming into care.”

This requires a focus on prevention that goes beyond focusing on Indigenous families’ individual circumstances, and zeroing in on the systemic reasons why 60 per cent of the nearly 8,000 B.C. kids in care are Indigenous.

“That obviously relates to a poverty reduction plan and some better supports for families,” Montani said.

B.C.’s representative for children and youth, Bernard Richard, noted the province has managed to lower the number of non-Indigenous kids in care by 2,000 in just a decade. But the government hasn’t done a great job working with Indigenous communities to solve the problem.

“There’s so much work to be done that is more respectful of Indigenous communities and Delegated Aboriginal Agencies,” Richard said. “I found the previous government was very paternalistic with regards to the delegated agencies.”

Delegated Aboriginal Agencies, or DAAs, are Indigenous-run child and family service agencies that are supposed to take over the files of Indigenous kids and families from the ministry. But the transition has been criticized for being slow and lacking proper resources and planning.

“Currently Delegated Agency staff aren’t funded at the same levels as [the ministry]. The funding should reflect the complexities of working with children, families and communities impacted by residential school,” said Mary Teegee, executive director of Carrier Sekani Family Services, a DAA in northern B.C., in an emailed statement.

She added that DAAs aren’t ministry contractors, but partners in serving Indigenous kids and families and should be treated by the ministry as such.

But B.C. also needs to move beyond the current, unfinished DAA model to a real tripartite agreement between First Nations, the federal government, and the province, so that child and family supports are fully funded no matter where they live.

Like Montani, Teegee wants more emphasis on preventing kids going into care, as well as serving kids and families beyond a child’s 19th birthday, when youth in government care are cut off from automatic funding and supports. Teegee would like to see supports and funding for youth as old as 25.

Representative Richard would also like to see the transition out of foster care become more gradual than an automatic 19th birthday cut-off.

During the election, the NDP campaigned on increasing the funding for a program available to some former youth in care by $10 million, but youth still have to apply for — and know about — the program to get help.

“Many of the very tragic cases that we see involve youth who are on the verge of aging out, or youth who have just aged out,” said Richard, referring to the several high-profile suicides and accidental deaths of teenagers from the foster care system.

While restoring special needs funding in B.C. schools in general is a top priority, Tracey Humphreys, a member of BC Parents of Special Needs Children advocacy group who has three kids with special needs, emphasized that Indigenous families with special needs kids get even less support, particularly in rural areas.

“I’d like to see it be equivalent [services] for [First Nations’] kids with special needs, like it’s legally supposed to be,” she said, citing the child and youth ministry’s home support services in particular.

Humphries would like to see an increase in funding for special needs assessment, so waitlists can be reduced, as well as a return to funding special needs like dyslexia, which were de-funded by the Liberal government in 2002.

In short, Humphries wants a government that truly supports the inclusion of special needs students in the mainstream education system, she said.

Improvements in Indigenous education are also top priorities — and that won’t only benefit Indigenous kids.

Although Indigenous high school graduation rates are improving, and there’s greater emphasis on Indigenous content and ways of knowing in the new Kindergarten to Grade 12 curriculum, Montani said that work has to continue — not only to bring grad rates up, but also because there are still non-Indigenous youth graduating without knowledge about residential schools or the province’s colonial past and present.

Fully distributing the $355 million promised for restoring the class size, composition, and non-enrolling teacher-to-student-ratios stripped from teachers’ contracts by the previous government in 2002 was also top of the list for Humphries and Jen Stewart, another parent advocate.

Due in part to the two months between the provincial election and the fall of the BC Liberal government, school districts did not receive all of the promised funding. 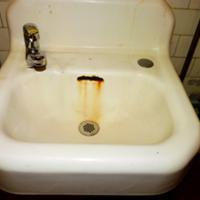 As a result, some haven’t hired all the teachers they need, leaving uncertainty for back to school, while other districts, like Surrey, cut supports for students with special needs to avoid budget deficits.

“Lurching from crisis to crisis, and not having any certainty, is not the way to run a public school system,” said Stewart. “We need sufficient funding, and we need predictable funding as well. The districts need to be able to make long-term plans and know that they can rely on that funding.”

Overall, the advocates called on the new government to consult with the people impacted by the policy decisions they make before they make them.

Whereas some of the advocates said work with the previous government could be frustrated by refusals to meet, or the sending of form-letter responses to impassioned pleas for change, advocates told The Tyee the new government must be open to engaging with the people and organizations working to make things better for B.C. kids and youth.

Advocates acknowledged these changes are going to take time, and a lot of work from both sides. But some demands are easier to deliver than others.

“I would just like everything to be calmer,” reflected Stewart.