Robert Ford’s children have taught themselves to not use the bathroom between the hours and 9 a.m. and 3 p.m. Not out of embarrassment or some crazy new health fad, but because the student washrooms at Henry Hudson Elementary in Vancouver were just too gross to use.

“The urine stain and smell was built right into the paintwork,” said Ford, interim Parent Advisory Council chair for the school. Ford’s daughter, entering Grade 11 this fall, previously attended the 105-year-old Hudson, while his son is entering Grade 4 at the school this fall.

“It was pretty intense and difficult to go in there. Boys’ and girls’ [washrooms]: equal opportunity nastiness.”

After eight years of complaints from Ford and other parents, the washrooms were re-tiled, grouted, and painted this past spring. But it wasn’t parents that swayed the district; it was an order from Vancouver Coastal Health.

And according to Ford, the ancient tap fixtures and the slow-as-molasses hot water problems remain the same as before.

The problem wasn’t the school administration, Ford said, but a lack of district funding.

“The principal puts in maintenance requests [to the school district], and they sit there,” he said, adding that deferred maintenance issues remaining at Hudson include improper school field drainage that make it unsafe when it rains, and crumbling brick exterior patched with wood to prevent exposure of the asbestos in the walls.

The incoming NDP government is well aware of the situation. As members of the Official Opposition, Nelson MLA Michelle Mungal, Northcoast MLA Jennifer Rice, and the party’s former education critic Rob Fleming were all critical of the government over deferred maintenance issues.

“For over a decade the BC Liberal government neglected public education. They ripped supports away from teachers, school districts and students, and now it’s time to repair the relationships that they’ve broken,” reads an emailed statement from the NDP caucus yesterday.

“We’ve seen neglect in facilities maintenance from things as bad as mouldy buildings to contaminated drinking water — and we intend to fix those problems. We’re looking forward to sitting with school districts so that we can hear their priorities, concerns and come up with a plan to help ensure that our students, teachers and facilities are supported.”

“We’re not different than any other school district in the province. We are faced with an aging infrastructure,” said Kootenay Lake trustee Heather Suttie, whose district schools range in age from 100 to less than 20 years old, causing an “ever increasing” backlog of at least $85 million in deferred maintenance projects.

“It’s not a crisis yet, but it will be if we don’t do anything about it.”

Deferred maintenance is a complicated issue. What counts towards the tally is based on a timeline; for example, a school boiler that needs replacing every 25 years falls into the category of deferred maintenance in year 26, regardless of its condition.

“Most often deferred maintenance schedules are a reflection of worst-case scenarios, rather than actual need,” said Glenda Ollero, media and communications specialist for the BC School Trustees Association.

“School districts could always use more money in this area (e.g. to paint the inside of schools more often), but the deferred maintenance figures sometimes quoted may not accurately reflect the actual condition of buildings.”

It’s also an issue connected to seismic upgrading, as upgrading a school includes replacing the roof, which could have been leaking, or removing asbestos in the wall of a heritage school.

The province’s Annual Facilities Grant, meant to fund school maintenance and new school construction, has not increased in a decade, according to Nanaimo-Ladysmith trustee Stephanie Higginson.

The outgoing BC Liberal government did provide some districts that applied for it with extra funding through the School Enhancement Program, which totalled $20 million in 2015 and $45 million in 2016. But that only covered some repairs in 124 schools last year.

Education funding overall hasn’t keep pace with inflation or costs downloaded from the ministry, forcing B.C.’s 60 school districts to choose between funding students’ instruction and repairing the buildings they learn in. What districts could put off — painting, a new boiler, broken window repair, leaky roof replacement — has been put off, again and again.

In Kootenay Lake, that has meant closing schools with the most expensive repairs. It’s the same tactic that trustees in the Nanaimo Ladysmith district — where the last known deferred maintenance tally was $97 million in 2010 and has not been updated since — have adopted.

But the decision in 2016 to amalgamate Woodlands and Nanaimo District Secondary Schools, thanks to Woodland’s deferred maintenance and seismic upgrading costs, has packed students into one school, which is also in dire need of repairs, according to parent Sarah Miller.

“It is a very, very old school — it was the first high school in Nanaimo,” Miller said. “You go into that school and you notice a lot of the lockers aren’t functional anymore because they’re so old, they’re so banged up.”

Billions in cost pressures ahead

Districts don’t have to make the cost of repairs they’ve deferred public — but the fallout is. Last year the province ordered districts to test the water at schools built prior to 1990.

Tests are still ongoing, but hundreds of B.C. schools have tested positive for unhealthy levels of lead, thanks to the pre-1990 provincial building code allowing lead soldering in pipes.

“When the water sits [in the pipes] for too long, then it seeps the lead out of the soldering,” Miller said.

Nanaimo-Ladysmith trustee Higginson said that all schools now have automatic “flushers” that run the water for two minutes every morning. There are still some areas of three schools — like one school’s science lab storage room sink — where lead problems remain, but not in water fountains or kitchen sinks. 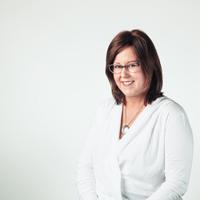 Parents, trustees, and district staff interviewed by The Tyee have several ideas for the incoming government to help tackle the $5-billion deferred maintenance problem, the majority involving more funding.

“I would like to see our [Annual Facilities Grant] increased,” said Nanaimo-Ladysmith trustee Higginson. “It makes me sad that we have buildings that may be deteriorating to the point that they have to be replaced simply because they can’t be maintained. That’s not environmentally sustainable, that’s not fiscally sustainable.”

Henry Hudson Elementary interim PAC leader Ford wants to see B.C.’s per student funding brought up to at least the national average, if not above it.

“This continuous budget crisis every year and [in] every school district, that has to end,” he said, adding that seismic upgrading also needs to be finished and could help solve some of the deferred maintenance issues.

Everyone The Tyee spoke to emphasized student health and safety, as well as student instruction time, as the main priority when determining which deferred maintenance issues to solve first. Indeed, repainting a school isn’t as important as solving lead water issues — unless that paint also has lead, as some schools do, and is peeling.

But faced with billions in cost pressures for education, let alone what’s needed in other ministries, the new government will have to do some triaging of their own.

The longer we wait, the more schools’ deferred maintenance will impact safety and instruction, and the costs for fixing them will continue to rise.