The prospect of a new provincial government in B.C. has sparked fresh political debate about Kinder Morgan’s Trans Mountain pipeline, which is opposed by the province’s NDP and Green Party, despite already receiving provincial and federal approval.

“There are no tools available for a province to overturn or otherwise block a federal government decision,” Alberta Premier Rachel Notley said last week.

But is that really the case?

The short answer is no.

“There’s no question that B.C. has tools in its toolbox, which it has not yet used and that it should use,” says Jessica Clogg, executive director and senior counsel at West Coast Environmental Law.

That very prospect has drawn incendiary commentary, including claims by the Canada West Foundation that the prospect of a reversal of the approval “strikes at our very democracy.”

On the contrary side, B.C. Green Party leader Andrew Weaver argued in The Globe and Mail that reconsidering Trans Mountain, which would increase the number of oil tankers plying B.C.’s waters seven-fold, would be a “triumph of democracy.”

“If we care about the integrity of democracy, we are honour-bound to reconsider the Trans Mountain decision,” he wrote. “Federalism doesn’t mean that one province gets to tread on the rights and threaten the environment of another.”

Indeed, many of the seats the BC Liberals lost were in Lower Mainland ridings that would be most affected by the new pipeline.

“The really close B.C. election vote puts pressure on the Kinder Morgan IPO,” Colin Cieszynski, chief market strategist at CMCMarkets, told Reuters. “You run the danger of the whole thing getting stalled for years or going into limbo.”

With that in mind, here are three ways a new B.C. government could stop — or at least delay — the Trans Mountain pipeline.

1) The B.C. government could order its own environmental assessment

Revisiting a provincial environmental assessment is one of the most obvious means by which the B.C. government could “overturn or otherwise block” the construction of the Trans Mountain pipeline, says Chris Tollefson, executive director for the Pacific Centre for Environmental Law and Litigation.

A January 2016 B.C. Supreme Court ruling in favour of the Gitga’at and other coastal First Nations found that the province can’t simply delegate environmental assessments to the federal government under “equivalency agreements.”

That presented a chance for B.C. to do its own environmental assessment to fill the holes of the National Energy Board pipeline review — holes the B.C. government itself had pointed out.

But instead of doing that, B.C. quietly confirmed in March 2016 that it had accepted the heavily criticized National Energy Board review.

A new government could examine the province’s Environmental Assessment Office (EAO) decision to accept the energy board review, conclude that it wasn’t adequate and order a proper environmental assessment.

Tollefson says it would be “perfectly within the rights of British Columbia to do that” given the well-documented flaws in the National Energy Board review of the Kinder Morgan project, which restricted public participation, ignored impacts on marine mammals and ecosystems, excluded cross-examination of witnesses and failed to assess potential upstream emissions.

Tollefson rejects the argument that a government can’t change its mind after the fact. Governments change their minds all the time, he said, and it’s a “function of democratic politics: that you elect government that make course corrections.”

“If the previous government — and in this case, the EAO — made a poor decision, British Columbia should be allowed to fix it,” he says. “That doesn’t mean that B.C. can kill the project, or delay it indefinitely. It just means that British Columbia finally will take a proper look at and make a proper assessment of this project.”

2) The government could introduce new legislation

Another option for a new B.C. government would be to introduce legislation that directly relates to the pipeline. For example, Clogg suggests an act that orders a health and safety assessment, or requires further studies.

This would lead to better information and a broader understanding of the risks of the project, as well as helping ensure that Indigenous peoples are fully included in the process.

Clogg says the federal government could challenge such a process on constitutional grounds, potentially going all the way to the Supreme Court of Canada and delaying the process for many more years.

But she suggests that would be “extremely politically risky” for the federal government.

“Just because you could legally challenge a B.C. ‘no’ and after years and years in court you might win, think about the political risks in them doing that,” she says.

“B.C. definitely has the ability to act to protect things that are within its constitutional jurisdiction, it has independent obligation to do right by Indigenous peoples — and many of them are very opposed to the project — and it would be nothing but a good thing to do that work, to enable it legislatively, and see where the cards fall,” she said.

“I wouldn’t want to be the federal government who made that choice to try stand down British Columbians.”

3) Wait for legal challenges to play out

Tollefson notes that legal challenges brought by Indigenous nations, conservation organizations and municipalities remain outstanding. Those will take time to move through the courts, he says.

“I don’t anticipate this project will be able to move forward until those challenges are dealt with,” he says. 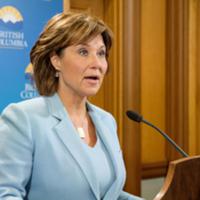 The Alberta government was granted intervener status in the coming Federal Court judicial review of the federal decision to approve the Trans Mountain pipeline, which is anticipated to take place in the fall. The review was sought by municipalities, including Vancouver and Burnaby, First Nations and environmental groups.

But both Clogg and Tollefson emphasize the same thing: the next B.C. government will have a wide range of options available to ensure the Trans Mountain pipeline benefits its citizenry.

“Their main regulatory obligation in relation to this project relate to the environmental assessment that they should have done and never did, and their duty to ensure that projects such as this do not proceed until they’ve fully discharged their duty to consult First Nations,” Tollefson concludes.

“I think on both of those fronts, a new government may well conclude that there’s more work to do.”