Advocates for foreign workers are launching a campaign to force the B.C. government to crack down on agencies from charging illegal fees for jobs in the province.

It is illegal to charge a person money for a job in B.C., but that doesn’t stop many employment companies from demanding fees from overseas workers, according to the West Coast Domestic Workers Association.

The association launched the Rising Up Against Recruitment campaign in Vancouver Friday, asking the provincial government to bring in new legislation to protect foreign workers, start an active enforcement program, and provide access to information and advocacy.

Alexandra Rodgers of the campaign said other provinces have stronger regulations to combat the practice of charging recruitment fees for foreign workers and B.C. needs to stop ignoring the problem.

“They’re being charged illegal recruitment fees by B.C. organizations who are recruiting them for B.C. employers,” Rodgers said. “Workers being charged these illegal fees are essentially being put into a relationship of debt bondage or indentured servitude. We need to create new provisions in the Employment Standards Act and also have enforcement.”

Rodgers said the province has adopted a complaint-driven system to enforce regulations that is failing all workers.

The provincial government also refuses to recognize there is a problem and insists foreign workers are protected to the same standard as resident workers, she added.

She said the employment fees usually range from $2,000 to $10,000, often with half the money to be paid to the recruiter in advance.

Many of the people being charged for jobs in B.C. are women working in domestic care, but workers in a variety of industries are affected, she said.

One worker who spoke at the organization’s media conference Friday said he was charged $15,000 for a job as a truck driver where he worked long hours and wasn't fully paid for his time on the job.

In 2012, a Tyee report that workers from China were being charged fees for jobs in B.C. mines sparked a provincial investigation. 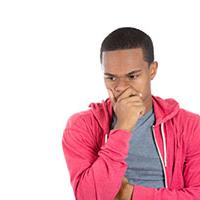 After the investigation, the provincial government said it couldn’t enforce B.C. laws overseas although the recruiter had branches in the province. The conclusion drew sharp criticism from labour groups.

“It doesn’t matter where the fees were charged,” she said. “What matters is that the recruitment process ends in Canada and it’s ending in B.C.”

The government needs to create legislation to hold employers jointly responsible with the recruiters, she said.

Rodgers said the federal government can also help protect the rights of foreign workers by making changes to the TFW program, including an end to the practice of tying people’s visas — and eligibility to remain in Canada — to a specific employer.