The house, with its imagined white picket fence and yard for children to play in, carries great significance for North Americans. Owning one is viewed as a sign of adulthood and measure of success. And as the name also implies, the house is seen as the ideal, even the normal, dwelling to raise a family in.

That’s not how University of British Columbia sociologist Nathanael Lauster sees these ubiquitous structures though. He calls the single-family house an “invasive parasite.”

“I’m not opposed to the house as part of a set of broader, diverse ways of living in the city,” Lauster insists, “but I am opposed to regulations that set aside land for houses and houses alone.” Too many houses, he argues, are bad for cities, bad for urban dwellers, and bad for diversity.

B.C.’s Lower Mainland geography is often blamed for its lack of room to build more housing: Metro Vancouver is fenced in by mountains, water and the Canada-U.S. border. According to Lauster, however, zoning rules are keeping us from building more on the land that we have.

More than 80 per cent of Vancouver’s residential land is reserved for “detached properties,” a category that includes both single-family homes and duplexes. But that four-fifths of the city’s land is occupied by just 35 per cent of households, according to data analyst Jens von Bergmann, who maps data exposed by Canada’s censuses.

To Lauster, that makes freeing up what he calls the “great house reserve” an overlooked solution to ease affordable shelter crises in places like Vancouver.

Lauster presents his ideas in a new book, The Death and Life of the Single-Family House, out this month. It charts the history of North Americans’ house addiction, enlivened by interviews with a variety of Vancouverites: a couple in a strata who are annoyed with its rules; a musician sharing a basement with friends; a single mom in search of social housing; and a landlord who hosted homestays.

Those interviews reveal the depth of our attachment to the single-family house. One woman calls it the “end-all, be-all” of home aspirations. Another called her desire to own a detached house, “really emotional.”

How have we become so obsessed with houses? Why do North Americans associate owning and living in one with the good life? Lauster offers some answers.

Houses give their owners maximum control over a significant amount of space. And many North Americans are simply used to houses as normal because they grew up in one themselves. That makes weaning Canadians off the house “a challenge,” said Lauster, “because it’s different from what their parents faced a generation ago.”

But the professor and author argues that the “good life” doesn’t depend on a house. Indeed, too many houses in urban environments can have harmful side effects.

Unlike denser environments, he points out, houses cultivate cars, encourage sprawl, and discourage transit and walking. And because you have to drive to go anywhere, houses also discourage physical activity — linking the house in Lauster’s mind to climate change and obesity.

Houses also cost more than other dwellings, with the result that neighbourhoods of houses explicitly exclude poor people and promote exclusivity. Vancouver’s prestigious Shaughnessy area, Lauster says, was intended to accommodate the city’s socioeconomic elite, and “keep out the riff raff.”

Houses are also often taxed at lower rates than other properties, which means that those in low-rise apartments or townhouses may pay more relative to their income than a wealthy house owner nearby.

And houses require housekeeping. For the person in the house with that responsibility, as well in many cases as raising children, living in a “detached” house can increase isolation.

“I hated suburbia,” one single mother told Lauster. “How everything is private and not shared. It felt like there was no community.”

We need to redefine success

Urban expert Jonathan Levine once quipped that, “a diamond is forever, a suburban R-1 zone nearly so” — drawing attention to the difficulty cities face in trying to ease more density into neighbourhoods of stand-alone houses.

Before policy can open those areas to more diversity in housing, Lauster says, a cultural shift is needed, “redefining what it means to be a success.” Today’s parents, he says, need to accept that kids can grow up healthy and happy without doing it in a house.

The market may also be doing its part. In Vancouver, for instance, skyrocketing prices — the price of a typical house on the west side is $3.6 million and on the east side $1.5 million, according to the Real Estate Board of Greater Vancouver’s September numbers — ensure that no one without a few million dollars to spare can hope to own a detached house in any event.

Lauster believes that means most people looking for a home in the city have accepted that owning a detached house they occupy alone is an impossibility.

Alternatives come in all shapes and sizes — and in arrangements that may be different from what some Canadians are used to.

When mom and dad already own a detached house in the city, it might be living in a laneway or secondary suite on the family property, or perhaps taking over the parent’s house entirely when they downsize elsewhere.

“Some people actually plan to do that,” said Lauster. But mostly it “only works if you have one child,” he adds.

Others accept that the urban core can be as good a place as suburbs to raise kids: convenient, with less yard work and maintenance, and more excitement.

That’s what another woman in Lauster’s book concluded, after a debate with her husband over whether to buy a house with his parents in the ‘burbs ended with the decision to move to an apartment downtown instead. She was pleasantly surprised by the family-friendly community she found there.

“We have become friends with all the people on the floor,” she said. “We literally leave our doors open. The kids run back and forth, and [we have] them over for dinner.”

Lauster says planners have been surprised by the number of Vancouver families who have made the same choice for downtown.

“If you go to a playground down there, there are kids all over the place!” said Lauster. “If you look at the number of families with children as a proportion of the population downtown, it looks quite small. But on a per-acre basis, there are way more kids downtown than in the suburbs.” One result: difficulty finding spaces in downtown public schools.

But finding an apartment with adequate space for a family isn’t so easy either. “Smaller, older three-bedroom homes have been replaced by larger, unaffordable single-family homes, or by multi-family housing that is more likely to include studio, one or two-bedroom units,” a City of Vancouver report found in July.

In response, Vancouver is considering a new policy to require that developers include more two- or three-bedroom units in their mix, as New Westminster did last year.

New ideas, people, in the mix

It’s not easy to say goodbye to the house. With four sturdy walls and a private yard, a single-family house is, as Lauster calls it, a “seductive” habitat.

But other housing types are creeping into several Vancouver neighbourhoods that once were strongholds of detached homes. There’s a mixed-use development at Cambie and Marine Drive with retail and offices as well as residential units. Detached houses on arterials like Oak Street have been rezoned for townhouses. Quiet residential pockets around the city’s Queen Elizabeth Park have been transformed into mid-rises. 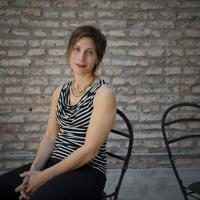 Should Homes Be Money?

Meanwhile you’ll see few if any houses on industrial land being repurposed for housing. Olympic Village on False Creek has over 1,000 condominium units and a new neighbourhood of multi-family dwellings is in the works at the River District in the city’s southeast.

The City of Vancouver expects about 170,000 newcomers by 2041, for a total population of 770,000. Lauster thinks they may offer house-addicted locals a lesson.

“Most people come here happy to try a different way of living,” he said. “Most know they can’t afford a single-family house anymore. That is really exciting in terms of providing the cultural support to the people who live here, to imagine a different life for themselves.”