PARIS -- Prime Minister Trudeau won high praise from several environmental groups for his opening remarks at the United Nations climate change negotiations in Paris. But not everyone in Canada's delegation was convinced those remarks will actually result in action. 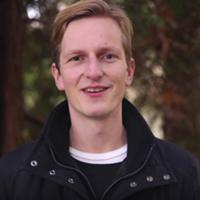 "Canada is back my friends," Trudeau told the international summit, which was attended by 150 heads of state, including U.S. president Barack Obama, on its opening day. "We're here to help."

He's backed up his words with a pledge of $2.65 billion to help developing nations fight climate change. Greenpeace Canada called it an "important contribution," while the David Suzuki Foundation was "encouraged by commitments made today by the prime minister." Both added that Canada has much more work to do in order to achieve lasting cuts to its carbon emissions.

Did you know: Geoff Dembicki's coverage of the Paris climate talks is 100 per cent funded by Tyee Builders.

Last week, The Tyee launched a Builder drive asking readers to chip in as little as $3 per month to support reporters like Geoff in 2016 and beyond.

But in a press conference deep inside the converted Le Bourget airport where nearly 200 nations will be meeting over the next two weeks to broker a global agreement on climate change, Trudeau was not completely forthcoming on specifics.

The prime minister has promised to meet with all the premiers within 90 days of the summit. But reporter after reporter asked Trudeau when exactly he would show Canadians concrete climate targets and a timeline for achieving them. Trudeau instead spoke about Alberta's recently announced carbon tax, Ontario's coal phase-out and other provincial actions. "We have started putting elements in place for [a national] plan," he said. One reporter noted that "there was no real answer" to their questions.

Standing against the far wall I spotted Vancouver mayor Gregor Robertson, who in November pledged to take his city towards 100 per cent renewable energy by 2050. I asked him what it was like working with Trudeau on climate change compared to the previous Conservative government of Stephen Harper. "There's been a massive shift in the level of engagement," Robertson said. "We were struggling to have any cooperation from the Harper government to meet our goals to be the greenest city in the world. That's all changed now."

Robertson said he's met with Trudeau and other ministers to discuss how Vancouver can contribute to deep carbon reductions in Canada. "Given the damage [Harper's inaction] did it will take time for the federal government to gear back up," Robertson added, "the follow-through is essential."

Afterwards I saw Torrance Coste outside the press conference shaking his head. "Trudeau spoke for almost half an hour without really saying anything," said the campaigner from B.C.-based green group the Wilderness Committee. "Talking about eventually investing in clean energy is not presenting a plan to reduce emissions."

Coste is part of the official Canadian Youth Delegation, whose request to meet with Trudeau during his time in Paris was denied. "Bringing Harper's climate targets to COP21 is not real change," Coste went on. "Trudeau is talking [about] acting on climate, but not walking the walk. What we're getting is a shiny veneer on the same old inaction and foot-dragging that we youth are used to from the government of Canada."

Back in the spring Harper promised that by 2030 Canada's emissions would be 30 per cent lower than 2005 levels, which was among the least ambitious target of any developed country.

"It's disappointing we're not hearing new targets today," said Green Party leader Elizabeth May after I caught up with her in the labyrinthine hallways of Le Bourget. "We're negotiating here at COP21 and Canada's plan is still the plan of the previous government." Still, she added that Trudeau's language on climate change is "night and day" compared to Harper's. And she was sympathetic to the fact that Trudeau had less than a month to prepare for the Paris talks after being sworn in as prime minister on Nov. 4.

At previous climate talks Canada was actively "undermining progress," May said. "It's been a horror to be Canadian in the past. At least now we feel cautiously optimistic that our reputation will change."

Evidence of that shift could be seen during the first "Fossil of the Day" awards of the Paris negotiations, which are given by civil society groups to the countries perceived to be holding back progress on climate change. Under Harper's leadership, Canada has won dozens of them. It was getting late in the day as Al Jazeera satirist Dan Ilic took to a small stage in a long skeleton-print tuxedo. Hundreds of Paris delegates and reporters had gathered to watch. I stood near the back of the crowd. For a moment I wondered if Canada would yet again be honored for its inaction.

But I breathed a small sigh of relief as Illic announced the day's laggards: Belgium and New Zealand. For the time being civil society had found a new set of villains.