If you ask Rosalind Poon about the science class of yester-year -- the kind my generation, my parents' generation and their parents' generation attended, where the entire class follows the same instructions for an experiment like it was a recipe for baking cookies -- it doesn't explain how real science happens. 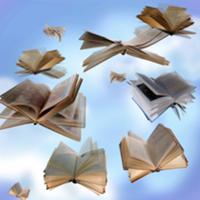 "If you think about champagne or penicillin," said Poon, teacher consultant with the Richmond School District and a trained biology teacher, "a lot of our discoveries are discovered by mistake."

When science teachers take a "student-centred, inquiry-based" approach that presents students with information and encourages them to ask questions and find answers themselves, science class looks a lot more like a science lab.

"It really follows the scientific method, but it gives opportunities for students to explore their own learning," she said.

That's why more districts -- and more teachers -- in British Columbia and across Canada are turning to the Smarter Science framework.

'It's about doing something': Poon

For example, a science lesson on insects taught the old way would have students answering questions from a text or made up by the teacher. The Smarter Science method would present students with information on insects, and follow that up by having students ask their own questions about insects.

But instead of the teacher or the text answering that question, the Smarter Science method has the teacher guiding students to create and perform their own scientific experiments.

Say a student is curious about how the shape of a bug impacts its ability to fly. Instead of simply Googling the question, the students make models of bug exoskeletons to study their aerodynamics. Students then analyze and interpret their results -- the round bug seems to move faster than the box-shaped bug, why? -- followed by documenting the whole process and sharing their findings with the class and teacher.

Looking at those metrics alone, Smarter Science seems to be a success: this past May British Columbia took home three out of four top awards from the nationals in Fredericton, and first and second place at the international fair in Pittsburgh, PA.

"B.C. students have done the best they have ever done at the national and at the international levels, as far as science fair activity and success is concerned," said Patti Leigh, founder and executive director of B.C.'s Science Fair Foundation.

B.C. students have always ranked, but "certainly we've never had the success we were shown this year."

Smarter Science isn't a curriculum -- it isn't about what you teach but how you teach it -- making the framework applicable to science at all grade levels.

Poon, a biology teacher before she began working for the district, uses the Smarter Science framework when teaching the Biology 12 summer school course.

"In my own experience there's definitely a lot more engagement when I use the Smarter Science process," she said. "I'd say short-term I see changes in the way the students respond in terms of their interest level and the fact that they have some choice around what kind of inquiry questions they can investigate."

But the summer course, a condensed version of the regular semester offering, is her only chance to see Smarter Science's impact on actual young students.

Born out of Ontario's Thames Valley District School Board in 2006, Smarter Science was started by teachers who wanted to make science engaging and fun for their students. Done properly the framework enables students to act like scientists: identify a question they're genuinely curious about, hypothesize an answer, and experiment to find the result.

"This is a very effective way of teaching science," said Brad McCabe, executive director of Youth Science Canada, which promotes and trains teachers to use the Smarter Science method.

"You've got so many different [student] personalities in a classroom, and this is one great way to ensure that those learning styles for the largest number of students are met in a great way. Because it allows [students] to approach it from their own style."

In her own Richmond School District, Poon trained about 10 teachers to use Smarter Science last year. Over six weeks she led three workshops and spent the rest of the time with individual teachers in their classrooms to help them use the framework in their own lessons.

But many more teachers have taken introductory workshops offered by the district or during Catalyst, the BC Science Teachers' Association's annual conference.

"It's been well received, and it's usually one of those sell-out feature sessions for us," said Poon, who also wears secretary of the Science Teachers' Association as one of her many hats. As the name of the conference suggests, Poon says the introductory workshop is often what the Catalyst teachers need to enrol in the in-depth training.

B.C. Science Fair Foundation's Leigh estimates there are 50 teacher trainers like Poon and over 1,000 teachers trained to use Smarter Science in B.C. Canada-wide, McCabe estimates 1,500 teachers a year get the training, mostly in B.C., Ontario and Alberta.

But although the program is open source, it isn't free: groups wanting to take the training pay an $850 fee to Youth Science Canada per full day of training. The Catalyst introductory workshops are $125 for both half-day sessions -- some districts cover teachers' costs with professional development funding, but Poon says most teachers pay out of pocket.

There are other options. As its name suggests, the Robertson Program for Inquiry-Based Teaching in Math and Science out of the Ontario Institute for Studies in Education at the University of Toronto also favours science ed that leads learning with student questions and experimentation, rather than following a textbook "recipe." But unlike Smarter Science the Robertson Program has mostly Ontario-based partnerships with the education ministry, school boards, and universities to spread their program.

The Richmond School District believes in Smarter Science enough to pay for Poon's recertification as a teacher trainer, and she plans to offer more six-week training sessions for teachers next year. And at the fall Catalyst conference also happening in Richmond in October, the BC Science Teachers' Association is offering introductory Smarter Science workshops for the third year in a row.

The B.C. government doesn't officially endorse Smarter Science, but there are similarities between the model and the "personalized learning" model the ministry of education does endorse.

Government makes decisions on what is in B.C.'s science curriculum, but until recently was mostly hands-off with how the curriculum was taught.

That changed this spring when the province passed the Education Statutes Amendment Act. The controversial bill gave the ministry the power to override the professional development choices of teachers and their districts.

The BC Teachers' Federation sees the move as a distraction from widespread underfunding of public education. According to the union, B.C. teachers undergo at least 25 hours of professional development every year, on top of the university degrees they already have.

But the ministry maintains the change is to ensure teachers are making the most of professional development, or "pro-D" opportunities. The ministry promises to work with the teachers' union over the next two years in developing new regulations.

In an email to Tyee Solutions Society, a ministry of education spokesperson said government has no position on Smarter Science, and is backing off from directing pro-D choices. "Teachers have considerable autonomy and flexibility in determining which programs and services they pursue in receiving professional development," reads the emailed statement.

If teachers use that autonomy to continue to adopt Smarter Science, more B.C. classrooms could see more hands-off science teaching too -- and more support for students getting their hands dirty with "real" science.