The number of people convicted of tax evasion in Canada has dropped by more than half since 2009, according to figures from the Canada Revenue Agency provided to The Tyee. 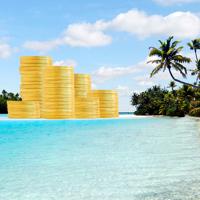 The figures show that over a one-year period, between 2009-10, there were 216 people found guilty of tax evasion, involving a total of $26 million.

Similarly, over a one-year period from 2013 to March 2014, there were 98 people convicted for tax evasion, involving $27 million.

Conviction figures since March 2014 are not available.

Although the number of convictions dropped dramatically, the sum total of income revenue that was not declared rose slightly.

On the face of it, the drop in convictions suggests there may be fewer tax cheats in Canada, but critics say the numbers suggest that the CRA, hobbled by budget cuts, doesn't have the resources to catch them.

"It is a reflection of the priorities of the government," said Murray Rankin, the NDP opposition critic for national revenue. "They're taking money out of the CRA, money out of enforcement and money from experts they need to get cheats and they're spending it elsewhere."

The New Democrats often question the Conservative government on their performance on tax recovery. They argue that the $250 million in cuts started in 2013 and finished by 2016, plus the loss of 2,500 full time jobs in recent years, has taken its toll.

Rankin said CRA employees have told him in confidence budget cuts at the agency are affecting its ability to weed out tax evaders. And they say the Harper government has not taken the issue seriously.

To save money, the CRA has hired younger, less experienced employees who are not as adept as the veterans at catching cheats. A report in the National Post from 2012 notes the CRA laid off 400 auditors in criminal investigation, special enforcement and voluntary disclosure divisions.

Rankin said it takes years of experience to learn how to sift through the numbered companies, offshore accounts and shelters used by many tax evaders.

He argues the cuts also make access to tax services harder for Canadians.

However, a spokesperson for the CRA said despite budget cutbacks, the resources for tax evasion investigations have not been reduced.

The CRA said the agency has been restructured. And while there are fewer investigations, those probes are more extensive. As a result, even though the number of convictions has been cut in half, the length of jail time served by convicted tax cheats has been greater.

"Since 2012 the CRA has placed a sharper focus on investigating promoters/insiders who are facilitating and encouraging non-compliance," CRA media spokeswoman Jelica Zdero said in an email. "These changes strengthen the CRA's ability to criminally prosecute those who commit tax crimes."

Zdero said that between 2009 and 2014, there were 783 convictions stemming from $150 million in evaded federal taxes.

Debi Daviau of the Professional Institute of the Public Service of Canada said members have told her that budget cuts combined with department restructuring have lead to weaker enforcement and fewer experienced employees.

Meanwhile, Dennis Howlett, the executive director of Canadians for Tax Fairness, said he's seen indications that prosecutions were down, but said he didn't know they were down so much.

The organization is a non-partisan group promoting a progressive tax system to properly fund public services.

He argued that, contrary to what the CRA said, cases of tax evasion that are simple are more likely to be prosecuted while complicated ones involving more money aren't pursued.

Even if larger cheats are exposed, such as some have been through leaked documents detailing secret bank records in places like Luxembourg, the offenders have a quick and easy way to avoid prosecution; they just pay the money they owe as soon as they can, Howlett said.

"It means there's no real deterrent at all," he said. "You can hide your money away and on the very small off chance someone leaks a list and they come after you, you can quickly go the voluntary disclosure route and you won't pay anything more than you would have in the first place."

How many of those disclosures were the result of impending investigations is not known.

Still, Howlett insisted the government isn't doing enough to make sure everyone pays their fair share of taxes.

He said it's part of a plan to reduce the amount of money government has to work with in an attempt to deplete the power of the civil service.

"It's a classic right wing thing," he said. "They want to decrease the size of government."