The Canada Revenue Agency has picked a fight with the wrong guy. Arne Sorbo is an unlikely, but very real tax hero. 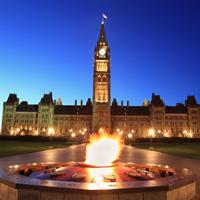 Tax Cheaters, Give Us Back Our Money

His story is one of an ailing but feisty B.C. senior pushing back against unfair, disrespectful and ineffective practices of the Canada Revenue Agency. It has struck a chord with Canadians across the country.

It is pretty safe to say that the great majority of us are prepared to contribute our share to finance important public services. Like Arne Sorbo, we have to do it faithfully, every year. But it also seems that just about everybody has a story to tell about their encounters with the CRA. Sadly, a lot of those stories conclude with just giving up and giving in.

But that's not what happened to Arne Sorbo. The 88-year-old former accountant struggling with Parkinson's and dementia got dinged for forgetting to include information about a small pension on his 2011 tax return. What followed for him and his accountant son, Michael, was a series of hellish encounters with CRA front line personnel. The case isn't settled yet, but recent media reports seem to have lit a fire under the agency, which is now admitting that the case might not have been handled well.

Turns out they made even more mistakes than Arne did -- even declining a spousal deduction for his wife because they insisted she was decades younger than her actual age.

$170 billion hidden in havens by Canadians

That's not the only mistake the CRA has made recently. And some of them are a lot more serious.

They have chosen not to get tough with the tax haven, tax-dodging practices of Canadian multinationals and the very wealthy. Instead they go after small businesses, the self-employed and now, apparently, fragile seniors who have dutifully paid taxes all their lives.

Everyone from tax professionals to regular taxpayers are noticing how little effort the agency appears to put into chasing wealthy tax cheats, compared with the resources it puts towards smaller players.

It is the rest of us who pay the price when the CRA ignores Canada's role in shifting profits to tax havens like Barbados, Cayman Island and Switzerland.

And that's just the tip of the iceberg.

Canada's Parliamentary Budget Officer -- our independent financial watchdog -- has repeatedly advised the government that we need a system to calculate the amount of tax revenues missing due to serious tax avoidance practices. This is known as the "Tax Gap." The answer from successive revenue ministers has been that creating such a calculation is "too complicated." This is perplexing since many other countries use such a calculation successfully.

They do it because it gives them the information about where the biggest tax avoidance problems are. It helps them assign auditors and other tax professionals who can go after wealthy tax cheats.

Instead of following suit, Canada has given lay-off notices to hundreds of senior tax auditors and dismantled units that specialize in investigating the murky world of offshore tax cheats. Going after the little guys is so much easier it seems.

That attitude reinforces the attitude in some corporate circles that it is smart business to hire tax lawyers and accountants to avoid paying taxes. Canada has the lowest corporate tax rate in the G7. Yet that isn't good enough for the likes of companies like Cameco, Gildan and others who use Canadian resources and services but think that it is up regular guys like Arne Sorbo to pay for them.

There are no doubt many good, kind professionals working at the Canada Revenue Agency. But their hands are tied by a culture of perpetual re-organization, layoffs, budget cuts and red tape. It is affecting the CRA's ability to do its job. That bureaucratic inertia and quota system is likely why tax officers go after easy targets.

Taxes are the price we pay for living in a country like Canada. If invested properly, they are a good deal. They bring us health care, transportation, education and security that we could never afford if we were going it alone.

Hopefully, Arne Sorbo will inspire the government to take a close hard look at the CRA and give Canadians the system they deserve.