Post-secondary institutions in British Columbia should not have to hire lobbyists to talk to the government, said Advanced Education Minister Andrew Wilkinson, who himself once lobbied the government on behalf of a B.C. university. 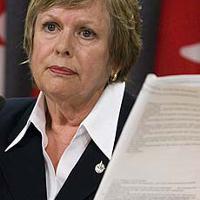 Universities Spend to Get Government's Ear

For the second day in a row, Wilkinson faced questions in the Legislature from New Democratic Party critics about why publicly funded colleges and universities have been hiring lobbyists to approach the government.

Outside the Legislature, Wilkinson told reporters he intends to broach the subject with B.C. colleges and universities, adding he doesn't believe they need to hire lobbyists to get past his door.

"I'll be embarking on a conversation with our post-secondary institutions to tell them I've been on this job now about two months and I consider myself to have a wide open door and expect them to come and see me whenever they see fit," Wilkinson said. "I would be surprised if they see the need to retain government relations professionals."

On Monday, the NDP revealed that Kwantlen Polytechnic University had spent $177,000 to hire Liberal insider Mark Jiles and the Bluestone Group to lobby provincial cabinet ministers and MLAs starting in 2009. At the time Amrik Virk, now the minister of technology, innovation and citizen's services, was on the KPU board.

Tuesday NDP leader John Horgan, asked Wilkinson again about KPU, broaching the minister's past as a lobbyist for Simon Fraser University in Burnaby.

"Is your lack of sympathy in this regard a result of the fact that you also worked with Mr. Jiles... and lobbied on behalf of Simon Fraser University? Are you okay with this because you benefited from it?"

Wilkinson didn't answer directly in the house, but attacked the line of questioning as "Empty allegations from an empty caucus running out of gas."

In 2009 The Tyee reported that Wilkinson had registered to lobby on behalf of SFU, part of a trend of well-connected Liberals registering to talk to the government on behalf of publicly funded institutions.

At the time Wilkinson was a lawyer in the Vancouver office of McCarthy-Tétrault, the law firm he joined in 2006. Wilkinson was also a past president of the B.C. Liberal Party.

A spokesperson for SFU explained, at the time, that hiring someone like Wilkinson was a "fast and convenient" way for the school to put its case forward to the government. "He understands the government process and so on and so forth."

On Tuesday Wilkinson said that his work for SFU was as a lawyer, but that the Lobbyists Registration Act is worded in such a way that it was necessary for him to register.

"When I was practicing as a lawyer we of course complied completely with the law and I was following the definition of consultant lobbyist so I registered on behalf of SFU," he said. "As a lawyer one is always very careful to fully and completely comply with the law... I and my firm went out of our way to make sure I was registered."

Kathy Corrigan, the NDP's advanced education critic, told reporters that lobbyists perform a useful function. However Corrigan added that post-secondary institutions, which are funded through taxes and tuition fees, shouldn't be hiring them.

"It shouldn't be happening," she said. "That's money that's supposed to be going to the students in the classrooms. It's tuition fees that are paid by students and it's taxpayer money and it should not be used to pay for lobbyists by B.C. Liberal appointees to lobby their own government. It's just wrong."

During question period Horgan pointed out that Jiles, whose Bluestone Group received $177,000 from KPU, donated $50,000 to the BC Liberal Party.

Corrigan noted that in 2011 Vancouver Community College had paid B.C. Liberal insider Don Stickney $75,000 to help engage with the government. Stickney had been a key organizer on Premier Christy Clark's leadership campaign, she said.

And David Eby, the MLA for Vancouver-Point Grey, said the board at Royal Roads outside Victoria spent $40,000 to hire the Pace Group, a company with close connections to the BC Liberals.

"It is a real Liberal inside family," Corrigan said outside the house. "It is Liberal-appointed boards of the universities and colleges who are employing Liberal insiders to lobby the Liberal government. It just goes round and round."

Taxpayers and students are paying for the apparent lack of communication, she said. "It needs not to happen anymore."

Wilkinson said post-secondary institutions make their own decisions, but he'll let them know they don't need to employ lobbyists. "I'll be conveying to them I don't see the need for them to retain government relations specialists," he said. "They do have a duty to their students, a duty to their boards, to spend their money in the students' interests and pursue their mandate of teaching and research, that's where the focus should be."

Asked why as minister he doesn't just refuse to meet with lobbyists representing the schools, he said, "That could be a first step."