British Columbia has the fifth highest child poverty rate in Canada, according to the 2014 Child Poverty Report Card released today by First Call B.C. Child and Youth Advocacy Coalition. It's an improvement from a year earlier when B.C.'s rates were the highest in the country. 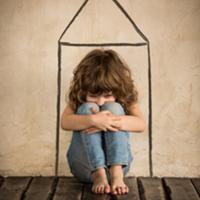 Warning: Child Poverty Is Hazardous to Our Health

But hold the celebration. Although Manitoba, Saskatchewan, Nova Scotia and New Brunswick surpass B.C. in child poverty, First Call, a child advocacy group, says B.C.'s decrease is likely due to a change in data availability.

Previously, First Call relied on data from Statistics Canada's long-form census and the Survey of Labour and Income Dynamics, which measure the number of low-income families using the Low-Income Cut-Off. Under that definition, a person who spent more than 63 per cent of his or her income on food, clothing and shelter was classified as low income, according to Statistics Canada.

However, Statistics Canada cancelled the long-form survey in 2010 and the Survey of Labour and Income in 2011. As a result, the 2014 First Call report, which uses data from 2012, marks the first time First Call has had to report without that information.

Instead, the group used 2012 T1 Family File taxfiler data, the most recent data available from Statistics Canada.* The taxfiler data uses the low-income measurement, meaning any household that makes less than 50 per cent of the median income of a household of a similar size is considered low-income.

However, the low-income measurement doesn't calculate the differences in the cost of living in various cities and provinces, the First Call report said.

The Tyee sought the advice of three anti-poverty organizations, asking each to suggest one initiative to alleviate poverty. They offered many suggestions, but we whittled the answers down to three recommendations.

"Increase welfare and disability rates immediately in B.C.," Garner said, adding the government should link rates to the Market Basket Measure low-income line, another Statistics Canada measurement that calculates the total cost of basic necessities including food, clothing and housing for a family with two adults and two kids, aged 9 and 13. In a city the size of Vancouver, both families would receive $7,176 per month in 2011 dollars.

Currently a family of two parents and two kids, ages 10 and 12, on social assistance has a monthly income of $1,806.04, including federal and provincial benefits tax benefits. If they received disability instead they would receive $2,110.54. Neither rate has increased since 2007.

Next month, Social Development Minister Don McRae is set to gather public feedback on the full clawback of child support payments from parents on assistance. In October three single mothers on assistance announced they were suing the province over the policy.

Sturge suggested the province allow for a partial exemption, like in Quebec, where families on assistance are allowed to keep $100 of their child support. She doesn't believe the government would consider a full exemption.

"You might have seen people working in a job where that's not where their skill sets are because they couldn't get their credentials recognized," she said.

"Some people who might be [trained] as an engineer but they couldn't get their credential recognized, [so they] drive a taxi."