The reports come so often that we shrug them off. Over and over, child and youth watchdog Mary Ellen Turpel-Lafond tells us the British Columbian government has failed yet again to protect children. 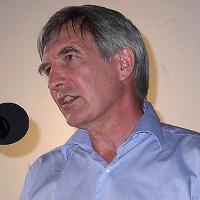 A Visit with the Income Gap Doctor

Again and again, B.C. is the province with the most poor families with children. As the political mantra goes, no one cares so it doesn't matter.

It is not just a B.C. problem. The Conference Board of Canada points out that 15.1 per cent of Canada's children live in poverty. That's one in seven of all the kids in the country. It's scant consolation that the poverty rate among American children is over 20 per cent. In the Nordic countries, the rate is two to three per cent.

No one cares to remember that back in 1989, the House of Commons voted unanimously to get rid of child poverty in this country by the year 2000. Times change, and so governments. To paraphrase La Rochefoucauld, we always find the strength to bear the misfortunes of other people's children. No one cares so it doesn't matter.

But poverty, we now see, is worse than a misfortune for poor children: it means a stressed and unhappy life and an early death. This spring, UNICEF reported that 80 per cent of the human brain develops (or fails to develop) in the first five years of life:

"• In the 1st years of life the brain grows at the pace of 700 new neural connections per second, a pace which is never achieved again.

"• By 3 years of age, a child brain is twice as active an adult brain.

"• It is early life experiences that determine the capacity of the brain."

If those early life experiences are stressful, as they usually are in poor families, the child is already condemned to a shorter life. A scientific report this spring in the Proceedings of the National Academy of Sciences finds that children growing up in the stress of disadvantaged environments actually suffer genetic change: the telomeres on their chromosomes, which protect their genes, are shortened. Telomeres normally shorten with age, so stress prematurely ages children before their time.

Meanwhile, stress hormones actually remodel the child's brain, and not for the better: "Early life events influence life-long patterns of emotionality and stress responsiveness and alter the rate of brain and body aging."

If any adult walked through a kindergarten class of 21 children and deliberately struck three of them in the head with a blackjack, causing lifelong brain damage, that adult would be hunted down and jailed. Yet as a society we not only permit such brain damage, we practically legislate it by keeping families poor.

We might defend ourselves by pointing out how much worse things are overseas. Just in time for Mother's Day, the charitable organization Save the Children has released a horrifying report. State of the World's Mothers 2014 focuses on mothers and children in humanitarian crises like South Sudan, Syria, and Typhoon Haiyan in the Philippines. Some numbers:

• Every day, some 800 mothers and 18,000 young children die of preventable causes; over half of these deaths occur in conflict zones or in natural disasters.

• Worldwide, women and children are up to 14 times more likely than men to die in a disaster.

• For every person killed directly by armed violence, between three and 15 die indirectly from diseases, medical complications and malnutrition.

But while the report focuses on such overseas disasters and their possible solutions, it also shames us here in North America. After Hurricanes Katrina and Sandy, poor people -- especially poor women and children -- suffered most. The same is true for communities recently hit by tornadoes and other extreme weather events.

Canada: Sinking down the Mothers' Index

Save the Children's Mothers' Index ranks nations on five indicators:

• Economic status (per capita GNP); and

On those indicators, the United States ranks #31 and Save the Children is scathing:

"In the United States, women face a one in 2,400 risk of maternal death. Only five developed countries in the world -- Albania, Latvia, Moldova, Russian Federation and Ukraine -- perform worse than the United States on this indicator. ... The [U.S.] under-5 mortality rate is 7.1 per 1,000 live births. This is roughly on par with Bosnia and Herzegovina, Macedonia, Qatar and Uruguay."

Canada was #2 in the first Mothers' Index in 2000, right behind Norway (the U.S. was #4). We were in the top 10 for seven years, but we dropped out after 2006 (we were then #9) and we're now at #18, right behind Slovenia. Curiously, our fall in ranking coincides with the rise of the Conservative government.

Yet these countries provide superb healthcare, childcare, education, and even work for single mothers, while keeping child poverty under three per cent. Finland is #1 on the Mothers' Index while maintaining an air force including 62 F-18 jet fighters. Sweden, #3, builds its own fighters and admits far more Syrian refugees than Canada. What's our excuse?

Kids are not disposable

Given what we now know about child poverty and the damage it does to the growing brain, we'd be brain-damaged (and soul-damaged) to let it continue. These children, as politicians love to tell us, are our future and our greatest resource. Yet those politicians treat them like disposable tissues.

Not that the pols are unusually hard-hearted or vicious, but they are feeling effectively zero pressure to do something about it, and a lot of pressure to ignore it. Inequality is taken for granted, and so is the damage it does. The B.C. government seems to shrug off Turpel-Lafond's damning reports, and oh-dears its way right past them. Special-needs students then come into the schools in predictable swarms, but Victoria feels no pressure to address their needs.

By 2050, today's kids will be either tax producers or tax consumers: productive workers, able to support their own families, or people who can't earn enough to support even themselves, let alone seniors and school children. They may even be living in prison, all expenses paid. All our kids will be struggling in a turbulent world of social unrest, climate change, and economic upheaval. Not one of our kids is disposable, now or in 2050.

We should no more allow a child to be poor than allow that child to be unprotected against polio or encephalitis. Give it a foothold and the disease will spread even to the top one per cent.

And those who tolerate poverty, whether of children or their parents, are public health hazards comparable to malarial swamps and cholera in the drinking water.