These are uncertain, difficult times for many towns in the Central Interior of British Columbia and this turbulence often bubbles up in municipal election campaigns. Although not immune, Prince George is the largest central interior town and more insulated and diversified than the other smaller forestry-based communities in the region which are facing further devastating mill closures and a variety of economic problems. 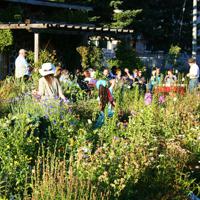 Nonetheless, the last three years of municipal government in Prince George have certainly been stormy, and this factor haunts the current elections. Outgoing mayor Shari Green and her faction on council were deeply unpopular for many as a result of a policies that, while claiming to keep taxes low and be fiscally responsible, included jacking up user fees for a wide range of city services, as well as hiking utility fees by as much as 45 per cent.

This was accompanied by what many felt was a tendency to squander city funds on unnecessary projects, such as a Core Services Review that cost over $300,000 (the same amount the City of Toronto paid for a similar review), a million dollar "Cadillac" parking meter system for downtown (that was ultimately defeated), and a $130,000 snow removal report conducted by a consultancy firm trucked in from Maryland, USA.

Another controversial project pushed early in the term was a River Road dike with a $6 million price tag for the city. In a spirited show of opposition, over 9,000 people signed a petition (under the Community Charter's Alternative Approval Process) against borrowing money for the dike and city hall was forced to abandon the project.

Perhaps, nothing symbolized the city government's profligacy more than the opening of a brand new police station (initiated by a previous council) constructed in chalet style, with spectacular wooden columns at the front and floor to ceiling plate glass windows. The final cost -- almost $40 million, not counting interest payments.

In addition, last winter, the city was hit with a disastrous snowstorm and accompanying thaw/freeze cycle that left many roads all but impassable for weeks on end and prompted a barrage of criticism from all quarters. A major cause of the fiasco? The city administration did not bother to send out snow crews in a timely manner. The aim, according to some observers, was to turn public sentiment against city workers who were scheduled to go on strike.

In the course of all this, city council became dysfunctional. More power was concentrated in the mayor and city manager offices, with those councillors on the "outs," marginalized and cut off from information. The result was a deeply divided council, a citizenry that lacked trust in the city administration, and plummeting morale amongst civic employees.

After such a troubled term in office, Shari Green did not put her name forward to run again. Instead, she is now seeking the Conservative Party nomination in the federal riding of Cariboo-Prince George, a competition that has recently sunk into controversy and charges of dirty tricks.

Which brings us to the upcoming Nov. 15 elections. Two candidates are running for mayor -- Lyn Hall and Don Zurowski. A major task facing each has been to put distance between them and the unpopular decisions of Mayor Green and the previous council.

Lyn Hall sat on that council. Although during the first half of his term, he tended to go along with Mayor Green and her faction. In the second half, he opposed a number of her initiatives, including the proposed downtown parking scheme and the selling off of the city-owned Pine Valley golf course. He also tried to soften the blow of some of the more drastic user fee hikes. In the current mayoral campaign, Hall pledges to reconnect with an alienated community by holding council meetings out in neighbourhoods. Nonetheless, for many, he is still painted with the same brush as the Mayor Green-led council and has not differentiated himself enough.

Don Zurowski, a former city councillor a few years ago, ran for mayor in 2008 but lost by a wide margin. In this campaign, he has awarded the previous Mayor Green and council a failing grade. But many feel that he is ideologically closer to Green and has inherited a lot of her pro-business support. A major plank of his campaign is to increase Prince George's stagnating population from 80,000 to a whopping 100,000.

The mayoral contest in Prince George often comes down to a race between a mainly business supported candidate, and a candidate supported by a section of business along with labour. This contest is no different, with Don Zurowski fitting the former classification and Lyn Hall the latter. Policy wise, though, there does not appear to be huge differences between them, with both candidates avoiding definitive statements about many issues, choosing vagueness and generalities instead. Indeed, as a measure of their political similarity, it is rumoured that both Hall and Zurowski were approached by local provincial Liberals a couple of years ago to replace retiring MLA Pat Bell.

In this mayoral campaign, there is an eerie echo of the provincial election of 2013 in which BC Liberal Christy Clark barnstormed around the province promising a $100 billion LNG prosperity fund and tens of thousands of new jobs. At that time, Adrien Dix, NDP leader, was faulted for not puncturing Clark's natural gas balloon and not aggressively going after the Liberal government's tarnished record.

Like Christy Clark, Zurowski aims high, claiming that, under his stewardship, Prince George will surge from 80,000 to 100,000 residents. But he has not made it clear how such dramatic growth will be achieved. Furthermore, with limited substantiation, he boasts about the accomplishments during his terms on council in the late 1990s and early 2000s. Some feel that, by letting these claims and boasts go largely unchallenged, Lyn Hall has been sipping too much of Adrien Dix's "I'll take the high road" kool-aid.

So far, the two mayoral candidates are running neck-and-neck. Whichever one has the best machine to get the vote out on Nov. 15 will likely win.

Perhaps even more crucial than the mayoral contest is the race to scoop up the eight councillor positions. Although there will undoubtedly be crossover votes on issues, most candidates can be put into two very loose groupings. One group follows a harder line pro-business agenda and the other, while far from socialist, shows more sympathy for labour issues. Depending on who becomes mayor, a shift of just one or two seats could tip the majority on council either way. This configuration will be especially important when issues such as contracting out and privatization come up on council's agenda.

Similar to Hall, the incumbent councillors are distancing themselves from the previous council for fear of being tarred with the same brush. Several incumbents, especially the labour supported ones, have a record of opposition to some of the more unpopular decisions, while others were part of Mayor Green's faction or went along with it on a variety of issues.

A number of new candidates, some with impressive credentials, are running for council this time and may have a shot at filling the vacant or vulnerable seats. Spurred by deep dissatisfaction with the old mayor and council, voters are much more engaged than the 2011 municipal election where only 29 per cent participated. Indeed, a couple of candidate meetings have had overflowing crowds. Who will these new voters cast their ballot for? Usually incumbents have a substantial advantage in municipal elections, but this time around being too closely associated with the old council's unpopular decisions may be a liability.

Although many of the main issues in the campaign, such as the snow clearing fiasco and user fee hikes, are inherited from the old council, what is surprising are the important issues on the horizon that either are not being discussed or are treated superficially.

In that respect, a great wave is descending on the municipal level of government in Prince George and across the country that threatens to swamp it. This wave includes the huge cost to replace aging infrastructure, downloading from the federal and provincial governments, possible privatization or contracting out of city facilities and services, the EU trade agreement which will profoundly affect local procurement and lock in big business privatizations, and the growing push for user pay services.

From the other side, there is the demand by citizens for democratic mechanisms that give them more decision-making power and input at the municipal level.

One thing for sure -- whichever mayor and councillors are elected, some or all these important issues will be landing with a big splash on the council table in the days and months after Nov. 15.