[Editor's note: In the third of four pieces, the Tyee's Bob Mackin looks at the issues and personalities in key municipal races.] 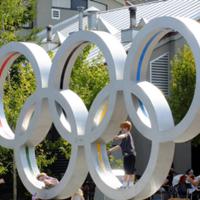 Rob Kirkham is seeking a second term as mayor, but Patricia Heinztman, a popular councillor who entered the race at the last minute, is running a strong campaign.

As late as September of this year, Heintzman said she wouldn't seek another term on council, but changed her mind Oct. 9, announcing her candidacy for the mayoralty the day before the nomination deadline. Heintzman has chaired the Squamish-Lillooet Regional District for the past six years and is president of the Lower Mainland Local Government Association.

Squamish, once known as a drive-through community, roughly halfway between Vancouver and Whistler, has grown, mainly due to high housing costs in Vancouver.

Natural draws such as the Stawamus Chief and Howe Sound have made it an outdoor recreation tourism destination.

Whoever becomes Squamish mayor will inherit the file on a controversial proposed LNG plant. The Singapore-based Pacific Oil and Gas's wants to transform the old Woodfibre pulp mill into a liquefied natural gas plant and port.

The stakes are high. The company, headed by billionaire Sukanto Tanoto, wants to have the plant running by 2017, in time for the next provincial election.

A LNG plant so close to the Vancouver area would boost Premier Christy Clark's aim to convert skeptics to her LNG expansion plans. Opponents, however, warn the plant could harm Howe Sound's air and water.

Heintzman has said she's opposed to the project, while Kirkham likes the idea of more jobs.

"Is the project worth it? No," Heintzman told the Squamish Chief newspaper.

Kirkman says the plant could bring more jobs to Squamish. He points to a committee he struck to look at the project's pros and cons.

"Approval for this project rests with the province, therefore it is critical for council to be present at the table," Kirkham told the Squamish Chief.

Mark Cameron, a former senior policy advisor to Prime Minister Stephen Harper, is a registered Woodfibre LNG federal lobbyist. BC Liberal-connected Kirk and Co. Consulting was hired by the company to perform its public consultation.