A Squamish Nation member, on a quest for band transparency and accountability, wants police to investigate after a damning report found two high-ranking officials spent $1.5 million of emergency funds without keeping receipts. 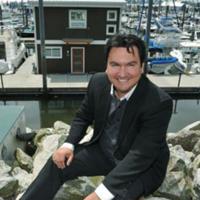 BC Sheds Real Estate to First Nations in Opaque Deals

"We really want to know what's happening with our money," Jo-Ann Nahanee told The Tyee. "This is chaotic, there should be paper for money, paper for cheque, it's real easy to match it. You've just got to follow business practices and they aren't following business practices in any way."

A report commissioned by the band for the period of April 1, 2012 to March 31, 2014 found band manager Glen Newman distributed $555,835 and communications director Krissy Jacobs $993,461. The funds were earmarked for emergencies, such as shelter, food and medication.

"Some funds were spent for what appear to be emergencies," wrote lawyer Nazeer Mitha. "However, funds were often provided as 'comfort money' to cover restaurant bills, clothing, Canucks hockey tickets, PNE tickets, vehicle repairs and other sundry expenses. It is not clear that these latter expenses are properly emergencies or unexpected events for which the (band manager emergency) fund should be spent."

Newman's records were "haphazard and not complete," but he was able to account for a significant portion of the funds. Jacobs, however, "did not keep any documentation or information for the very significant amount of funds which she was receiving and apparently distributing."

While Mitha found "no direct evidence" Jacobs and Newman spent the money on themselves, they "did clearly receive a personal benefit in that [they were] able to curry favour with many members of the Nation by providing them with funds at [their] discretion."

When the report was released to members on Oct. 19, a covering letter said Jacobs is no longer an employee, has been removed as co-chair of the chiefs and council and has no authority over financial matters, including cheque signing. Newman no longer has involvement or approval of financial matters, authority over band manager emergency staff and is barred from access to a Squamish Nation computer.

The letter said steps have been taken to ensure procedures are followed and spending is monitored, but Nahanee is not convinced. She said a full forensic audit is needed.

For the first time, First Nations across the country were required to publish financial statements last summer, under new a new federal law. Squamish Nation reported a $10.75 million surplus on $67.152 million revenue for the year ended March 31, 2014. Revenue came mainly from leases ($20.34 million) and the federal government ($11.3 million). Most of the spending was for programs ($45.13 million), such as child and family services, health, education, social services and the band manager's office. Squamish Nation reported $16.7 million debt, down from $28.58 million. Only nine of the 16 chiefs and council signed the financial report.

About 2,400 of the Squamish Nation's 4,100 members live on reserve. The band claims a vast territory from Whistler to downtown Vancouver. While its influence has increased substantially over the last year, it has been stuck in stage three of the six-stage, B.C. Treaty Commission negotiation process since 1995 and "there have been no treaty negotiations for several years," according to the commission's 2013 report.

Squamish joined the Musqueam Indian Band and Tsleil-Waututh First Nation to acquire B.C. Crown land last spring. With the Tsleil-Waututh and Aquilini Investment Group it bought the Willingdon Lands in Burnaby. It is also part of a deal set to take over the Liquor Distribution Branch warehouse land in East Vancouver. Full details have not been released.

On Oct. 1, the same three tribes joined up with Canada Lands Company to take over the Department of National Defence's Jericho lands, the former RCMP E Division headquarters near Oakridge and a former Department of Fisheries and Oceans lot in West Vancouver.

"How can we be making deals when we don't have treaties in place, when we don't have land claims settled; are we buying our own lands back?" Nahanee asked. "Is this a way to get around the treaty negotiations? My feeling and sense is yes it is, and that's wrong. We're putting our lands, our title, our birthright, in jeopardy."

The two land acquisitions have their roots in the Four Host First Nations alliance for the 2010 Winter Olympics. The quartet with overlapping land claims, including the Lil'wat Nation, were represented on the board of directors by Squamish Nation Chief Gibby Jacob and received preferential treatment for contracts, among other perks.

The Four Host First Nations, according to VANOC, received $59 million in "economic opportunities," but no line-by-line accounting of contracts was released. The provincial government did give the Squamish and Lil'Wat 300 acres of land, $2.3 million in skills training and $3 million for their Whistler museum that eventually cost $33 million. In 2008, Musequeam and Tsleil-Waututh were paid $17 million each.

Asked whether all band members shared in the Olympic funds, Nahanee said: "No, we were not even told what happened to that Olympic money that we received. The Tsleil-Waututh and Musqueam received some of their Olympic money, we had not. We were told it was used for debt that they had had. Part of the audits we want is we need to itemize each debt we have you need to explain why we're in those debts and ultimately we're going to ask who authorized those debts."