When Trevor Tanaka was in Grade 11, he had a life-changing realization. It came after he entered an essay contest asking him to describe why "sustainability" is important. "It should have been easy," he said. But in trying to define one ecological buzzword all he could think of were others. His essay was a series of generalizations about things like clean energy and organic food. "I really had no idea what I was writing about," he said. "That's when I decided, wow, I should really look into this." 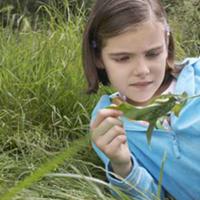 Tanaka was born and raised in Hawaii. What he discovered after losing his essay contest was that students in the state's private schools were being taught about sustainability, but public school students like him were not. "That's when the whole process started," he said. Over the next year, Tanaka befriended senators, testified at Hawaii's legislature, wrote a resolution asking that every student learn the meaning of sustainability, and saw it signed into law. He also graduated from high school.

This July I met with Tanaka at Kahalu'u Beach near his home on Hawaii's Big Island. The setting sun streaked orange on the horizon and palm trees rustled in the wind. "When I'm feeling sad or frustrated or want to relax, I come here," he said. Alone on this beach in the South Pacific, it was hard to imagine we were chatting in one of the planet's most globalized societies. Yet Hawaii hosted eight million visitors last year, imports up to 90 per cent of its food, and gets 72 per cent of its energy by burning oil.

When 300,000 people marched through New York last month demanding political action to fix the climate, this is the dilemma they confronted: a world unable to meet its needs without selling out future generations. If Hawaii is a microcosm of that dilemma, it could also provide a model for solutions to it. Due in part to Tanaka's advocacy, the state is piloting a program this fall to put solar panels on all its public schools, and use them as "living laboratories" to teach kids how Hawaii can become more self-sustaining.

It may point the way towards a new 21st century education model, where the next generation of schoolchildren learn how to produce clean energy, grow organic food, manage resilient water systems and keep their local cultures alive, instead of only competing against each other for the highest grades. Three years after losing his essay contest, Tanaka can now define sustainability. He sees it driving our shift to a less globalized future. "It's about surviving with what you're given," he said.

Tanaka had a busier childhood than most. He was a strong student and skilled athlete who spent his Saturdays working on his family's 50-acre coffee and macadamia nut farm. Starting in Grade 7, he also spent Sundays volunteering at Kahalu'u Beach. "I'd tell tourists and locals not to step on the coral reef, not to get too close to the turtles," Tanaka said. "That was kind of my first real exposure to sustainability." Many others across the state were being exposed to it as well.

In 2006, a task force led by then-state senator Russell Kokubun (profiled in this Tyee feature) asked over 10,500 Hawaiians what a truly self-sustaining society should look like in 2050. The document it released, the Hawaii 2050 Sustainability Plan, described an era when Hawaii would grow most of its food locally, get its energy from clean sources, stop measuring progress only by financial metrics, and teach all its schoolchildren "about sustainability in the same way [they] learn about math, reading and history."

This last goal was considered crucial to the 2050 Plan's success. But very little progress had been made on it by 2011, when Tanaka entered, and then lost, the essay contest asking him to define sustainability. So later that year he attended the Secondary Student Conference -- "where students from around the state create resolutions for problems they would like to see fixed," he said -- and submitted a proposal demanding that sustainability be taught in all Hawaii's public schools.

The 300 student delegates voted on each resolution, and to Tanaka's surprise, his got over 70 per cent of their support. "That's when I realized I should really try to move this forward," he said. Yet when he approached Hawaii's Department of Education after the conference, nobody seemed interested in helping him. "They weren't rude," he said, "but definitely very standoffish." Tanaka was unsure how to proceed. "I'm just this 16-year-old kid, and adults aren't going to listen," he said.

Not much happened until about four months later, when Tanaka went with his dad one day to volunteer in the garden of a local elementary school. "My dad said, 'I want to introduce you to someone,'" he recalled. That person was Nancy Redfeather, director of the Hawaii Island School Garden Network, who'd heard about Tanaka's efforts to get sustainability taught in public schools. "We had a great conversation," Tanaka said. "We talked for about an hour and a half while we were weeding."

Tanaka asked her to mentor him. "He was going to stand up for the kids and say we need a green future," Redfeather said. She and her husband get nearly all their food from a 1.5-acre tropical garden in their backyard. She saw Tanaka's resolution as a step towards a new education model where "kids learn to create food systems, water systems and energy systems," she said. "We're hampered by an educational system that relies solely on test scores as the indication of what a child knows."

Tanaka began Grade 12 still unsure how to move his resolution forward. "I had a lot on my plate," he said. "I'm trying to keep good grades, play sports, spend time with my family." Yet Redfeather and others had been discussing his resolution with their government contacts. One day while Tanaka was in stats class he got summoned to the principal's office to take a phone call. "Some dude wants to talk to me from the Capitol," he said. It was the assistant for then-Democrat senator Denny Coffman.

Coffman, drawn to the story of a student fighting to fix his school system, thought he could get Tanaka's sustainability resolution considered by the legislature. There was interest among other officials too. Not long after that first chat with Coffman's assistant, the senator himself phoned to say he'd gotten the resolution into state hearings. "I was like, wow, that was quick," Tanaka said. "And Denny said, 'Yeah, I haven't seen this happen before, especially for a resolution brought up by a kid.'"

That kid would now have to testify before Hawaii's House and Senate. On March 25, 2013, Tanaka flew to the Capitol in Honolulu with Coffman and Redfeather. "They're both talking in my ear, telling me what to expect," he said. "At this point, I was really, really nervous." Tanaka tried to picture the room full of elected officials he'd be speaking to that afternoon. "I bet some of them really don't want to hear what I have to say, like, 'Why is a kid coming in here and trying to tell us what to do?'" he said.

Tanaka spoke to the House Education Committee first. Sustainability isn't just some buzzword, he argued. It's the process by which Hawaii -- and human society, for that matter -- can redefine its place in a globalized world, by growing its own food, producing its own clean energy and asserting its unique local culture. But none of that can succeed, Tanaka said, unless schoolchildren are educated about it. "As soon as I'm finished talking, a lady stands up in the back and says, 'I don't see any reason why anyone should even be listening to this,'" he said. It was a teacher from Oahu.

She argued the Department of Education already had a sustainability policy, and so Tanaka's resolution wasn't needed. But that policy only referred to school buildings, he countered, not the curriculum. The House Committee agreed. It passed his resolution. So did the Senate's. "I don't usually pass unfunded mandates," Democrat Senate education chair Jill Tokuda said. But eight years earlier she'd sat on the 2050 Plan taskforce that had advised Hawaii to teach kids about sustainability. Schools, Tokuda said, should be producing "individuals who understand what it means to sustain themselves."

She went through the resolution line by line with Tanaka to improve the wording. The final version laments "Hawaii's current dependence on foreign oil and non-domestic food" and asks the DOE "to incorporate sustainability education into the science curriculum of public schools." A few days later it was approved by the full House and Senate and then signed into law by Hawaii's governor. Tanaka got the news in a text message from Coffman's assistant. "It was just such a relief," he said.

When I met with Tanaka at Kahalu'u Beach this July, it had been a year and half since his resolution was adopted by Hawaii. Partly as a result, the DOE is this fall embarking on a five-year project to install solar panels atop all the state's 255 public schools, and then use them as "living laboratories" to teach kids how to create and maintain a clean energy system. "While we transform our schools physically," the DOE's Gilbert Chun said, "our students are also being transformed, to live and breath sustainability."

But the curriculum still needed changing. Principals would have to be brought up to speed, teachers retrained. Little of that had yet been done. "We're going to be starting slow," Chun admitted. Meanwhile, Tanaka was about to start his second year of college in California, and his connections to the Capitol weren't as strong as before. From what he could tell, his resolution had resulted in rewording to school board policy, "but it hasn't really trickled down yet into classrooms," he said.

Tanaka could accept that most change in society comes slow and incrementally. But his resolution had also shot rapidly through Hawaii's legislature. Was it possible he'd tapped into a broadly felt desire to move towards a less globalized and more self-sustaining world? (Perhaps the same desire that brought 300,000 people into the streets of New York last month to demand climate action?) "I've thought about it before, but I never really had an explanation," Tanaka said. "I hope my resolution succeeded because I changed the way people thought about sustainability."