Supporters of protesting students in Hong Kong say a lacklustre response from Ottawa for the youths is starting to wear on the patience of Canada's Hong Kong communities. 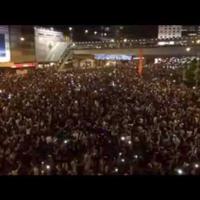 The region was once ruled by Britain but handed back over to China in 1997 and, though ruled by Beijing, still enjoys freedoms mainland China does not, such as free speech and a marketplace without government interference.

Over the weekend, Hong Kong police used tear-gas, pepper spray and batons against students who have occupied a central part of the city in defiance of Beijing's refusal to allow completely open elections.

Instead, communist party officials want to give Hong Kong's residents a slate of party-approved candidates to choose from, an option opponents have said is like comparing "bad apples to bad oranges."

"Hong Kong people should rule our place," said Stephanie Chan, speaking from the scene of a sit-in where students are refusing to leave until their demand for free elections are met. "We need to protect our Hong Kong."

The situation has sparked protests in Vancouver and Toronto as Canadians of Hong Kong origin demand fully free and open elections.

Minister of Foreign Affairs John Baird tweeted support for the students Monday from his account and in July posted and tweeted another message of support.

"Aspirations of people of #HongKong are clear," said Baird's tweet. "Canada supports continued freedom of speech and prosperity under the rule of law."

The ministry said in an email it supports universal suffrage in Hong Kong and is monitoring the situation.

"Canada reiterates its support for the implementation of universal suffrage for the election of the Chief Executive in 2017 and all members of the Legislative Council in 2020, in accordance with the Basic Law and the democratic aspirations of the Hong Kong people," it said.

No formal release has been issued from the ministry outlining the government's position.

Members of Canada's Hong Kong community say that Ottawa's response, particularly after violence over the weekend, is underwhelming.

One of them is Bill Chu of the Canadians for Reconciliation Society, a group involved in efforts to make amends for past wrongs to various minority groups including the Chinese.

"Tweeting support for the students while not condemning the aggressor will not change the sad outcome," he said of Baird's effort. "Why would a country who enjoys talking tough to Putin be silenced into tweeting anyway?"

Chu compared Ottawa's response to the Liberal government's policies on China after being elected in 1993, four years after the 1989 Tiananmen Square massacre in which a suspected 3,000 students demanding government reform were killed by the military.

"The Liberals at that time tried to separate human rights violations with business," Chu said. "They insisted that by promoting business with China they would slowly change China."

He said 25 years later China is "rich," and the government is still employing the same heavy-handed tactics it used in 1989 to suppress free speech and democracy. "They haven't changed a thing," he said.

Chu said a business fixation is why Canada has stayed silent on the Hong Kong unrest, especially considering Beijing's hatred of rebukes for its internal affairs from outside the country. 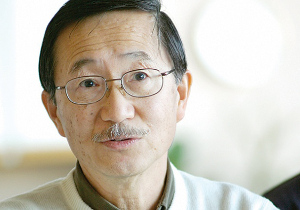 Canada 'trying to have it both ways': critic

Cheuk Kwan of the Toronto Association for Democracy in China said the same sentiments are running through that city's Hong Kong community.

Kwan said that Ottawa's response is unacceptable, considering Canada was such a huge backer of the Sino-British joint declaration -- which indicates elections will be held in the region -- as well as a designated observer of the handover of Hong Kong back to China in 1997.

He said Canada is "trying to have it both ways" by tweeting support but not putting out an official position that would offend the Chinese government. He wants Canada to explicitly tell China to respect the agreement.

The New Democrats put out a call demanding the Conservative government address the issue, but did not mention it during Question Period.

On its website, the Department of Foreign Affairs boasted of Canada's support for democracy.

"Canada considers the promotion of freedom, democracy, human rights and the rule of law to be core values that underpin its foreign policy and international development assistance," it said.

From Chu's point of view, Ottawa has put commerce ahead of those values and said Canada's leaders need to take a stand.

"Hopefully Canadians will wake up to the fact there are some things more important than money," Chu said. "After 25 years, we have to draw the line somewhere."