Despite recent efforts to take better care of British Columbian workers who've been psychologically traumatized on the job, the province's worker compensation board continues to fall short on handling such claims, critics say. 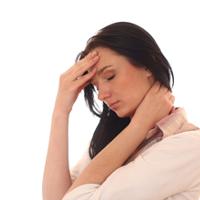 In 2009, the B.C. Court of Appeal ruled in Plesner, a case involving a worker traumatized by witnessing a gas line rupture at a BC Hydro facility, that WorkSafeBC's rules for assessing work-related psychological trauma claims were unconstitutional because they set different criteria for judging physical and psychological harm.

In 2012, the province brought in legislation to address the issue, but critics say the new rules may be just as onerous as the old ones, and that the bar for psychological claims remains unfairly high for traumatized workers.

In addition, WorkSafeBC investigations into psychological claims are too intrusive and take too long to conduct, according to Sarah O'Leary, a lawyer who often acts for workers before the board.

"The way WorkSafeBC deals with psychological injury claims is often nearly as psychologically damaging as the original traumatic event," said BC Nurses' Union executive councillor Marg Dhillon, adding that the wait time on such claims is "horrendous."

Contrary to the critics, WorkSafeBC's senior program manager Joe Pinto said the new rules have gone "reasonably well" since they were changed in 2012. The board said the average wait time for a psychological claim is 38 days. "We are not hearing concerns," Pinto said. "We are doing our best."

Dhillon cites a claim involving a nurse held hostage and assaulted by a violent patient as one that was poorly handled by the board. Although the nurse was compensated for post-traumatic stress disorder, she was refused financial assistance in finding a new job, despite the fact the violent patient was still at her original workplace. Professionals had recommended the nurse find work elsewhere.

Later, at a new workplace, the nurse was re-traumatized after further interactions with violent patients. She felt isolated after moving away from her family and home community, and eventually attempted suicide, Dhillon said. Despite this, WorkSafeBC took 10 months to decide not to accept the suicide attempt on her claim, and refused to provide the treatment recommended by a psychologist the board itself had assess the worker, Dhillon said.

Dhillon said it's not uncommon for psychological claim applications to take up to a year to process, and that active work on a file often only begins after a three to four month time lag. But in response to that criticism, a WorkSafeBC spokesperson said the average claim takes about 38 days to process.

Dhillon also claimed that board investigators often speak only to the worker's employer when they look into a file, and not to witnesses suggested by the worker. In response, the board spokesperson said that investigators are trained to deal with "difficult and/or sensitive issues" involved in a claim and described the investigation process this way:

Other obstacles to claim

O'Leary, a Vancouver lawyer who specializes in WorkSafeBC cases, also sees flaws in the new rules. For one, a psychological claim now requires diagnosis by a psychiatrist or registered psychologist, whereas a worker's family doctor once sufficed. This can slow the application process and stress out the worker, who is forced to re-explain their trauma to a new professional, she said.

Under the new rules, O'Leary adds, workplace trauma must be the "predominant cause" of the claimed psychological harm, a more stringent test than was applied under the old rules -- and crucially, a more stringent test than is applied to physical injuries. Under older WorkSafeBC rules, claims could be accepted if the trauma was merely "significant." O'Leary suspects that the new test was added to the legislation in response to employer group lobbying.

According to O'Leary, BC Liberal changes to worker compensation over the past decade have restored the common law principle of "assumption of risk," which holds that by taking employment, a worker assumes all risks of injury on the job, with the employer immune to liability. This principle was rejected as early as 1913 in the Meredith Report to the Ontario government, commonly viewed as the foundational document of workers compensation in Canada, she said.

In 2011-12, 1,047 claims were filed with WorkSafeBC for psychological trauma under the old rules, and 428 were accepted. In 2012-13, the first full year under the new regime, 3,451 applications were made and 543 were accepted. This roughly 25 per cent increase in accepted claims contrasts with media predictions in 2012 that the number of accepted claims for psychological disorders was likely to double under the new rules.

Another reason so few of the workers who file complaints about psychological disorders see their complaints accepted is that the rules continue to exclude any claims for psychological damage caused by an event viewed as ordinary management practice -- such as hiring, firing, supervision, or discipline -- no matter how traumatic those experiences may be. The consequence is that management behaviour that workers may legitimately feel is abusive can't be addressed under WorkSafeBC regulations.

In addition, O'Leary said, employers sometimes try to "normalize" traumatic experiences at work to rule them out as grounds for compensation. In one case, a health care sector employer argued that an employee could not claim for psychological stress and trauma after witnessing one patient assault another, and repeatedly witnessing patient deaths. The employer argued such behaviour is normal in a long-term care setting, and by definition not traumatic.

In March 2013, the B.C. government made psychological damage caused by workplace bullying and harassment claimable. According to The Huffington Post, the board received 700 complaints about workplace bullies between July 2012 and Oct. 2013, of which 40 were accepted.