After Bill Bennett was appointed to lead a cost-cutting core review of British Columbia's government services and agencies, the energy and mines minister made it clear that even the most "sacrosanct" of these would not be spared. Including the Agricultural Land Commission and the Agricultural Land Reserve. 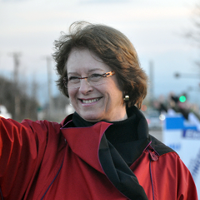 Established 40 years ago, the commission, an independent Crown agency, is in charge of overseeing and protecting the approximately 4.7 million hectares within the land reserve -- land prioritized for farming. As development and industry pressure has grown in many land reserve regions since 1973, so too has concern about B.C.'s ability to grow its own food.

In June, Premier Christy Clark appointed Bennett as head of the provincial government's core review process, aimed at reducing spending by $100 million. The outspoken East Kootenay MLA made it clear early on that he wouldn't shy away from "things that politicians have been nervous about looking at over the years" -- and that the review has potential "for some controversy."

But budget-wise there is little left to trim from the Agricultural Land Commission, which is operating on a shoestring already. In 2010, Auditor General John Doyle released a report that showed consistent cuts had crippled the commission's ability to fulfill its mandate. Under the Liberal government, between 2002 and 2010 the commission's budget was reduced from $3 million to $2 million, 33 per cent below what the commission needs to operate.

Now, with the government's core review underway, farmland advocates are hustling to stop any further cuts to the commission and the reserve it oversees. Linda Geggie, policy chair of the BC Food Systems Network, says that she's concerned that the core review will be used to further "neuter" the commission's decision-making authority over how land within the reserve is used. Her organization is concerned that without adequate protection, farmland will be lost to make way for more profitable developments.

Scramble to save the farm

Geggie and other members of the BC Food Systems Network have been making a concerted effort to tell the government that the Agricultural Land Reserve has broad public support and an important economic role to play in the province. But with government's enthusiasm to trim public sector spending, advocates haven't had a fair chance to defend it, she says.

In early September, the network sent a letter to Minister Bennett expressing concerns about the public input process for the core review. In it, co-chairs Brent Mansfield and Abra Brynne wrote that they were "disturbed" that the land reserve and commission had been made a top priority for the core review.

Geggie said that when she learned, via a Sept. 24 press release from Bennett's office, that the standing committee on finance and government was holding public hearings on the 2014 budget, which would be considered part of the core review, she and another member of the network scrambled to put together a presentation for the next day, when the committee would be in Victoria.

When they got to the hearings, she said, they were met with some confusion from committee members as to whether the hearings were the right place for concerns about the commission and land reserve -- and the potential impact to these under the core review -- to be heard.

According to transcripts of the hearing, after Geggie's presentation, committee member and NDP MLA Mable Elmore made a point of advising her fellow members that they were, in fact, the body accepting recommendations in terms of public consultation on the core review, adding, "It's the first I've heard of it."

Committee chair Dan Ashton, when asked to clarify, told The Tyee that the committee was accepting public submissions on the land reserve and commission, and that all submissions would go forward in a report to the legislative assembly.

He added that "people will have ample time to present on the [land commission]" before the core review process wraps up in Dec. 2014, and that the process is just beginning.

Let commission do its job: researcher

Agricultural Land Commission executive director Brian Underhill is circumspect in terms of how it might fare. "If the commission is part of that [core review] then we would respond if there were recommendations," he told The Tyee.

What is clear is that the BC Liberal government has not made the land reserve or commission a funding or policy priority.

A recent NDP news release from Agriculture critic Nicholas Simons pointed to the Liberals' failure to implement recommendations from the 2010 auditor general's report, as well as those from a 2011 report from then-commission chair Richard Bullock.

Another report, released in 2010 by an independent researcher named Nathan Pachal, analyzed all of the applications for land use changes in the land reserve in Delta, Barnston Island, the Township and City of Langley, and Surrey.

He found that between 2000 and 2009, the provincial transportation ministry was responsible much of the land in the region that had been either excluded from the land reserve to make way for road expansions.

Although Pachal agrees with Bennett's assertion that unfarmable land shouldn't be included in the land reserve, he says the minister's proposal to look at adjusting reserve boundaries as part of the core review is misguided.

The Agricultural Land Commission can and does remove land from the reserve already, said Pachal, who pointed to the expansion of Trinity Western College campus in Langley as an example.

Redrawing the boundaries is, in Pachal's opinion, "a solution in search of a problem" that would be better served by allowing the commission to do its job.