[Editor's note: The Tyee Solutions Society's Pieta Woolley has been writing about the reasons why many graduates of the provincial foster care and child protection system become homeless as young adults. As 620,000 B.C. children and teens return to school, she looks at why the "launch" from adolescence to financially-independent adulthood is proving so hard for so many -- not just the most vulnerable -- and some ideas about how to help. Today, Woolley speaks with workplace sociologist Karen Foster about what works and what doesn't when employment programs try to help vulnerable youth. Find the series so far here.] 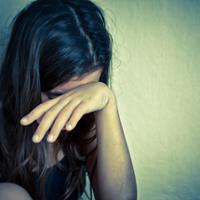 But for reasons no one understood, the idea was flopping. Apart from a couple of superstar examples, staff at the OYE couldn't get the vulnerable youth they were supposed to be serving to show up for the jobs designed to help them. Clients were blowing off the money and paid skills-building for... what?

Many of the youth were graduates of Ontario's foster care system; others ran from abusive families to the streets; still others came from seemingly nice homes, but were struggling to get lift-off into adulthood. All of them were on income assistance. Jobs they could do were there to be had. So what was the problem?

Ottawa's conundrum is relevant to B.C., where 49 per cent of former foster kids apply for welfare or disability assistance within six months of aging out of the system on their 19th birthday, and many other young high school grads or drop-outs struggle to find their economic footing.

Seeking answers, OYE's director asked workplace sociologists Karen Foster and Dale Spencer to investigate. Foster has a PhD in sociology, and she's the Banting Post-Doctoral Fellow in the management department at the Sobey School of Business at St. Mary's University, Halifax. Spencer is an assistant professor of sociology at the University of Manitoba. Their research eventually became a book, Reimagining Intervention in Young Lives: Work, Social Assistance and Marginalization.

The duo interviewed 45 of OYE's clients. Each recounted how they came to be on welfare, and shared their ideas about work, money and school. In doing so, their answers highlighted for Foster how middle-class assumptions about unemployment and street involvement undermine efforts to help.

Foster and Spencer's conclusion: government intervention in the lives of young people fails because it doesn't understand the young people being served. Offer floundering youth real support to stabilize their lives -- housing they can afford, childcare if they need it, and income assistance -- they argue, and they'll sort it out themselves, in time. Try to "fix" them by shoving jobs and education at them, and they'll disappear.

I contacted Foster by phone from her Halifax office to learn more:

Tyee Solutions Society: What's the biggest misconception you encounter when telling your business school peers about your research?

Foster: "The first one would be that all these kids have to do is just get a job. That's a classic thing that people say to homeless people. The misconception is that their lives are pretty simple.

"When you talk to [street-involved young] people and get a sense of what they've been through, it's pretty horrendous. Just year after year of people shitting on them. It just shows that a lot of this stuff is beyond their control."

Where do these attitudes come from?

"I think there's a dominant discourse that's not limited to political persuasion -- that people are largely in control of their situations, and they should just pull themselves up from their bootstraps. And that people who are poor or homeless are just lacking the motivation they need.

You say in your book that it's reasonable for teens who come from very traumatic backgrounds to take some time off from work or school in their late teens and early 20s to recover. That is what many graduates of B.C.'s foster care system seem to be doing. From a public policy perspective, how do you know which kids are doing the work of recovery, and which are simply putting in time?

"That's a tough question. It's like asking how we can know who really needs disability payments and who's faking; who really needs to collect [employment insurance] and who's abusing it. Our perspective in the book was that the only way [for experts] to [help young adults] sort out the effects of childhood trauma is to get really close and supportive.

"When you do that, you start to see that what might look like malingering is usually more complicated. Extended dependence on social assistance isn't usually a decision that people make willingly when they have other options. There is so much shame and stigma associated with dependence on social assistance; the kids we talked to didn't want to be on it, nor did they want to be unemployed.

"Our general finding was that when interviewees were psychologically and physically able to work, they found work. It was usually only terrible working conditions (abusive employers, exploitation, ridiculously long commutes on public transit or dangerous night shifts) that made them leave, or 'choose' income assistance over employment income."

"The idea that human lives are predictable, and that they can be successfully corrected by outside intervention, is flawed against the evidence... Rather... many young people resist, ignore or negotiate with state interventions, dominant institutions, and -- because they are not oblivious to them -- the normal pathways to work."

2. Terms like "vulnerable" and "at-risk" show that society doesn't give enough credit to how competently even floundering youth can steer their own path, given the chance:

"The 'at risk' designation justifies pre-emptive interventions, because it implies that delinquency, deviance and undesirable life outcomes can be predicted before they happen, and thus can be prevented with the right methods."

3. Historically, the urge to fix street-involved young people has filled a psychological need for some in the middle class. It says more about the fixers than the fixees.

"Whereas the focus in the 18th century was largely on sexuality and gender norms, the normative aim in [this period is] the creation of productive bodies -- wage workers and workers in training -- that support the demands of capitalist economies."

How long is it reasonable to let kids linger on welfare, even if they're recovering from trauma?

"The question of how long we should collectively support poor people, regardless of work ethic, is a moral one. It stems from a political / ideological shift away from seeing poverty as a social problem to be solved through wealth redistribution toward seeing poverty as an individual pathology that is only exacerbated through welfare.

"This shift wasn't based on any empirical evidence of welfare being a 'perverse incentive' for people to shrug off paid work. It was entirely an ideological argument tied to some pretty terrible ideas about social Darwinism -- that is, starve the poor so they don't reproduce and voila! Poverty eliminated.

"We have evidence that paid work is important to people, and they'll choose work over social assistance whenever and wherever possible."

Give us some sense of why these teens can't just get it together.

"There was a time, and it was brief, but you could get a job in retail or in a factory, and these were permanent full-time jobs. Now, you need a certificate or a degree for an entry-level job. The demand for credentials has gone up.

"Really, that golden age of really good jobs was only really working for westerners, and mostly men. It was not necessarily sustainable. But it provides a model for something we could do that would improve working conditions for all people."

What did you find when you looked under the rug at OYE?

"The real problem is the climate they were trying to operate in: the structure of income assistance provides a real disincentive for people to work. The types of jobs that this employment program offered were mostly manual, with no chance to move up in any way, and realistically, completely disconnected to a career trajectory.

"OYE did well keeping some people off the streets and out of trouble for a while. But overall, the program had just one or two really big success stories."

Everyone knows that good jobs require post-secondary. That's been true for 20 years. Yet most of the 45 teens you interviewed dropped out of high school. What were they thinking?

"There's a real ambivalence about education. They didn't see the effects of having an education from the people around them -- most of their role models do not have an education. So they can't see algebra as an entry to a good job. It would take something like Big Brothers and Big Sisters to demonstrate, on a personal level, what school can do for you. I don't know if there's enough capacity for those programs to help everyone.

"It has to hurt. I can't imagine feeling this way. This is something sociologists have been talking about forever -- the middle class bent of the school system, and how to change that."

If programs such as OYE and other employment- and education-based interventions are not the solution, what is?

"Empirical evidence points to the effectiveness of intensive measures such as 'housing first' homelessness strategies [stabilizing street-involved youth by providing a safe, affordable, home before asking them to seek addictions counselling, apply for a job, or pursue education]. These forms of social assistance seem expensive in the short-run, but they are proven to get people off the streets and into jobs (if [the youth] can work), and out of the cycle of dependence on social assistance, so the lifelong costs are minimal compared to the costs of lifelong income support."

Tomorrow: 'Life skills with that'? The conclusion to this five-part series goes inside the world of a B.C. burger joint, where both the Gen X owners and Gen Y youth behind the counter represent the province's uncertain economic future.