On his first day in office 12 years ago Premier Gordon Campbell slashed B.C.'s personal income tax rate across the board by 25 per cent -- a far-reaching move that defined his arrival in office, just as another tax measure, the ill-fated Harmonized Sales Tax, decided his premature exit. 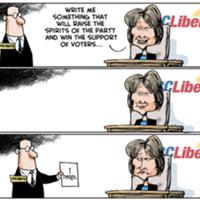 While dramatic tax cuts had been promised during the 2001 election, few people expected they would be so extensive, including Martyn Brown, Campbell's chief of staff. Brown said recently that he was "quite astounded" to learn that the deep cuts would apply to every tax bracket.

The reductions meant that personal income taxes in B.C. went from being close to the national average to being the lowest in the country for most brackets. Campbell also reduced the corporate income tax rate and eliminated the corporate capital tax.

To B.C. Liberal supporters, the tax cuts made B.C. a new Mecca for investment. Their storyline, which continues to this day, was that the tax reductions revived the provincial economy after an era of sluggish growth under the NDP in the '90s.

To the NDP and the political left, the tax cuts were a boon to high-income earners and corporations, failed to deliver the promised economic gains and left Victoria with significantly less money to address critical social needs.

Seth Klein, director of the B.C. office of the Canadian Centre for Policy Alternatives, a left-wing think tank, said that if B.C. collected the same amount of personal income tax revenues as a share of GDP as other provinces, the province would have $2.4 billion more every year.

Former B.C. Liberal strategist Brown was initially worried that the tax cuts were so broad that they would force government spending reductions and spark serious opposition.

"I was a most nervous Nelly because of what it obviously inferred for spending cuts that I knew would invite much more longer-term political pain than any short-term gain those cuts might offer."

Indeed, B.C.'s public sector became one of the smallest in the country as a percentage of the provincial GDP. Campbell faced union protests after he slashed some public sector labour agreements. The anger helped the NDP win back its base after the debacle of the 2001 election in which it was reduced to two seats.

Looking back, Brown has no regrets about the tax cuts, despite the political polarization that followed.

"The argument that the BC Liberals made was that tax cuts work to create more wealth, that creates more revenue, that stimulates the economy instead of penalizing wealth creation," said Brown. "I still strongly believe that's true."

Brown added that having the lowest personal income tax in Canada for all income levels up to $120,000 gave B.C. a competitive edge, "although it is tough to quantify its positive economic impacts."

Critics on the left argue that it is, in fact, possible to quantify the impact and that the data doesn't show that the tax cuts delivered the investment spike promised by Campbell.

"The tax cuts certainly helped the bottom line of companies and were a huge boon to upper-income earners," said the CCPA's Klein.

"But if you are looking for an indication that it altered our jobs growth or investment in machinery and equipment, you won't find it."

However, growth per capita, each individual's share of the growth, was greater under the BC Liberals than the NDP.

The point, according to tax cut critics, is that there is no clear-cut evidence that the reductions significantly benefited the B.C. economy.

The CCPA's Klein said the data found in the B.C. Business Council report shows that economic growth in this province has less to do with tax policy than with global markets. "We are a small export-oriented economy, so how we perform in GDP tracks much more with what happens with international commodity prices for our exports than with who holds power in Victoria."

Indeed, the B.C. Business Council report, in analyzing the differences in decades, makes no mention of taxation, instead stating that "as a small, open economy external circumstances (such as commodity prices, strength of the U.S. and Asian economies, interest rates, economic conditions in other parts of this country) are important factors in B.C.'s economic performance.

For Brown, the NDP's current reluctance to repeal the cuts if it wins the election, except for those earning over $150,000, is proof that slashing taxes in 2001 was a smart move. "No one wants to hike income taxes that now sit at levels far below what we all used to pay in past decades."

NDP Leader Adrian Dix has said "I don't think there is any room for income-tax increases on the middle class."

CCPA's Klein said Dix's refusal to jack up tax rates stems from his fear of voter anger rather than from any new-found belief in low tax rates.

Klein believes that Dix has been too cautious on taxes. He noted that the NDP leader's plan to boost taxes on those earning over $150,000 and to raise the corporate tax rate to 12 per cent has only sparked a "collective yawn" from B.C.'s wealthy and its top corporations.

Klein said further tax hikes on the wealthy, say those making over $200,000, could be leveled by the NDP, while leaving overall tax rates still low compared to the rest of Canada.

Former B.C. Liberal strategist Brown similarly said that "there may be room to further adjust personal income taxes on upper income earners without fundamentally reversing the significant gains they and all taxpayers got with Campbell's successive series of income tax cuts, which reduced all taxpayers' provincial income tax by about 37 per cent."

For the left, the tax cuts were part of an overall shift under Campbell to a more regressive tax regime. Personal income taxes, the most progressive form of taxation, fell while other more regressive taxes such as MSP premiums and sales taxes rose as a share of overall tax revenue.

And perhaps the most controversial part of the broad tax switch, though perhaps not the most substantive, was the HST, which accelerated the shift in the tax burden away from business and onto individuals.

The HST harmonized B.C.'s seven per cent provincial sales tax with the federal GST to create a single 12 per cent tax starting in mid-2010.

As Brown chronicles in his e-book Towards a New Government in British Columbia, the handling of the HST was a "colossal failure" because the new tax never gained broad public acceptance, or what the BC Liberal strategist calls "social license."

The HST was "interpreted as a betrayal of trust," wrote Brown, because it was introduced shortly after an election in which the tax was rejected by the BC Liberals and never became an issue.

"Many British Columbians still believe that they were deliberately deceived by a party that did not divulge its true intentions in the election," wrote Brown.

The Campbell government said it adopted the HST strategy after the election because it quickly faced mounting deficits caused by the deep recession. Ottawa made the HST scenario even sweeter by offering a one-time payment of $1.6 billion.

But the public never bought Campbell's explanation that the business tax relief provided by the HST would make B.C. more globally competitive.

As Brown wrote, the public opposed it "because it was so clearly a tax shift that took more money from their pockets to facilitate lower taxes for business."

A citizens' revolt led by an unlikely leader, former Social Credit premier Bill Vander Zalm who had been forced to resign in disgrace, eventually forced the BC Liberal government to put the HST to a referendum.

A slight majority voted in favour of killing the HST, and Victoria eventually reinstated the GST/PST system.

But not before Campbell quit office in November 2010. The premier who made tax relief so central to his vision was hounded from office because of a tax shift that increased the average British Columbian's tax burden.

Looking back at the introduction of the HST, Brown wrote: "If anyone had suggested to me that that would be the death knell for premier Campbell, and very likely, for his party, I would have told them they were dreaming in Technicolor."