Budget cuts announced for forest stewardship in British Columbia are signs of the government's short term thinking, a theft from future generations and evidence that recent commitments were lies, according to critics. 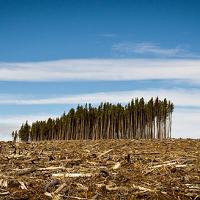 The minister responsible, Steve Thomson, acknowledges the ministry made sacrifices to help balance the provincial budget, but argues the key inventory work is being done to prepare for future years when the budget is restored.

"Significant cuts to budgets that were already inadequate," was how the NDP's forestry critic, Norm Macdonald, characterized the budget for the ministry of forests, lands and natural resource operations.

In the spring and summer Macdonald was among NDP and Liberal MLAs who participated on the Special Committee on Timber Supply that toured the province to find ways to support communities that depend on forestry. "Instead what we see is a situation that was bad, that we were told repeatedly was a crisis, and what the government has chosen to do is choose to make further cuts."

According to the budget documents, that money is for various things including, "land based investments; timber supply planning and determination; tree improvement; growth and yield, silviculture, and forest genetics related research; forest health, forest inventory and monitoring the effectiveness of resource practices; land and marine use planning; and legislation, policies, and practices that support sustainable management of forests, water, fish, wildlife, and habitat."

Various observers noted the cut. The Sierra Club of B.C.'s acting executive director, Sarah Cox, said she is "Very concerned about that."

"I don't think they have practiced healthy forestry for a long time," said Green Party Leader Jane Sterk. "Silviculture has never kept up to the needs of the harvest."

The province has gotten to a point where there are few government forestry officials left in the communities their decisions affect, she said. "If you don't live in a community, if you're not the professional forester in that community, decisions about what to sacrifice are pretty easy to make."

For several years the government has been saying it would focus on intensive forest management as a way to mitigate the dropping timber supply, pointed out Bob Simpson, the independent MLA for Cariboo North and a former forest company executive.

The Strategic Plan released with the budget, for instance, referred to the Beyond the Beetle government report released in the fall. "The Action Plan focuses on reforestation, forest inventory, fuel management and intensive and innovative silviculture," it said. "New funding is increasing the area for re-inventory from 18 million hectares to 35 million hectares, with the highest priority being the areas impacted by the mountain pine beetle."

"They make pronouncements as if it's reality," said Simpson. "They lied to the public... It's all lies. There's no other way you can characterize it. The current government has elevated government propaganda beyond any reasonable test of honesty."

Minister Thomson said the government is following through on what it said it would do. "This is an amount that was signalled before in the budget last year in order to contribute to the balanced budget," he said.

"We made some difficult decisions, but what we ensured in this process is that the key priority in terms of strategic inventory work is retained within the budget numbers," he said. "We'll be increasing our investment in inventory work, particularly in the key inventories that need to be done in the mountain pine beetle impacted areas."

That way, when "all the funding is restored" next year, the ministry will have the information it needs available, he said.

"In addition to that, because we had the uplift last year we're in a position next year where we'll be re-planting over 22 million trees, which is a 50 per cent increase from the amount this year, and 22 million in the following year as well," said Thomson.

Asked what the cuts will affect, he said, "The process, there will be some delays in some of the reforestation preparation work and things like that for the following years in the out years."

Groups including the Association of Professional Foresters have called on the government to do the inventory work, he said. "That's where we get the best investment, bang for the dollars that are being spent in a time of difficult fiscal circumstances as we are bringing forward a balanced budget."

The government had been waiting for the pine beetle die off to run its course before doing the inventory work, and now's the time to proceed, Thomson said. By the end of the month he hopes to release a 10-year strategic inventory plan, he said.

The NDP's Macdonald said the government has been under funding forest stewardship for a long time. For some 74 per cent of the land base, the government is using data that is 30 years old, he said.

"Over the past 10 years, the consistent under funding of inventory has meant that we don't know what's happening on the land," he said. "You can't manage what you haven't measured."

Nor has treeplanting kept up with need or past promises, he said. By 2012, the government was to be planting 50 million seedlings a year, he said. "This guarantees we're going to get set back further."

The current government has failed to manage public lands in a way that will keep them productive in the future, he said. "These guys consistently see the public assets that we have as something you sell off and degrade."

Nor does the government's failure help the forest companies who market their products as coming from sustainably managed forests, he said. "They're selling a brand and that brand has to be backed up with a reality... That's the province's responsibility."

Bill Routley, the MLA for Cowichan Valley also sat on the Special Committee on Timber Supply. The committee visited 16 communities, received 650 submissions and heard from various experts including three former B.C. chief foresters. It came up with recommendations that included a focus on inventory, tree planting and forest health that members unanimously endorsed.

"I was optimistic," said Routley, adding he felt proud of the committee's work. "I feel shot through the surrender flag now... To have it not only abandoned, but cut the budget, is outrageous."