What do the Vikings have to do with oil policy? Perhaps more than you think. The Tyee sent me to Norway this June to learn about their remarkable oil industry. Many experts I met with repeatedly stressed that their highly successful petroleum policies could not be replicated elsewhere without also adopting their fiercely assertive Norwegian attitude to authority that dates back to the Iron Age. 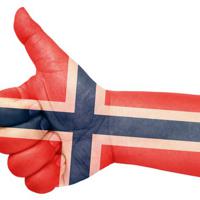 Oil Wealth: Should Norway Be the Canadian Way?

Can Canada, perhaps the politest nation on Earth, learn something from this? Countries cannot be divorced from their culture and Norway is no exception. To better understand how this tiny nation stood up to the world’s most powerful industrial sector, we must travel back through Norwegian cultural history -- to the age of the Vikings.

Rome's geographic reach was collapsing in the middle of the first millennium and the emerging empire of Charlemagne began to fill the void -- expanding through present-day France towards Scandinavia. Charlemagne was also a brilliant tactician who shrewdly exploited aspects of the emerging Christian doctrine that preached obedience to temporal authority -- making the role of Emperor somewhat easier.

The comparatively feral pagan chiefdoms in what is now Norway held very different spiritual beliefs, believing instead that defending one's own personal honor here on Earth was our primary responsibility. The foreign encroachment from the south was not merely a military threat; it represented a worldview that was abhorrent to pagan values.

Best defense is a marauding offense

Recent scholars are reflecting on these competing worldviews and challenging the portrayal of Vikings as mere bloodthirsty barbarians. They suggest instead that violent Viking raids were actually a defensive military campaign against Charlemagne's aggressive expansion.

Charlemagne was so ruthlessly fixated on converting the pagan tribes to the north that in the year 782 his soldiers beheaded some 4,500 captive Saxons after they were forcibly baptized. Their Saxon leader Widukind fled to Denmark where he no doubt shared accounts of the grisly massacre with his Viking hosts.

While the pagan clans of Scandinavia did not possess great numbers and had no hope of defeating Charlemagne on the battlefield, they were remarkable mariners and fierce warriors. They also had perfected a design of longboat ideal for lightning raids that could silently land directly on shallow shorelines and disgorge its lethal crew.

The first ever Viking raid was in the year 793, and was seemingly no random event. The Norse marauders targeted the monastery on the English Island of Lindisfarne, perhaps the most holy site in England at the time and the center of a Christian expansion in the British Isles.

According to the History of the Cathedral Church of Durham by the monk Simeon:

"On the seventh of the ides of June, they reached the church of Lindisfarne, and there they miserably ravaged and pillaged everything; they trod the holy things under their polluted feet, they dug down the altars, and plundered all the treasures of the church. Some of the brethren they slew, some they carried off with them in chains, the greater number they stripped naked, insulted, and cast out of doors, and some they drowned in the sea."

A prominent scholar in Charlemagne's court named Alcuin wrote a widely distributed account of the attack:

"Never before has such terror appeared in Britain as we have now suffered from a pagan race... The heathens poured out the blood of saints around the altar, and trampled on the bodies of saints in the temple of God, like dung in the streets."

Such florid Christian accounts of Viking savagery ironically worked their favor. Many communities became so terrified of Viking raids that they would often give up without a fight.

Seen through the geopolitical lens of the day, the 200-year Viking reign of terror that followed could be seen as a preemptive rear-guard action against the flanks of Charlemagne's expanding empire.

If so, it worked. As the Holy Roman Empire expanded north, it skirted the borders of present-day southern Denmark and continued on to the east, presumably to lands more easily subdued.

While Viking culture was eventually absorbed by Christianity, it foreshadowed the relatively flat social structure of present day Norway. It was also the first civilization in history to legally enshrine the equal rights of women. The fierce independence that deterred Charlemagne seems to have seeped through the centuries and helps to understand the hard bargaining position taken with outside interests around resource use.

A more recent example involves the development of hydro resources in the early 1900s, which set the stage for Norwegian petroleum laws in the 1970s. At the beginning of the last century, French and German industrial interests realized that the steep coastal fjords of Norway provided ideal locations for hydroelectric dams and began buying up what were traditionally local water rights.

Norway had only recently separated from Sweden in 1905 and had earlier enshrined in their constitution values that reflected their unique history. Unlike other parts of Europe, the feudal pecking order of nobility and peasants never took root in Norway. Instead, the country was dominated by independent farmers -- who for centuries enjoyed local access to water and timber resources.

When foreign companies started buying sites for hydro dams, a political storm ensued. Norwegians steeped in the Protestant work ethic and Viking chutzpah were outraged at the prospect that Rockefeller-like interests could accumulate their country's resources simply by opening their wallets.

This popular outrage led to the passage of a series of hastily passed bills popularly known as the "Panic Laws." These immediately halted any further resource sales to foreign companies until Norway could develop a legal framework that was advantageous to the nation, and preserved the principle that their natural heritage could not be sold as mere commodity.

Then as now, outside investors were prepared to take something rather than nothing, and the German and French companies agreed to strict terms that saw measured development, transfer of capital and technology to Norway and eventual extinguishment of foreign water rights.

The hydro dams and generation infrastructure were built, operated for 60 years during which time foreign companies had to train Norwegians in their construction and maintenance, and then these facilities were transferred free of charge back to the Norwegian Crown.

It was around this time, some 60 years later, when the massive Ekofisk oilfield was discovered on the Norwegian continental shelf. Norway therefore already had a unique legal framework to ensure that they were not simply selling their oil rights to foreign interests. They also had the Viking attitude of independence to back it up.

These two essential ingredients of a clear goal and a tough attitude meant that Norwegian politicians and public servants were well armed when they sat down with some of the largest oil companies in the world.

They also had an additional advantage lacking here in Canada: resource rights were clearly the responsibility of the federal government. Had Norway had to contend with the minefield of regional interests and sensitivities on display in last week's premiers' meeting, there is little doubt they would have not achieved the same remarkable record of prosperity and economic destiny.

What can Canada, perhaps the most polite nation on the planet, learn from this history? When negotiating with the oil industry, it pays to think like a Viking.

Next Wednesday: What happened when the global oil industry met the toughest little country in the world.