The New Push in Canada to Legalize Assisted Suicide

Eighteen years ago, B.C.'s Sue Rodriguez, then 43, faced an imminent and awful paralytic death from ALS. She began petitioning legal authorities for the right to die -- seeking court permission for assistance in expediting her passing -- at the time and under the circumstances of her choosing. As I was interviewing her for a Chatelaine article in the spring of 1993, she asked me this rhetorical question: "Whose life is it?" Mine? Or the government's? 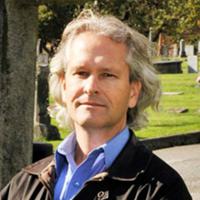 Later that year, the Supreme Court of Canada ruled in a split 5-4 decision that it was not her right, but the government's right to decide the circumstances of her dying. Her illegal assisted suicide the following year, performed with an anonymous B.C. doctor's help, made international news and demonstrated that -- despite the court ruling -- the question remained.

In November of 2010 I revisited the topic of right-to-die/euthanasia in the Georgia Straight. The Tyee reprinted an updated version of that piece in two parts (here and here) last week to set the stage for this Tyee-commissioned article, explaining why Canada is, almost certainly, about to confront Rodriguez 2.

Seven different B.C. plaintiffs and two separate legal challenges have been launched in an attempt to overturn the famous 1993 Rodriguez ruling. The Supreme Court of Canada is about to be asked again to answer the question: Whose life is it? But in the intervening years since Rodriguez, there has been a tectonic shift in public opinion and legislative rulings favouring the terminally ill who choose not merely to live longer, but to die well.

Last winter, the directors of the B.C. Civil Liberties Association (BCCLA) looked at these dramatic changes and decided the time had come to launch a new challenge against Section 241 of the Criminal Code, which deems that counselling or providing assistance in a suicide is a serious offence. (Suicide itself is legal.) The BCCLA would, its board decided, utilize the equality provisions of the Canadian Charter of Rights and Freedoms in an attempt to overturn Section 241, since the law prohibits providing a terminally ill and incapacitated person help in ending his or her life.

'It's all covert now'

As David Eby, the executive director of the BCCLA, told me last fall: "There's such a fiction that doctors don't do this -- assist in ending lives. They give morphine. The dying person dies. It's all covert now. Everyone pretends it isn't happening." And he shakes his head at the medical charade. "But it's your body! You should decide. It will take litigation to bring the issue back to the Supreme Court."

In April 2011, the BCCLA filed a lawsuit challenging the legality of 241. The two initial plaintiffs, B.C.'s Lee Carter and her husband Hollis Johnson, had taken Lee's dying North Vancouver mother, Kathleen, to Zurich in 2010 where she was provided with a legal and lethal dose of sodium pentobarbital at the Swiss Dignitas centre, established in 1998 to facilitate dying people's wish to die. They then went public with their actions. The couple knew what they'd done left them vulnerable to prosecution under 241.

To litigate what the BCCLA believe will become an important Charter challenge, Vancouver civil rights lawyer Joe Arvay offered his services pro bono. He believes, he told me recently, there are a number of factors that are different now than in the failed 1993 Rodriguez challenge.

First and foremost, the Rodriguez case was argued strictly on the sole plaintiff's wish for assistance when her ALS-prompted paralysis prevented her from killing herself. Arvay suspects that a stronger challenge can be made today if several individuals and groups, also jeopardized -- but in different ways -- by 241, were to join the BCCLA lawsuit. To achieve that, Victoria physician Dr. William Shoichet, who wants to provide compassionate care for his terminally ill patients -- including assistance in their dying -- has become a BCCLA co-plaintiff, along with Carter and Johnson. So has Kelowna's Gloria Taylor, 63, who's dying of ALS. And so has the BCCLA itself -- as a voice for those that dare not speak about the dangers of disobeying 241.

Arvay also knows that a lot has changed internationally since 1993. Then, there were no legal precedents anywhere for legalized euthanasia or assisted suicide. It was hard to argue in favour of Canada taking the lead on such a contentious matter. Today, there are two U.S. states and four European countries where --- under various protocols and rigorous supervision --- people can achieve release from the suffering that often accompanies people's last months. Furthermore, research on both continents has demonstrated there's virtually no substance to claims by critics that legalizing assisted suicide leads toward the "slippery slope" of unwarranted euthanasia.

As well, public opinion in Canada -- as elsewhere -- has shifted dramatically in favour of legalizing assisted suicide for the terminally ill. (In B.C., 75 per cent of people favour medically-regulated, right-to-die legislation.) Of equal importance: the majority of Baby Boomers are now entering those years where this discussion becomes relevant.

To Arvay's mind, there is still one more factor suggesting the possibility of a historic reversal of the split 5-4 Rodriguez ruling: the only Supreme Court Justice who was sitting on the bench in 1993 and who is still there today is Beverley McLachlin. She is now the chief justice of Canada, and in 1993 she voted with the minority -- in favour of granting Rodriguez the right to assisted suicide.

Curiously, after 18 years of Canadian right-to-die inaction, Arvay finds himself having to deal with a second and simultaneous Charter challenge to Section 241's prohibition against assisted suicide. This lawsuit is led by Kwantlen Polytechnic University criminologist Russel Ogden, 48, Canada's leading authority on right-to-die/euthanasia issues and the co-founder of the new B.C.-based Farewell Foundation.

As Ogden explained to me two weeks ago, his conversion from being a social scientist to a legal activist occurred last November. He had offered to accompany a small group of Canadians to Switzerland's Dignitas centre and to act as a witness to the assisted suicide of a terribly ill family member. What he experienced horrified him. "The Canadian Criminal Code is cruel," Ogden said, with genuine anger in his voice. "The woman wanted to die. She was desperately ill. But Canadian law forced her to leave her bed, her home, her friends -- all the things that made her comfortable -- and fly 12 hours to a foreign country... to die. That's wrong! That was the last straw."

So Ogden and several associates formed the Farewell Foundation this past February and applied for recognition with the B.C. Registry Services. The foundation would, said its plan for incorporation, establish a free-standing, rigorously supervised B.C. facility -- operating exactly like the Dignitas centre near Zurich -- where people who request assistance can come to commit legal, carefully scrutinized suicide without the onerous medical protocols required in places like Oregon and Holland. But the B.C. Registry Services refused to accept the application, citing Section 241 which stipulated any assistance of a suicide is illegal; therefore the Farewell Foundation's purpose is illegal. Since the foundation also has, among its current 100+ members, people who may either seek assistance themselves in their dying or who may someday provide assistance to other critically ill people who wish to terminate their lives, the foundation felt it had twin grounds for a Charter challenge: a lawsuit against the B.C. Registry Services; and a lawsuit against the Attorney-General of Canada over the constitutionality of the law.

What makes the Farewell Foundation's legal challenge far more controversial than the BCCLA action is the focus of these parallel lawsuits. The BCCLA wants to have the Supreme Court say 241 is unconstitutional under the Charter. Period. It doesn't try to answer the subsequent question: And then what? The Farewell Foundation, taking a more libertarian approach, wants a portion of 241 declared unconstitutional AND for legislators to accept the more benign Swiss model as a replacement for Canada's assisted suicide prohibition. In Switzerland, the rules avoid many of the bureaucratic, physician-assisted requirements of, say, Oregon and Holland. Instead, dying people at Dignitas can receive medical approval for their right-to-die wishes, and privately self-administer the sodium pentobarbital without a doctor's direct intervention.

All this will come to a head on Aug. 2 when both groups will appear before B.C. Justice Lynn Smith, who is pre-trial case management judge overseeing these Charter challenges. She'll listen to the plaintiffs' lawyers and establish the legal steps that will likely lead to trial in B.C.'s Supreme Court late this fall. (There's a possibility Smith may consolidate the two organizations' lawsuits into one case.)

As there was in 1993 when Sue Rodriguez first raised the issue, there's a real urgency today to get the challenge to Ottawa and Canada's Supreme Court. Kelowna's Gloria Taylor has lived six months longer than her doctors predicted early last year. She is dying. The longer she waits for a judicial decision, the more likely it will be she'll be forced -- like hundreds of other Canadians in her position -- to follow Rodriguez in having illegal help to end a lingering terminal illness.