On May Day this year, the B.C. government announced long delayed changes in its minimum wage regime. Ending a decade of stasis on minimum wage levels during the Campbell years, the new Christy Clark Liberals, in one of their first public policy announcements, enacted some but not all of the changes that the labour movement and anti-poverty activists have been demanding for a decade. 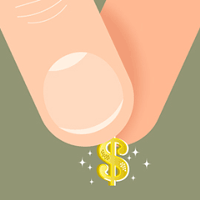 A spokesman for the restaurant industry and commentators from the Fraser Institute think the government went too far, while other critics have told The Tyee the changes are too little too late.

Critics are particularly concerned about a loophole built into the new regulations that will allow employers to pay a reduced rate to workers who serve alcohol. The logic is that that liquored up customers are likely to tip higher, topping up the reduced "servers' rate."

How many people work in this grey zone, benefiting from generosity lubricated by alcohol? A spokesperson for the Ministry of Labour, Citizens Services and Open Government told The Tyee the government did not know how many workers would be affected by the lower rate for drink servers.

Under the new regime, which also abolishes the controversial "training wage" that inspired the slogan "Six bucks sucks," minimum wage earners (currently about 2.3 per cent of the B.C. workforce) will get a small raise from $8.00 to $8.75 an hour. But some workers, those who serve alcohol in licensed premises, will only see their wages go up to $8.50 an hour. Both rates are scheduled to go up in two further increments, bringing the general minimum wage to $10.25 an hour and the server wage to $9.00 an hour by May 1, 2012.

These increases will affect the 2.3 per cent of the B.C. work force that currently receives the minimum wage, and by the 2012 increase it will have an impact on the wages of at least 13 per cent of the work force who were in 2008 making less than $10.00 an hour.

The BC Federation of Labour heralded the wage changes as a partial victory for those in labour and social movements who have been demanding a better minimum wage for a decade, but its leader expressed disappointment both at the new wage level set and at the lower rate allowed for those who serve alcohol.

"A minimum wage increase is long overdue," said Fed president Jim Sinclair, "and it's unfortunate that B.C.'s lowest paid workers had to wait 10 years for any increase."

However, Sinclair criticized the fact that the new regulations included a provision for lower wages for servers, pointing out that workers who receive tips are routinely required to pay for breakage and theft, including "dine and dash" incidents. In some cases, he said, workers are forced to share tip money with others, including management.

Stephanie Cadieux, B.C.'s Minister of Labour, Citizen's Services and Open Government, says that the government got the balance just about right in setting the new wage rates.

"Based on our discussions with stakeholders, we think the decision to implement an increase in the minimum wage and create a liquor server wage was the best route to take. We specifically did away with the previous training or 'First Job' wage so we would have a more consistent approach to the increases," she told The Tyee.

"Nobody's wages should be dependent on the kindness of strangers," he told The Tyee. "Tip income is not predictable. This provision in the law is simply a way to reduce employers' expenses off the backs of workers. You could work all night and get stiffed by a big table of customers. I have a friend who waits on tables and he reports often getting crappy tips from large tables of young customers."

Arguing that an increase in the minimum wage was long overdue, Leier invokes a sophisticated social science instrument he has invented, the "Beer-o-meter" to illustrate how far low wage workers have fallen behind the rest of the economy over the decades. In the mid '70s, he points out, when the B.C. minimum wage was $2.75 an hour, a minimum wage earner could buy 100 ounces of beer for an hour's work, in the form of 10 ten-ounce glasses of draft at a quarter each. Now, to afford the same amount of beer for an hour's work, he said you would have to be making over $23 an hour, close to three times the current minimum wage.

The Living Wage for Families project has determined that a "bare bones" living wage in Vancouver is currently $18.81 per hour for a family with both parents working full time.

A recent paper from the Fraser Institute argues that increasing the minimum wage is a job killing mistake, a public policy blunder that will hurt small business and the low wage earners it is designed to help. It claims that the reforms in minimum wage will cost the province between 9,000 and 41,000 jobs in direct impacts and up to 52,000 jobs lost among all young workers. The paper also claims that increasing the minimum wage will increase rather than decrease poverty.

Seth Klein of the CCPA sees the relationship between the minimum wage levels and poverty differently than the Fraser Institute pundits. In a recent blog posting he argued:

Like the Fraser Institute commentators, Ian Tostentson, of the BC Restaurant and Food Services Association is critical of the increase in the minimum wage. He told The Tyee that although some change "had to happen," the May 1 increases and those scheduled to follow are too high.

"We told the government that it should raise the minimum wage to $8.50 an hour in the first round and not raise the wages of servers," he said. The industry group would have liked to see the lower "tip rate" mandated for all servers in the industry, not just those who serve alcohol, he said. And his group wanted a training wage to remain in place, albeit for a shorter time and at a higher rate than previously.

Not all economists agree with the Fraser Institute and the industry group in their bleak predictions about the impacts of a higher minimum wage. In 2006, for example, more than 650 American economists, including five Nobel Prize winners and six past presidents of the American Economic Association called for modest increase in the minimum wage in their country, saying such an increase "can significantly improve the lives of low-income workers and their families, without the adverse effects that critics have claimed."

And in its 1999 Report of the President, the US Council of Economic Advisors said, "Many studies have examined this issue, and the weight of the evidence suggests that modest increases in the minimum wage have had very little or no effect on employment."

Marjorie Griffin-Cohen, an economist and professor of political science at Simon Fraser, pointed out that most of those who earn the minimum wage are immigrants, women and youth. She is critical of any arrangement like the "server wage" that makes some of those workers subject to even lower wages on the argument that they make up the difference in tips.

"It is discriminatory," she told The Tyee, "to single out one group of workers. Many groups of workers receive work-related income in addition to their wages of salary (i.e., those who receive bonuses, benefits paid for by the employer), yet they are not singled out for reduced treatment for any kind of universal legislation. I suspect that now this is only being done (and it is wrong to do) because the restaurant sector has been so hammered by the HST."

Griffin Cohen was not the only observer to suggest that the reduced rate for liquor servers in the new minimum wage regime represented a government attempt to mollify the restaurant industry after its unhappy experience with the HST and the way that new, more stringent enforcement of drunk driving laws has cut into bar revenues.

The CCPA's Seth Klein called the server loophole a "bone the government has thrown the industry," while Sauder School of Business professor emeritus Mark Thompson told The Tyee "the restaurant industry is consistent. Whatever the minimum wage is, they say it is too high and they shouldn't have to pay it."

Thompson also noted that employees in bars and restaurants don't always get all the tips left for them. He said that an improved minimum wage was a better way than tips to fight poverty.

"A minimum wage is a blunt instrument for fighting poverty, but it does work," he said.

The CCPA's Klein has some suggestions about how the blunt instrument could be sharpened. In his March 23 blog posting, he urges that "ultimately, the minimum wage should be based on a clear rationale, namely, tie it to the poverty line and index it, so that we can cease having this debate every couple years."