Next time Gregory Marks travels to the Olympics, it's a safe bet he will leave his hand grenade and pornography at home. 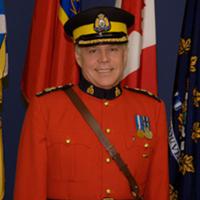 An American citizen with the above name was deported by Canada Border Services Agency, according to a Feb. 12, 2010 situation report by the United States Consulate. Luckily, the grenade was inert. But there was something else that caught the eyes of border cops.

"Marks also possessed a typed paper outlining a scenario for paragliding into the opening ceremonies of the Vancouver Winter Olympics," said the memo, published April 28, 2011 by WikiLeaks. "The scenario describes launching from Whistler with the goal of gaining notoriety."

The memo did not explain how Marks planned to get under the inflated dome of B.C. Place Stadium, but it did say he was interviewed by the FBI which concluded he was emotionally disturbed but unaffiliated with any domestic militia groups.

The cable was among 17 daily situation reports which tracked protests, threats and diplomatic activities during the Games. While protests were plentiful and mostly peaceful, there may have been more drama for two high-level U.S. delegations that visited the Olympic city. Vice president Joe Biden came for the opening ceremony and Department of Homeland Security secretary Janet Napolitano was at the closing.

Police arrested a 48-year-old man with a homemade pass before he could get close enough to Biden at B.C. Place Stadium. Two days later, Biden's motorcade was involved in a minor chain-reaction crash that sent two people to hospital for minor injuries.

Otherwise, the memos contained this consistent message: "There are no known specific, credible terrorist threats against the Vancouver Olympics."

Next time Canada hosts such a big event, maybe it will spend much less than $900 million. Was the hefty price tag the ultimate deterrent? Could the same outcome have been achieved by spending $450 million or even $175 million, the low-ball estimate given in 2003?

We can argue, but we will never know.

The U.S. cables from Vancouver originated from the 1075 West Pender St. consulate but were filled with information gleaned by the Department of State's Joint Operations Centre at 1133 Melville St. An office called the International Athletic Event Security Coordination Group rented an entire floor there. It was linked to the U.S. interagency Olympic operations centre at Bellingham International Airport, along with the headquarters for the RCMP and Canadian Forces Olympic security squads in Richmond.

The cables mention several false alarms that kept authorities on their toes.

A Feb. 14 dispatch said Vancouver police were notified that a prisoner at Pinellas County Jail in Florida discussed with a prisoner of Arabic origin a possible Feb. 20 terrorist attack "involving an aircraft flown into the main area of the Olympics in Vancouver". That threat was deemed "non-credible".

Another dispatch mentions a Feb. 18 suspicious phone call warning the Transportation Safety Administration to "please check your Phoenix to Vancouver flights". The caller from a Charlotte, North Carolina Marriott hotel hung up, but was eventually found and provided more details. A passenger named N. Farooqui was intercepted on U.S. Airways' flight 508 from Phoenix to Vancouver on Feb. 18, interviewed and examined "with negative results".

The FBI likewise received what it eventually deemed a "poison pen letter" that claimed a Fijian named Nazreen Ali and her sister were planning "to do a big one" during the Olympics.

On Feb. 16, a disgruntled former guest of the Whistler Four Seasons hotel called with a threat. Two days later, a suspicious map showing Coke machines at the Whistler Athletes Village forced RCMP into action. The document -- like a stale soft drink -- went flat.

Also in Whistler, a U.S. athlete was detained Feb. 25 but not named. "Consular assistance offered by was declined," said the memo.

Bobsledder Bill Schuffenhauer was freed. He didn't return to B.C. last August when charges of assaulting and threatening his fiancee were stayed.

The only notable incident at Vancouver International Airport was Feb. 27 at 10:50 a.m. when an outbound passenger's bag was deemed suspicious. It was "inspected and found benign" by CBP and Canadian personnel.

The only major pre-Games glimpse into the Canadian security operation from U.S. eyes was contained in a June 16, 2009 cable from the embassy in Ottawa. It said Canada wanted U.S. Postal Inspection Service help to provide a 53-foot-long "mobile mail screening station, with operating personnel, from Jan. 16 - March 26, 2010". The trailer would "detect any physical, chemical biological, radiological, nuclear or explosive threat."

The cables don't say it, but VANOC-hired anti-counterfeit lawyer Lorne Lipkus told this reporter earlier this year that Canada Post workers were kept busy dealing with a flood of 16,000 bogus Team Canada and NHL hockey jerseys in small-quantity packages.