This week I have shared what I learned when I asked hard questions about whether building the massive Site C Dam in British Columbia's Peace River region was really necessary. I laid out the case made by locals for preserving a vital breadbasket and fostering in their region job-creating wind and geothermal energy projects instead of killing a river valley. I shared the analyses of expert academics, who calculate Site C's potential energy production is not necessary to meet B.C.'s ongoing clean energy needs. 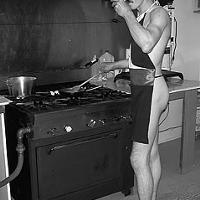 Still, there is one final factor at play behind the push to build the Site C Dam, and it's one that should be only too familiar to anyone who has spent more than ten minutes trying to understand Canada's political culture. Regional conflict has long defined politics in Canada, and whole forests have been felled in the production of reports, analyses, and studies that document this phenomenon. Perhaps the most famous example of regional conflict in Canadian politics was the Trudeau government's creation of the National Energy Program in the early 1980s, a decision that sought to force Alberta to share some of its petroleum-related wealth and protect eastern Canadians from the skyrocketing price of gasoline but ultimately ended up alienating western voters and sowing the seeds for the creation of the Reform Party.

In the effort to build the Site C Dam, the provincial government is re-enacting a scale model version of the National Energy Program that the Trudeau government implemented in the early 1980s. On the one hand, you have a comparatively small and politically insignificant minority in possession of a valuable resource, and on the other, a politically powerful majority interested in exploiting it for what it perceives as the greater good. And while it's unlikely that the Site C Dam will make the BC Liberals as unpopular in the Peace Region as the National Energy Program made the federal Liberals in Western Canada, the injustice of the proposed Site C Dam might be even greater than that of the National Energy Program.

BC Hydro is proposing the construction of a project that will flood a valley, submerge thousands of hectares of class one soil, destroy the mating grounds and migratory passages of hundreds of different animal species, and leave an economic legacy that will consist of just a few full-time jobs. All of the power and the money that flows from it will accrue in, and to, those who reside in the southwestern corner of the province. Yet they will not share in the burdens associated with the dam, from its environmental and ecological impacts to the social and economic chaos associated with living near the construction of a megaproject.

"What’s happening here is incredibly unfair," Ken Forest said. "To flood a valley for profit, so that people somewhere else can enjoy that profit, and leave a mess up here is unconscionable."

Out of sight, out of mind

This injustice is only exacerbated by the fact that those who stand to benefit most from the Site C Dam, the residents of Greater Vancouver, refuse to even consider sharing in the responsibilities of energy production. The only meaningful source of power generation in the Greater Vancouver area is Burrard Thermal, a natural gas fired power plant, but it has been all but mothballed by the provincial government because of the pollution it generates. Despite the BC Utilities Commission's recommendation in 2009 that it consider increasing Burrard Thermal's operating capacity, the provincial government reaffirmed its commitment to using the plant only on an emergency basis, and with an eye to phasing it out completely by 2014.

"We've committed since 2001 to ending BC Hydro's reliance on Burrard and to only using it for emergency back-up capacity," Blair Lekstrom, energy, mines and petroleum resources minister, was quoted as saying in an October 2009 government press release. Burrard Thermal's 900 MW of capacity will only be used in emergency situations, and its generating potential will not be counted in BC Hydro's calculation of sources of firm energy in its portfolio.

The government's unwillingness to even consider utilizing Burrard Thermal's capacity irks Sandra Hoffman. "It's okay if we flood and destroy our river valleys, because they don't have to see it," she said, "but they don't want it near them." Worse still, she says, that's where it needs to be. "That's where the load is; the load is down south. They lose up to 13 per cent in transmission just to get the energy down there, so it makes sense to be doing the energy generation close to where the load is, but they don't want to see power lines."

'We don't get anything back'

Karen Anderson, the mayor of Hudson's Hope, thinks that the decision-makers behind the latest push for the Site C Dam haven't fully considered the costs that they are asking the people in her community to bear. "We don't feel that we should be ruining our valley, and our part of the province, in order to sell energy to the United States," she said. "They take our oil, they take our gas, they take our power now, you know? We don't get anything back from it, really." Bruce Lantz, the mayor of Fort St. John, is more pragmatic about the political calculus informing the decision. "If they [Liberals] lost every vote in northeastern B.C. because of Site C, they'd lose 22,000 votes," he said in an interview with The Georgia Straight's Matthew Burroughs last year. "If you put a major project elsewhere in the province, you could lose that many votes in an eight-block radius. So this is kind of an area that is acceptable losses, maybe, in terms of votes. And, of course, the communities are split. And I think that the deep thinkers in Victoria have figured that this is a good way to go."

As with any conflict that is defined by a conspicuous imbalance of resources, it's tempting to compare the dispute between BC Hydro and people like Ken Forest, Sandra Hoffman, and Ken and Arlene Boon to the biblical story of David and Goliath. Certainly, sitting at the kitchen table of the Boon's homestead-era house, listening to them talk about the connection that they felt to the land, the river, and the valley, it was an analogy that I was prepared to draw.

But David, as Forest reminded me, at least had a few rocks with which to work. While BC Hydro arrived at each consultation meeting armed with glossy brochures, information pamphlets, and a small army of engineers, environmental consultants, and other suitably informed experts, those opposed to the project were forced to make their case without any financial or organizational support. "In the spring," Forrest explained, "we were picking up bottles on the highway to try to get funds to combat Site C, when BC Hydro has not only over $80 million in the last several years but they also have access to board rooms, corporate jets, engineers, lawyers, access to the media, and access to politicians. We have access to nothing."

No done deal yet

There is still hope for the Site C Dam's opponents, though. The comprehensive environmental assessment that is the next stage of the process may yet prove to be a deal breaker, particularly given the fact that environmental concerns contributed to its most recent demise in the early 1990s. More importantly, there's still the always thorny issue of First Nations consultation, and given the fact that Shawn Atleo, the new national chief of the Assembly of First Nations has expressed opposition to the project in the past, that may be too stiff a challenge even for a skilled negotiator like former Socred cabinet minister Jack Weisgerber, BC Hydro's point person on First Nations consultation for the Site C Dam.

For now, the Site C Dam's opponents are just holding out for another stay of execution. If they can jam the process up with procedural delays or legal challenges, they might just be able to run out the clock. "Gwynne Dyer has told us to stall for two years," Sandra Hoffman said. "By then the need for arable food-producing land will be a viable argument to not do Site C." Ken Boon remembered that the late Leo Rutledge, one of the dam's most outspoken opponents during its first incarnation in the early 1980s, leaned heavily on the same strategy the first time the dam was defeated. "Leo, that was always his argument," Boon said. "Delay, delay, delay."

The last few chapters of the Site C story have yet to be written, but as writer Steve Roe noted in "Down the River," a regular column in the Northeast News that explored the issues that informed the debate about the Site C Dam, those looking for a preview of what they could look like would do well to re-read their copy of George Orwell's Animal Farm. In Orwell's famous political allegory, the construction (and destruction) of a windmill plays a central role in the conflict between Snowball and Napoleon, the two pigs that helped engineer the takeover of the Manor Farm. While Snowball (the good pig) sees the windmill as a means to a common good, the production of electricity, his rival Napoleon (the nasty one) instead uses it to exploit the work of the other animals in order to turn a profit for himself and his cabal. To that end, and despite the more pressing need for basic shelter and food, Napoleon convinces Boxer (a horse with a particularly strong work ethic) and the other common animals to perform backbreaking labor in order to build the windmill.

Yet in the end, the windmill that these common animals sacrificed so much to build isn't used to improve their lives but instead to enrich the pigs who have taken control of the farm. BC Hydro isn't run by a pack of scheming pigs, of course, but there are some striking similarities between Orwell's allegory about a small farm in England and the proposed Site C Dam project on B.C.'s Peace River. The residents of the Peace River region, some of whom have spent most of their adult lives fighting against the Site C Dam, can only hope that their story doesn't end the same way as Orwell's does.