Think about the first time you saw an Indigenous person in media. Was it a nameless baddie in a cowboy movie? Or a news story where a diverse group of nations were boiled down to caricatures who were, as an elder once boiled it down for CBC reporter Duncan McCue, “drumming, dancing, drunk or dead”?

Media has not only shaped settlers’ views of this land’s first peoples, but also how Indigenous people view themselves.

We Interrupt This Program: Indigenous Media Tactics in Canadian Culture, a new book out from UBC Press, highlights examples of how this is starting to change by examining Indigenous artists, media makers and journalists who push back on the stereotypes and colonial interpretations, creating new narratives of — and for — themselves.

Earlier this week, The Tyee spoke with co-authors and Carleton University School of Journalism and Communications professors John M.H. Kelly, a member of the Haida Nation, and Miranda J. Brady, about their new book, its intended audience, and where Indigenous people are taking media with their differing vantage points on our collective history and future.

The Tyee: Why did you write We Interrupt This Program?

John M.H. Kelly: There’s so many books out there, written by academics, on the problems that Indigenous people go through. And so many of them are negatively slanted. It became important to us to try to do a book that shows the power that we have as Indigenous people, and as allies [are] doing, and that’s the rebuilding of our communities, the re-establishing of who we are, and the presenting of who we are to Canada in a stronger, positive light.

Who is the book for?

Miranda J. Brady: We were thinking Indigenous students, other students broadly construed: high school, college, university students. We tried to pick topics that were very important in the moment, and we thought it would be a good way for instructors to pick out each topic that they wanted to cover in a class, for example.

We’re hoping it will be accessible for communities as well — Indigenous communities specifically — but probably more realistically the book is going to have a wider circulation in classrooms and academia. We tried to write something that was academic yet accessible.

JK: I’ve been in journalism since 1975. I started out as a photographer in Oregon, and realizing it wasn’t going to go very far without a college or university education, I started taking classes and continued to work in photo journalism, and eventually got into writing and reporting. [I worked] pretty consistently up to my years at Carleton University, and I still do occasional work.

How has the depiction of Indigenous people and their presence in media changed since you started in journalism?

MB: It’s worth noting if you think about media products and also news, that a lot comes from the U.S. up into Canada. So a lot of stereotypes are introduced in the cultural texts coming from the U.S.

Why did you focus on mainstream news outlets like CBC’s representations of Indigenous people, instead of Indigenous media like the Aboriginal Peoples Television Network (APTN) or Windspeaker?

MB: APTN has been written about pretty extensively, so we wanted to look at some other examples that maybe haven’t been written on before. Windspeaker is important in communities. It could have been something we focused on. But at the end of the day, it took us about five years to get this book out.

JK: It kept changing on us. For example, we were reporting what we would report on the (Truth and Reconciliation Commission), it was still going through changes. We had to shift to stay as current with the topic as we possibly could.

I bring up mainstream media because it’s more accessible, for example, than the ImagineNATIVE film festival in Toronto. Why did you choose examples that had limited access?

MB: The ImagineNATIVE film festival is just a really important site. Not just for the film festival itself, but in terms of making connections for filmmakers that are all over the place. So filmmakers do travel across Canada and the world, in fact, to go there to try to seek funding, to make connections with other filmmakers and to collaborate.

A lot of people know who [DJ crew and producers] A Tribe Called Red are, but might not have heard of Jackson 2bears, who is interviewed in the book. He’s doing important work, but is the impact limited if not a lot of people are being exposed to it?

MB: 2bears, he’s kind of up and coming in a lot of ways. He’s teaching art on the West Coast and is an artist in residence at a university there, and I believe that Heritage Minutes piece was funded in some way. He’s also done a lot of collaborations with [poet] Janet Rogers. So maybe he’ll become better known sometime soon.

JK: 2bears is a good case, because what he does is he presents the Heritage Minutes scenario in a way that shows its true nature, that it’s not really an Indigenous voice. So it’s reaching an audience that needs to know that everything is not going so well in Indigenous country.

In contrast, Shane Belcourt produced two Heritage Minutes: one was on residential schools and one was on Treaty 9, and his audience was aimed directly at the general public in Canada to educate us as to the realities of what we went through. So these people are reaching a wider audience.

MB: We should also say that part of what 2bears was remixing was one of those Heritage Minutes, the one on [the Iroquois legend] Peacemaker. So it’s not all just commentary on what is non-Indigenous takes on Indigenous culture that is misguided. It’s also re-mixing everything together. 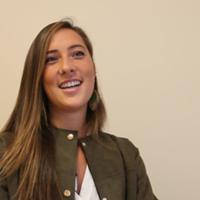 How We Can Do Better on Indigenous Reporting

There’s more attention being drawn to diversity behind and in front of the camera. How is this reflected in Indigenous people’s experience in Canadian television and film?

MB: Some of the models in Canada are quite interesting, one of those is the CanCon regulation, which requires a certain percentage [of programming] by broadcasters be Canadian. In some ways Indigenous cultural texts benefitted from that.

Some of the [Indigenous] filmmaking and television in Canada was also triggered by APTN in that it becomes a site that is looking for films and television shows. So that means there’s more people behind the camera in Canada, and more Indigenous filmmakers and producers of cultural texts that wind up on television.

But if you look at that report that ImagineNATIVE put out in 2013, there’s still a really long way to go. ImagineNATIVE has done a good job of addressing some of the problems, for example getting funding, by creating a venue where everybody knows what to expect.

JK: The media are the battleground. This is where the public forms its image of who Indigenous people are. It’s also the arena in which many indigenous people see ourselves reflected. My motivation in co-authoring this book is to show that the media are a means by which we can change the public image of who we are, and to a greater or lesser degree change our own image.