Postmedia's escape from bankruptcy this week offers at least a tiny opportunity for critics who want the giant corporation's grip on Canadian newspapers loosened. 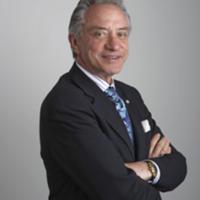 Postmedia, which owns the Sun, Province, and 24 Hours in Vancouver and 170-plus newspapers across the country, has been stumbling toward insolvency. Its stock is almost worthless, revenues are in freefall -- down another 12.9 per cent according to Thursday's quarterly report -- and management has no credible plan. It's barely able to pay the interest on its $648-million debt.

So Postmedia went to the people who were owed that money and cut a deal, giving control of Canada's largest newspaper company to an "ad hoc" group of creditors apparently led by Chatham Asset Management, a New Jersey hedge fund.

This gets a little complex. Postmedia had two types of debt. Holders of first lien notes were owed $303 million; they were entitled to be paid first if Postmedia went broke -- and if there was any money. The notes were due next year. Most of the debt was held by Canso Investment Counsel Ltd., an Ontario business.

The creditors and Postmedia talked, the lawyers and accountants racked up billable hours, and a deal was struck.

The first lien holders will get $78 million in cash to reduce their exposure. They will extend another $225 million loan at 8.5 per cent interest, with repayment due in 2021. To increase its chance of getting repaid, Canso negotiated another clause requiring Postmedia to use 50 per cent of "excess cash flow" to make additional payments on the loan. If there is $8 million left after the bills are paid, they get $4 million. (Not a good thing for Postmedia's ability to invest in new initiatives.)

And the second lien holders will forgive their $345 million debt in return for 98 per cent of Postmedia stock. They will also make new loans of $115 million at 10.25 per cent, mostly so Postmedia can pay Canso and other first lien creditors the promised $78 million.

Postmedia would emerge from all this with about half as much debt and much lower interest payments.

And the U.S. hedge funds led by Chatham Asset Management get Postmedia at a discounted price. (They've given up $345 million in loans that likely would not have been repaid anyway and put up $116 million. Postmedia paid $303 million for Quebecor's 170-plus publications alone less than two years ago.)

The deal surely shreds the phony claim that Postmedia is a Canadian-controlled company.

That fiction was created when CEO Paul Godfrey and the U.S. investors came up with a plan to buy Canwest's newspapers in 2010, when they were on the brink of bankruptcy.

Our tax laws give Canadian-owned publications an advantage over foreign competitors. If a business buys an ad in a Canadian newspaper, the expense is tax deductible; the same ad in a foreign publication isn't.

To get around the laws, Postmedia created two classes of shares. Class B shares, foreign-owned, represented about 98 per cent of the stock before this deal, but are limited to 49.9 per cent of the votes in any matters to be decided by shareholders. Class A shares are Canadian-owned and are weighted so they always have a majority in shareholder votes on issues like electing directors.

The federal government accepted the fiction.

But this week's move gives the hedge fund lenders new shares equal to 98 per cent of the shares outstanding, further reducing the proportion of shares held by Canadians.

Who really believes, no matter how elaborate the share structure, that the corporation is Canadian-owned at this point?

Postmedia will, of course, warn that newspapers would close and jobs would be lost if it couldn't claim to be a Canadian company.

There is no evidence to support that position. Denying Postmedia Canadian status would be disruptive, and the hedge fund owners could be forced into a fire sale of shares or assets.

But despite their grim performance and gloomier prognosis, there might well be Canadian buyers for Postmedia's newspapers at a bargain price.

And, based on Postmedia's performance, the newspapers are going to close anyway.

The image in Godfrey's mind is, I suppose, a sleek jet picking up speed and just needing a little more time before it leaps into the air.

The reality is a parked biplane, with the propeller falling off and one missing wheel. The company has had years of plunging revenue. Its attempts to increase digital revenues have failed; they fell again in the latest quarter. If there is a coherent strategy, beyond cutting costs and hoping, it's not evident.

(Godfrey also said the idea of selling any newspapers was "off the table," though it's hard to believe he has much say at this point.)

So there is not much to lose by pushing for a federal review of Postmedia's Canadian status.

And there is at least a possibility of gains. Who knows if local investors, foundations or as-yet-unimagined entities would step up to buy individual newspapers if Postmedia were forced to sell at prices that reflected their current value?

Even in their diminished roles, newspapers remain important to public life and our sense of community. They continue to employ large numbers of journalists and reach large numbers of readers, in print and online.

The Postmedia sale opens the door -- slightly -- and gives citizens the chance to press for a different future for Canada's newspapers.