I miss the cat pictures. 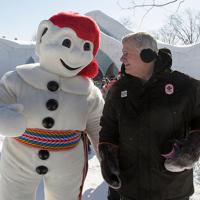 After Several Fails, Should We Trust Election Polls?

Only five weeks ago, my Facebook feed was awash in the usual social media nonsense -- pets, food, pop culture listicles and smiley kids with cake-smeared cheeks. Then the writ dropped and everything changed.

Friends who once Instagrammed artfully-arranged bowls of quinoa and veggies started mapping voter intention trends. Media junkies swapped Kim and Kanye for Nanos and Grenier. For a time, I was exhilarated. I thought the polls I shared and analyzed gave a sharp, factual clue of what could be expected of Canadians on Oct. 19.

There's just one problem. Hardly any of them actually do that.

Here's why I solemnly pledged to ignore all national polls in favour of local candidate-level data this election.

Even though a third of America's eighth graders think Canada is a fascist dictatorship, we're actually a parliamentary democracy where voters don't pick prime ministers, political parties do. Only voters in the ridings of Calgary-Southwest, Papineau and Outremont are potentially casting ballots for the prime minister (and really, they're just electing a member of Parliament whose party has selected them as leader).

Unless you live in a swing riding that multiple parties are battling for, you'll probably never see a poll specifically asking which candidate voters in your area support. Why? Because polling all of Canada's 338 ridings individually is prohibitively expensive and time consuming. So, pollsters ask broad questions about which party or leader voters plan to support, then apply a proprietary methodology on that data to predict seat numbers.

Eric Grenier of ThreeHundredEight.com explains his projection method, based on the difference between results of the last election and current polls: "Put simply, if a party managed 20 per cent in a given region in the previous election and is now polling at 40 per cent in that same region, their results in each individual riding would be doubled."

This seems sensible, aside from two key points.

These numbers break down further by province or region (excluding the territories) according to population. In the latest Nanos Research poll, that's as follows:

Of those 106 Atlantic Canadians, there's no way to see what ridings are represented. A person living in Gander, Newfoundland looking for an idea of how his or her neighbours plan to vote may not actually see the voting intention of anyone living in the same riding -- or the same province, for that matter.

The final issue is historical context: did the poll participant vote in 2011? Has their vote changed? Only Ipsos, Leger Marketing and Angus Reid specify that their participants are eligible to vote; all others simply say participants are Canadians 18 and older. Since 39 per cent of Canadians did not vote in 2011, knowing who did vote and for whom would help ground statements of votes lost or gained by parties in real data.

In other words, take results with several grains of salt -- especially if they've asked who voters prefer as prime minister. After all, the election is weeks away. Canadians may still change their minds in the voting booth as we saw in British Columbia in 2013, Ontario in 2014 and in the U.K. general election earlier this year.

So, what's to be done? First of all -- and really, this goes without saying -- mark off some time on your schedule to vote on Oct. 19. Next: take the following pledge to help keep unhelpful opinion data off social media for the next 33 days.

Please raise your right hand and repeat after me:

Between now and Oct. 19, I pledge to only share polling data that reflects voter intention at the riding level. I know there's absolutely no reason to pay attention to nationwide polls of 1,000 random people, particularly if the poll asks whom they would vote for as prime minister. I accept that those polls are misleading and unhelpful. Instead, I pledge to help the party I support by ensuring I only promote data that is realistic and local, particularly if I live in a competitive riding. I shall not waver from my pledge, no matter what the CBC Poll Tracker says. Namaste.