[Editor's note: This is part of a series of reports on successful youth-focused projects resulting from collaboration between indigenous communities and philanthropic organizations. Leading Together is itself a collaboration of Journalists for Human Rights, Tyee Solutions Society, Wawatay Native Communications Society, and the J. W. McConnell Family Foundation which commissioned this journalism. Look for one more Leading Together story in The Tyee next week.]

Richard Spence, a 24-year-old member of the Attawapiskat First Nation, saw the camera crews come and go in 2011 and 2012, and how they portrayed his community. 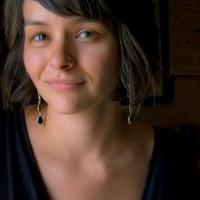 "All they showed were people in sheds, mouldy houses," said Spence. "Those reports almost made me shameful to be from here."

Months later, when Spence was invited to learn the basics of journalism in order tell more complex stories reflecting what he knew of Attawapiskat, he jumped at the chance.

Launched in spring 2013 by media development organization Journalists for Human Rights (JHR), the Northern Ontario Initiative aims to challenge that deficit. It is doing so by sending two journalism trainers to six remote communities.

The goal is to train Indigenous participants to produce and freelance their radio and print stories to media outlets. Fort Severn, Weagamow, Kitchenuhmaykoosib Inninuwug, Moose Cree, Constance Lake, Lac Seul and Attawapiskat are all participating.

Richard Spence's first outing resulted in a report on how his nation's education authority board members took action to detect and remedy a buried oil leak posing danger to kids at the elementary school.

From Ghana to Nishnawbe Aski

The Northern Ontario Initiative is rooted in Africa. Designed and managed by Robin Pierro, a young documentary filmmaker and former freelance journalist, the project idea first came up when she was in Ghana working as a trainer with JHR.

Since 2002, JHR has worked to strengthen independent media in sub-Saharan Africa by helping local journalists report ethically and effectively on human rights and good governance. While in Ghana, Pierro, now an international programs manager at JHR, witnessed the power of journalism to spark positive change first hand. She thought, "Why not take this model and tweak it to a Canadian context and start working on improving human rights issues in our own country?"

Upon returning to Canada in September 2011, Pierro got busy developing her idea at JHR's Toronto headquarters. First step? Make respectful inquiries about how JHR could be of service. In practical terms, that meant Pierro spent a year speaking with First Nations people in their own communities, as well as other stakeholders, to gain their perspectives.

If JHR could train new First Nations journalists, those graduates would have a ready outlet through Wawatay.

Buy-in from all parties

It took a first proposal, and then a refined version, to earn funding from the Ontario Trillium Foundation. Key to that second-push success was Joyce Hunter, Cree from Weenusk First Nation, now the Aboriginal liaison strategy coordinator for the City of Thunder Bay. Hunter joined Wawatay as its special projects officer after the first JHR proposal rolled in. Hunter saw potential in the idea, but also recognized there needed to be increased dialogue and buy-in from the communities.

"Joyce was a huge help in strengthening the second proposal," said Pierro. "She offered a unique perspective as an Aboriginal person from a remote community who worked in journalism, and Wawatay assigning her to work with me on the proposal showed their buy-in and commitment to making this happen."

The Ontario Trillium Foundation approved the second pitch in February of 2013. Accenture Canada soon came on board.

"We are providing $50,000 worth of free technology consulting and with that money we are building a robust online portal to bring together the journalism trainees, the trainers and the broader community," said Theresa Ebden, director of media and analyst relations Canada at Accenture. "We will have things like tutorials, a discussion board and connect these journalists in training with real editors who will really buy their stories."

Wawatay News has budgeted for purchasing stories from the newly-trained community journalists and has already published some of their work. Many other media organizations have shown great interest in running the content, provided it meets their editorial standards.

Two months into the initiative, Danny Kresnyak, a roaming journalism mentor currently stationed in Constance Lake, said he had gained as much knowledge as he was sharing. "People don't want to be talked to, they want to be worked with," said Kresnyak. "The main issues right now are visibility and inclusion in the process."

"Community partners need to be included in the design of goals for the project to function. Both sides must work to create a mandate they can effectively buy into. I cannot just be here, take the story and leave. I need to leave a legacy for the work to be sustainable and the project to be a success."

Kresynak said simple acts of listening and learning have been key to fostering a better relationship with the First Nations community.

"Attawapiskat [where Kresnyak spent three months as a trainer] has become a lightning rod for major media stories about social problems on reserves. Many people here feel their community has been painted in an unfortunate light," he said. "As a result, many in the street don't trust journalists and there is often an opacity when dealing with outside government, band office, and local bureaucracy. Much of my effort is dedicated to shifting this paradigm."

"The reason why training and journalism is important is to provide news to others and to show others that despite our hardships we are still here and enjoying life," said Thomas. "And the stories that are written are to be written in a way that people will understand and enjoy."

Pierro hopes the Northern Initiative can expand into other provinces. Ultimately, the aim is to build partnerships with universities to create fellowships and implement curriculum on how to better cover Aboriginal issues.

As training proceeds, one person is particularly eager to see the results.

"The thought that this time next year we might have six freelance writers in six different communities who are regularly contributing to the newspaper and to the magazines is really exciting and positive for Wawatay," said Shawn Bell, former editor of Wawatay. "It's going to make Wawatay so much stronger to have those stories."

Richard Spence hopes to be one of Wawatay's writers. He'd like to balance journalism with attending college to become a music teacher in Attawapiskat. Before Danny Kresnyak seized his imagination by suggesting he could tell his own community's stories, Spence was without plans for his life. Not anymore.

"This project helped me see that I could improve myself and improve my community by being able to write stories about it, and help give all of Canada an idea of what it's like on the rez."