Thanks to video games, millions of people can taste bloodthirsty victory over Nefarian, the eldest son of the legendary dragon Deathwing. 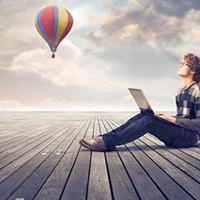 Thanks to video games, millions of people can share in the 300 kilometre-per-hour rush of winning the Italian Grand Prix.

And thanks to video games, we have ways to make journalism far more relevant to far more people.

Numbers alone suggest game designers have got something journalists need.

For example, according to World of Warcraft publisher Activision Blizzard Inc.'s latest annual report, the online game had 9.6 million subscribers as of Dec. 31, 2012.

By comparison, the Alliance for Audited Media states the total average daily circulation for the most read newspapers in the United States was 9.1 million in the six months ended Sept. 30, 2012.

That means World of Warcraft had more subscribers than the average number of newspapers distributed by the Wall Street Journal, USA Today, the New York Times and seven other publications combined.

The online game also has more subscribers than all the newspapers distributed in Canada, where the average weekday circulation totaled 5.4 million in 2011, according to Newspapers Canada.

Of course, part of the reason for that difference has to do with World of Warcraft having an international rather than a national or regional audience.

Another part of that difference has to do with World of Warcraft being an entertainment product, rather than an informational product that is sometimes entertaining.

Life as a hobbit minstrel

Let me give you a personal example.

When I'm not teaching, thinking and writing about journalism, I spend most of my time with my wife.

And when I'm not spending time with my wife, one of my hobbies is playing Lord of the Rings Online.

It's a fantasy game set in J.R.R. Tolkien's Middle Earth where I pretend to be... a hobbit minstrel.

As a hobbit minstrel, I have hairy feet, carry a lute and do a battle with everything from giants spiders and orcs to wargs and dragons.

Some of those creatures are easy to defeat. Others aren't.

But I know that, no matter how difficult the battle is, I'll be victorious because that's how the game is structured.

I know that -- with enough time and effort -- I'll be able to defeat those dragons, earning more in-game wealth and power as a result.

Indeed, that sense of achievement is one of the principle reasons why people play and pay for such games.

In the case of World of Warcraft, that means forking over $15 per month -- the same price as a basic digital subscription to the New York Times.

But what would happen if my victory over those dragons wasn't assured?

What would happen if I knew many of those creatures could never be defeated, no matter how much time and effort I spent playing Lord of the Rings Online?

I think that's how many of us psychologically experience the news media.

Open your newspapers and what do you see?

Stories about wars you can't do anything about.

Stories about disasters you can't do anything about.

And stories about government decisions that you should be able to do something about but can't.

According to a survey conducted in Canada by the Environics Institute last year, just 11 percent of respondents agreed with the statement, "Those who govern this country are interested in what people like you think."

That suggests Canadians have little reason to pay attention to public interest issues -- and the stories journalists tell about them.

This is the psychological experience offered by the news media.

I think this necessitates a change to our political system, making it more responsive to voters and less responsive to the dictates of party leaders.

But I think it also necessitates a change to journalism.

I think we, in the media, need to do more than just report on the ills of the world.

I think we need to help our audience cure those ills, using methods that provide incentives for them to engage.

We need to give our audience influence -- not a feeling of impotence.

That is the lesson of video games, which show us incredible worlds and then give us the opportunity to change them in whatever way they want.

I'm not entirely sure what that opportunity will look like in the news media.

But I think it must go further than just "gamifying" the news -- making the audience newsgatherers and rewarding them for it via badges or other online tokens.

Instead, perhaps newspapers should include a sidebar with every public affairs story, explaining how readers can get involved with the issue from a pro, con, right or left perspective.

Perhaps new outlets should feature activism tools, such as meme makers, so their audience can easily campaign about the issues online.

Perhaps newspapers and broadcast stations should partner with organizations such as online petition creator Change.org to provide such tools.

Again, I'm not entirely sure.

It's much less narcissistic.

And, if we don't, then winning virtual races and defeating virtual dragons will continue to look more and more appealing.