According to Statistics Canada's 2006 Participation and Activity Limitation Survey, there are 4.4 million people with disabilities in Canada. Despite representing such a large percentage -- 14.3 per cent -- of the Canadian population, people with disabilities often feel isolated, in part because they seldom see or hear people like themselves in the mainstream media. 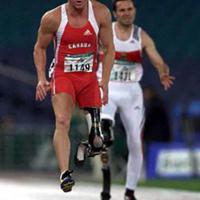 The media as a whole plays a key role in shaping and perpetuating public attitudes and values. However, more often than not, people with disabilities are viewed as objects of fear and curiosity rather than as productive members of society.

The media has the power to be a platform for social change. Historically, the media has encouraged debate and supported those who stand against oppressive practices. By continuing to stereotype people with disabilities, however, the media perpetuates myths, isolates millions and neglects to present an accurate picture.

Don't feel sorry for me

For example, I was labeled a superhero. In an article that appeared in Kamloops This Week in May 2007, shortly before my graduation from Thompson Rivers University's social-work program, the reporter portrayed me as "a climber of a Mayan temple." He said I had been climbing pyramids since the day I was born.

In my view, receiving a social-work degree is something anyone can do. I was doing what I wanted to do. It wasn't something that should enable me to be elevated to a higher pedestal. My portrayal in the story made me feel everyone was placing expectations on me and I had to accomplish them. I could have inspired other people or I could have made them feel they were not capable of accomplishing the same. (On the other hand, sometimes I feel as though I have climbed many mountains, so it is a bit of a contradiction.)

At other points in my life, such as when I was featured in an article in the Elliot Lake Standard, I have been portrayed with pity as well as having superhero status: "Though bound to a wheelchair, unable to move her limbs, her voice silenced by a severe form of cerebral palsy."

When I see myself portrayed this way, I feel uncomfortable because I do not want people to feel sorry for me. I do not feel mentioning my disabilities was necessary. By stating I was wheelchair-bound, the reporter made it sound as though I'm not able to participate in daily activities.

Below are a few suggestions open-minded journalists can use to write engaging stories involving disability issues:

Replace passive words with active words. Avoid using terms like (the) handicapped, afflicted by, suffers from, victim of, confined to a wheelchair, wheelchair-bound, mentally handicapped/subnormal, cripple, invalid, the disabled, able-bodied. Use instead, disabled people, has (the condition or impairment), wheelchair user, has a learning disability, disabled person, disabled people, person who has cerebral palsy, non-disabled.

Mention a person's disability only if it is necessary to the story. Explore the context. Beware of accenting negativity and loss.

The same is true when it comes to medical details. There's nothing wrong with discussing when someone is experiencing difficulties, but try to avoid exaggeration and assumptions.

Speaking of assumptions, journalists should never assume their assessment of a person's disability is correct. Ask the person directly.

The study found national newspapers tended to focus on health, medical research and legal issues while local newspapers emphasized stories dealing with fundraising in connection to people with disabilities. The most common categories were the "brave disabled person raising money for a worthy cause" and "the family member advocating on their behalf." In the brave disabled-person category, subjects were seen as heroes with superhuman qualities or individuals needing charity.

Missing from the press was any exploration of why disabled people and their families were forced to fundraise for necessary services or equipment in the first place. None of the papers paid much attention to issues like education or employment.

What society needs to realize is that people with disabilities are concerned about their everyday happenings like everybody else.

From 1998 to 2007, the CBC produced Moving On, which was broadcast across Canada and reported how issues like the workplace, health, technology, relationships, arts, sports and recreation related to disabled people in their everyday lives. At its prime, the program's weekly audience averaged 200,000 viewers.

But, after a decade on the air, CBC cancelled the program, attributing the decision to low ratings. The Canadian Media Guild, which represented workers with the show, said the cancellation reflected other factors including how far off the public agenda disabilities issues had fallen.

By reporting fairly and accurately and knowledgeably, journalists can play a major role in reshaping the way people with disabilities are viewed by themselves and by others in the community and returning the issue to the public agenda. It absolutely needs to be done.