As I sit here writing at a dining table by the stormy, winter Pacific Ocean, the tragedies and controversies of the past few days in our tenuous world seem so far away. . . the earthquake in Haiti, the prorogation of the Canadian Parliament, the seething factions that are emerging and will continue to voice their hopes during the Vancouver Olympic Games. 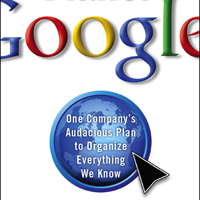 Yet, all of this is alive and current and I am connected to it all via this enmeshed fabric we call the Internet. The week's events have also proven how fortunate I am to live in a place where we do actually have free access to a global Internet that is truly beyond political and national boundaries; an Internet not shrouded by a government's heavy curtain.

For writers and activists, access to information -- be it via proliferating social media or more traditional news sources -- is our lifeblood.

This is why the events that unfolded in China over the past few weeks beg reflection.

Compromises from the start

On January 12, Google Inc. reported, "In mid-December, we detected a highly sophisticated and targeted attack on our corporate infrastructure originating from China that resulted in the theft of intellectual property from Google. However, it soon became clear that what at first appeared to be solely a security incident -- albeit a significant one -- was something quite different."

What Google claims to have observed is that the primary goal of the attackers was to access the Gmail accounts of Chinese human rights activists. According to Google's blog, only two accounts were accessed, but only information such as the date when an email was created and its subject line -- not the content itself -- was revealed. Lastly, Gmail users based in North America, China and Europe who are advocates of human rights in China appeared to have been routinely accessed by third parties.

These accounts, said Google, "have not been accessed through any security breach at Google, but most likely via phishing scams or malware placed on the users' computers."

Google has been in China since 2006, and in a statement the company made before the Subcommittee on Global Human Rights, the Committee on International Relations and the United States House of Representatives, Google attempted to outline their logic in launching the Chinese version of Google and the difficulties inherent in their decision to do business in China, when China's "content restriction" and censorship laws ran counter to Google's basic values of free speech and free access to information.

Elliot Schrage VP of Global Communications, expressed hope "that Google.cn will make a meaningful -- though imperfect -- contribution to the overall expansion of access to information in China."

Obviously, recent events have provoked Google to reevaluate their decision.

Many commentators are scrutinizing the company's actions and questioning their motives. They ask whether Google isn't just acting from a place of self-interest and a hope for increased market share on its own terms.

Yet, however you choose to view the situation, consider what is at stake here. What can government-controlled restriction lead to but ignorance and disconnect from the rest of the world?

On the CBC I heard former CNN Beijing Bureau Chief, Rebecca MacKinnon, recalling her teaching days in Hong Kong. Her students from Mainland China were stunned when they encountered the unrestricted Internet in Hong Kong. "They were learning about things that they had no idea existed," she said.

She is supportive of Google. "If executives at companies like Google conclude that it's in their self-interest to take a public stand against censorship and unlawful surveillance, and do things that contribute to freedom of information and openness, that is a good thing, whatever their deepest and truest motivations..."

If China's economic reform programs and its citizens' entrepreneurial flair continue to benefit millions of Chinese people, isn't intellectual freedom and the drive for it inevitable? And doesn't global economic engagement eventually lead to global intellectual and artistic and cultural exchange?

I applaud Google's stance on free speech and open networks.

Yes, the company stands to profit from transparency, but don't we all?

And in a world where idealistic Western democratic rhetoric does not match diplomatic practice -- at least not yet -- Google deserves praise for lobbying for change.

I expect what grows out of such tough conversations will have an impact not only in China, but in Iran and many other authoritarian regimes. And even back here at my dining room table, where I scan my computer screen on the stormy far edge of world.