The c-word is enjoying a rebirth. Doubly appropriate, given one of its main functions. 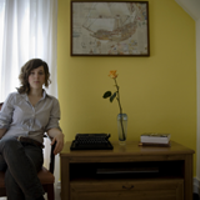 There've been a few decades' of feminist effort to reclaim derogatory words -- much like with "queer" or the n-word -- including by uber feminist Germaine Greer, and by Inga Muscio, who wrote a whole book about it. But the word has only recently started surfacing tentatively, naughtily and giddily in ordinary North American conversation.

It's questionable whether it's about feminism, the bored tendencies of pop culture denizens, always looking for new ways to impress and shock, or the sexualization of culture. Nonetheless, men and women I know are trying it out, of late. Dropping the c-bomb, then furtively glancing around to gauge impact and collateral damage. Trying to appear casual when they feel anything but. Magazines and newspapers are starting to use it, but still in hangman code (c---), or through hints and verbal gymnastics, similar to "He Who Should Not Be Named" in Harry Potter. And as you can see, though I'm all for treating the c-word as the equivalent, "dick," I still don’t feel right using the actual four letters here.

Unless you're a Brit

It's still "the rudest, crudest, most taboo term in the English language, the superstar of four-letter words," Kathleeen Deveny explains in a Newsweek piece.

"It is a radioactive epithet, guaranteed to get you a trip to HR and maybe even a slap in the face. It was at the heart of the controversy over Lady Chatterley's Lover, and it helped get Tropic of Cancer banned. The plot of Atonement, Ian McEwan's lovely and devastating novel, pivots on the term. (In the movie, the word is never spoken, but the camera zooms in as the protagonist pounds it out on a typewriter.) When a book alleged that John McCain had once called his wife Cindy one, the outrage was bipartisan."

Of course, this stigma doesn't exist over the pond. About a decade ago, when I was living in London, I heard a man call another man the c-word casually, which broke all the rules I knew. Man? Minor infraction? Joking? Teenage-like, I got a naïve thrill from the naughtiness. Then, I started to become almost immune to the word I heard it so much. And Newsweek reports usage is increasing even there: it's been used in The Guardian, the 188-year old British daily, 61 times this year. And a few weeks ago, it appeared for the first time on the cover.

The question, of course, is why it's such a bad word. I mean, really. As Judy Berman, a Salon writer pointed out, "did you think twice the last time you called some guy a 'dick'?"

Newsweek's Deveny explains some of the stigma. "The derogatory term for vagina just seems so foul, so dirty, so... down there. But wait: isn't the perfectly neutral word 'vagina' enough to send most men screaming from the room?

"Our aversion to the C-word may simply reflect our cultural aversion to the C. 'The suggestion is that, from the Middle Ages through to the 19th century, and perhaps beyond, men have feared the unknown quality of a woman's sexuality, most specifically her ability to deceive when it comes to conception,' writes linguist Ruth Wajnryb in Expletive Deleted. She adds that since 'the c--- is the place where deception and betrayal transpir... the male ego would feel sufficiently threatened to need to deride and denigrate the female quintessence.' Plus, I hear some of them have teeth!"

Salon's Judy Berman argues that "in a larger sense, 'cunt' does not equal 'dick' in our culture because 'woman' still does not equal 'man.' This is also why 'nigger' remains more offensive than 'cracker.' And as long as women are the second sex and African-Americans are the second race, slurs that target these groups will have greater power... I, for one, look forward to the day when I can use both 'cunt' and 'dick' with impunity. And that's not just because I'm a 'bitch.'"

A new era of profanity

I think the day when the c-word can be used with impunity is almost here. And maybe not because of feminism, but despite it. Some of the main stories in the tabloids this week are about a surgically enhanced Heidi Montag posing for Playboy, Carrie Prejean (the topless model, and homophobic former Miss California) suing the pageant, Jon Gosselin (the Jon and Kate Plus Eight dad) partying with bikini-clad women half his age, and, much more tragically, a former porn-star being murdered, dismembered then identified by her silicone implants. Now that sex and women's lady parts are becoming as public, commonplace, and unstigmatized as sliced bread, words for them are too. Even "slut" has all but disappeared from the lexicon.

It'd be near impossible to call any of the above tabloid examples triumphs of even third-wave feminism. But it's undeniable that removing the slur from women's parts and the names for them does benefit women, and signals the birth of a new era of foul language.