Change is coming to the graphic novel industry, thanks in part to an emerging cohort of Indigenous graphic novelists and comics creators.

Like most commercial artforms, the comics industry is still largely controlled by white, cisgender men, and can leave other creators feeling like tokens.

But that’s starting to shift, says illustrator and textile artist Whess Harman, who along with fellow Indigenous graphic novelist Cole Pauls has created a space in the sector.

“We are getting to this point where there are more Indigenous artists working in illustration that we’re not always the first two people who get called anymore, which is nice,” Harman said.

Harman, a queer and trans artist from the Carrier Wit’at Nation and the curator for Vancouver’s Grunt Gallery, was joined by Pauls and TJ Felix, a queer/Two-spirit Indigenous artist and musician, in a panel discussion last week as part of the Indigenous Graphic Novels Community Symposium.

The symposium was a partnership between a University of British Columbia graduate class and the Urban Native Youth Association. It was held at the association’s East Vancouver location.

Amy Parent is an assistant professor in the department of educational studies at UBC and a member of the Nisga’a Nation. She created a graduate-level course in education to help guide educators in accessing the Indigenous graphic novels as a classroom tool for building nuanced understandings about settler colonialism, racism, decolonization, Indigeneity and Indigenous self-determination.

The course’s culmination this term was the symposium, which was geared towards Indigenous youth interested in the art form.

In a group interview with The Tyee before the panel, Felix, Harman and Pauls recalled the profound impact white control over comics, video games and animation had on how they saw themselves represented in the world.

“I grew up playing video games, and the first time I saw myself in a video game was Street Fighter, cause they have a Native fighter,” Pauls, a member of the Tahltan Nation who grew up in Haines Junction, Yukon, told The Tyee. “He’s like this super racist stereotype. But I was like, ‘Oh my God! It’s a Native dude!’”

“What was represented as us in the media was not what I see myself as, or my friends or family,” he added.

The first representation that Felix, who is from the Splatsin of the Secwepemc Nation, remembers seeing in a video game was Nighthawk, a character in the Mortal Kombat video game series.

“We kind of take what we can get. I don’t think that should be the standard anymore,” they said.

“I still love Nighthawk, though.”

Thanks to artists like Pauls, Felix and Harman, Indigenous youth today have more opportunity to see themselves in comics and graphic novels. Especially in independent publications and self-published zines where artists have more control over their stories.

“It’s hard to come by anything that really reflects our experiences. Especially systemically impoverished peoples living in a country that’s literally trying to murder them on a day-to-day basis,” said Felix, who self-publishes their comics in zines, like their Radically Powerless Injun series.

“Just being able to tell our stories is really important.”

Home is where the art (sometimes) is

While they currently live in Vancouver, all three artists were raised outside the Lower Mainland.

For Harman and Felix, being queer — and, in Harman’s case, trans — means going back home isn’t as safe as they would like it to be, thanks to the homophobia and transphobia engrained in their communities through colonization.

“I still acknowledge that I carry that land within me, that I came from. And I’m still looking at the same sky that my family is,” said Felix, who grew up in Malakwa, B.C., where they also feel unsafe because they are a substance user.

“There’s always a constant heartache and just longing to be back on that land. But as Indigenous people, no matter what we choose to do, we’re always making a compromise in some way.”

“Especially with writing comics, in my mind they’re always a little bit in the future where these identities can be safer and they don’t have to be under such scrutiny,” said Harman, who grew up in Smithers, B.C.

“But sometimes [my work] resonates with people back home in a way where you’re like, ‘Oh, maybe home is closer and sooner than I thought.’”

For Pauls, despite belonging to a B.C.-based nation and now living in the province, all their work, including their latest graphic novel Dakwäkãda Warriors, is based in the Yukon where they grew up.

“People tell me when they think of a Yukon artist they think of me,” Pauls said. But this doesn’t align with the rules and regulations surrounding some organizations — he’s ineligible for some Yukon-based grants and projects, he says.

“There’s that weird push and pull of I know I’m a Yukoner, but on paper I’m technically not.” 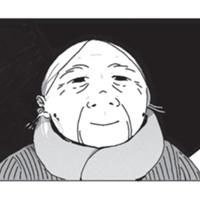 In ‘Shadow Life,’ a Rebel Senior Lives How She Damn Well Pleases

Even as diversity among artists increases, most art schools, granting bodies, galleries and publishing houses are still run by white settlers. These institutions and organizations can often operate in a way that maintains the status quo, making it more difficult for Indigenous artists to break through.

Pauls, who published Dakwäkãda Warriors with Conundrum Press, found an audience with both Indigenous and non-Indigenous readers. But the graphic novel, which is written in both English and Southern Tutchone, got pushback in the United States for its Indigenous title.

“They wanted me to have a subtitle so they could just Google that instead of the book’s title,” he said.

“And I was like, ‘No.’ I’m making a space for Indigenous people, saying that our words and our names are valid enough.”

‘You have to just keep going’

All the art Felix creates is based on the hope things will be better for the next generation of artists.

“No matter how you tell your story and the voice that you choose to speak in, it’s something that needs to happen.”

Harman, who admits to being a bit of a perfectionist, advises younger artists to avoid that pitfall.

“I have a bad habit of wanting to go back and fix things and redraw them. But Cole’s advice is often just, ‘You have to just keep going.’ Otherwise you’re going to be stuck in a loop of the same three pages forever.”