After fleeing a drab seniors’ facility, 76-year-old Kumiko makes a new life for herself in a funky downtown neighbourhood. Her adult daughters are less than pleased with their runaway mother, but Kumiko has bigger problems to solve. Death has come a’calling and will not be so easily evaded.

With help from new friends, as well as an old flame, Kumiko fights an epic battle for freedom, independence and the right to live her life however she damn well pleases.

Goto’s poetic sensibilities, in conjunction with artist Ann Xu’s black-and-white drawings, imbue the story with a fantastical style, combining magical realism with quasi-documentary detail. Despite living in different parts of the world, Goto and Xu’s collaboration proved an ideal fit. Words and images offer a wonderfully charming combination with lightly-offered lessons on aging, resilience and the importance of remaining true to one’s own self.

The Tyee spoke to Goto about her work as well as the mysteries of the creative process. This interview has been lightly edited for length and clarity.

The Tyee: What initially drew you to the graphic novel as a form for telling this particular story?

Hiromi Goto: Story framed visually instead of through words is very powerful when we think about the importance of representation. It is one thing to have text that centres a fat older Asian-Canadian woman as a subject — another thing altogether when you can actually see her. She takes up space in an entirely different way. She is embodied. This idea filled me with glee and joy. 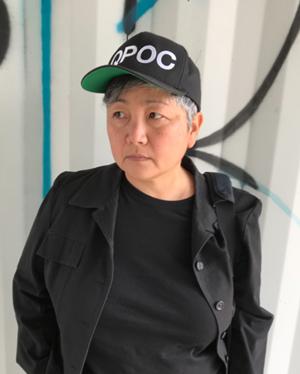 I want to see so many more stories that place older women, diverse in myriad ways, as important subjects living fabulous lives. It was also a creative challenge for me to explore what I could do with story in a different art form. I loved this experience.

The integration of nitty-gritty reality and magical realism offers some pretty wild conjunctions. Was it a challenge to balance the quotidian details with the more fantastical elements?

I think a lot of my creative storytelling process and what I think can be possible in story has a firm foundation in my love affair and appreciation for folk tales and legends. In these stories, the quotidian and the fantastical abide together. Animals talk, oni wreak havoc and curses befall upon a land. A seal can take off her skin and turn into a woman. A baby is found inside the hollow stem of bamboo.

In many ways I have experiences that seem close to the “magical” — my life of the imagination is rich.... So, when I work with fiction, it’s just a matter of pushing the magical qualities just a little further. It is possible to construct so much in fiction — it’s only a matter of having written in enough narrative support columns to sustain the illusion for the audience.

How was it collaborating with visual artist Ann Xu? As you live in different cities, what was the process of creating this very specific portrait of person and place?

The manuscript was completed before an artist was brought to the project. The publisher and I worked together to find the right artist. Ann Xu did such an amazing job bringing Kumiko to life. How she captured her emotions, her physicality and her complexity allowed me to return to the story I’d written as if brand new. I loved it. My communications with Ann were conducted online or by telephone. Ann drew preliminary character sketches and we worked together to build this tangible fictional world.

Why did you want to tell the story in black and white images?

Actually, colour would have been dreamy, but it’s very expensive to do! But I really love the night scenes and underwater scenes, where black can be used to such dramatic effect. They’re so rich and moody. Also, I really love line drawing and black and white is best, I think, for line drawings. There’s an economy of markings but so much can be relayed. Artists are amazing!

Older women are often invisible, asexual and shunted off to the sidelines, but Kumiko is such a vivid, fiery and funny presence. Did the character do some unexpected things in the story that surprised even you?

Popular culture has such limited and ageist ideas about older people, especially older women.... It does every one of us a disservice if not a violence.

Kumiko surprised me at many turns! Oh my gosh, I thought (which is weird, because it’s coming from my own head), did she really say that? Do that?! It was a delight to explore what was possible through her character.

The details of Kumiko’s life on the lam, from the round windows in her apartment building to the neighbourhood vacuum salesperson, are so clearly drawn. Were there things that you took direct inspiration from in Vancouver?

East Van and Commercial Drive were very much my references for location, but I also took fictive leaps such as implying that St. Paul’s shared the same neighbourhood. It doesn’t in real life. Kumiko’s story is fiction that’s based on some things factual and many things not. But I really like location in story to have a sense that it could be real, and the best place to find an example of it is in the real.

I love the older homely mom and pop shops along Kingsway. That’s what the vacuum cleaner shop was based on. The girl on a swing sign above the shop is based on a sign that I saw in Burnaby, along Hastings. The round windows — I’ve always wanted to live in a home with a big round window.

Sex and death are intertwined in interesting ways in the narrative. How important was is it to include aspects of Kumiko’s sexuality, physicality and romantic relationships in Shadow Life?

Narratives that distort, entrench stereotypes, and participate in violence of erasure — there’s a lot of it in popular culture. Many of these distortions are systemically maintained for reasons of power and control. If we are so lucky and privileged, we will live to become old one day. Why is it that those of us who are not working with elders know so very little about growing old?

North American — and many others — culture privileges youth and health, and this sets up a dysfunctional relationship for us with aging. A great many of us are heat-seeking mammals. And age doesn’t change that. We need touch, love, affection. Intimacy does not have to be physical — it can be emotional, spiritual and intellectual too. But most all people want some kind of love in their lives... We don’t stop being human just because we’re old (for god’s sake!) 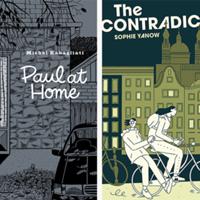 Kumiko is a very physical and emotionally engaged person. It was very natural for her to be aware of and act upon her needs be they sexual or emotional. There’s a puritanical sense of judgment and censure for the idea that older people have sexual desire and/or have a sex life. Like there’s an expiry date on acceptable sexual behaviour. I really wanted to dispel this myth. (Please know that this does not mean I condone sexual oppression by older people toward others who have less power than they do. Always, there must be consent.)

What would you like audiences to take away from Kumiko’s fight for freedom, independence and self-determination?

It is my wish that readers will be entertained, uplifted and feel joy in brief snatches. I hope that people who do not share the same demographics as Kumiko will feel empathy and a sense of kinship with her. These are big asks, I know. But mostly, I’d like to thank everyone of you who read the book. For your gift of time and engaging. A book is inert without a reader.