The aswang, a “shapeshifter” spirit that preys mercilessly on humans, looms large in the Filipino psyche. Director Alyx Ayn Arumpac’s film of the same name opens with a ruthless introduction.

For as long as the city has existed,
A creature has roamed this land.
They call it aswang.

It kills anyone that dares to look back,
And one must never look.

Since Duterte came to power as president of the Philippines in 2016, tens of thousands of Filipinos have been killed extrajudicially. As the Catholic brother and photojournalist Jun Santiago explains in the film, the actual numbers are far higher than the “official” government totals.

Duterte was clear about his intent to eliminate drug users during the election campaign. But his bloody rule has targeted more and more civilians over five years in power. People breaking curfew during pandemic lockdowns, so-called “communists,” even children have all been executed.

Night after night the darkness unravels bodies,
Sprawled facedown on the streets.

Capturing scenes of police tape, blood on concrete and burial vans in the dark of night, Arumpac paints a harrowing vignette of subverted civilian Manila. But the pulse of the city maintains its kinetic hum despite the recurrent attacks on its communities.

Aswang premiered at the Philippines’ first documentary film fest Daang Dokyu during the online event last year and has been shown widely at international festivals. It is Arumpac’s first feature documentary.

Shot almost entirely at night, it is a bold, sweeping work of staggering cinematography. The film opens with a corpse being covered in a fleece blanket of cartoon monkey heads — the logo of once-trendy Paul Frank. It’s a stark metaphor of American capitalism’s unrelenting presence in the country following early 20th-century colonial rule.

Trying to make sense of the corpses, the protests and the violence as someone who hasn’t lived the horror is confounding. And, as Arumpac asserts, it was a film made for Filipinos. But the documentary brings you in, viscerally close to the city, and you can almost feel the thickness of the air.

We see a woman slowly sweeping blood into a crack in the pavement with the resignation of a regular household chore. The familiar sound of the straw broom echoes while Santiago speaks to a man who lost his brother. “I am for Duterte, but what they did to my brother was wrong,” he says.

A chick placed on top of a casket means the killer runs loose.
Where justice is unlikely, the chick knocks on the killer’s conscience.

But the aswang would never heed to the knocking of even a thousand chicks.

We meet Jomari, a six-year-old and anchor of the film, who was orphaned by his parents’ imprisonment for drugs. Arumpac met him at the funeral of 17-year-old Kian Loyd delos Santos, one of the early publicly showcased killings of Duterte’s drug campaign. 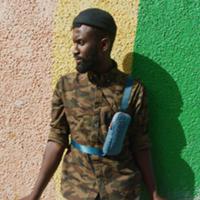 As with many boys, Jomari’s imagination is inscribed with stories of strength and violence. Alongside one of Manila’s neighbourhood rivers, the shorelines patted down with the foils and plastics that look they could have come from our own kitchen trash bags, he collects wood scraps with his friends to use as makeshift toys: a bazooka, a gun, an ice pick, a machete. As police versus civilians, the boys act out a capture and beating.

The aswang is in quiet attendance.

In an interview, Arumpac described her own memory of the aswang as a child. “The yaya of our neighbourhood said there’s a sigbin [an aswang variant] who roams around the village and lives in that forest. At night you can’t wake up, because if you do and you look at the window, you’ll see red eyes and… the sigbin would put its long-clawed fingernails inside the window to get you.”

“That is also why the film is titled Aswang,” she said in another interview. “Something that we all know, all of us know, every Filipino child knows.”

Arumpac speaks of the importance of making films in, and about, the Philippines. Aswang is a testament to a loved city and a country, severed from its vitality by corruption and violence.

‘Aswang’ is available to stream through DOXA from anywhere in Canada until Sunday. A pre-recorded Q&A with director Alyx Ayn Arumpac is included with the screening. Learn more on the DOXA website.