Everyone is thinking about life after the pandemic. Some want to get back as quickly as possible to the status quo ante, when they made a lot of money, ignored climate change, and paid no attention to politics. Others are eager to usher in a democracy of equals, free of sexism, racism and classism.

The nostalgic types know just how to return to 2019; we were living that way for 40 years or more, working harder for less reward every year. The billionaires have made still more billions since the pandemic began, and not one of them has yet chosen to retire. Going back to 2019 would be an opportunity to shoot for trillionaire status, and a glorious death as the world’s greatest accumulator of zeros.

It’s far less clear how we get to zero inequality, zero sexism, zero racism and zero classism. Our vices are so ingrained they seem innate, genetically imprinted and impossible to erase.

Dutch journalist Rutger Bregman would say the genetic-imprint belief makes you a disciple of Thomas Hobbes, the 17th-century British thinker who considered life a “war of all against all,” with civilization the thinnest of veneers over our evil inner savage. And if you’re not a Hobbesian, your alternative is the 18th-century French thinker Jean-Jacques Rousseau, who saw us all as “born free but everywhere in chains.”

Modern conservatives, Bregman says, are Hobbesians, thinking the worst of their fellow-humans. Modern leftists are Rousseauvians, thinking, like Anne Frank, that “people are basically good at heart” and can be trusted to do the right thing without being bullied or coerced.

Bregman is something of a prodigy. At 32, he’s published four books, two translated into English, and he’s well known on YouTube. A journalist, Bregman is a frequent contributor to De Correspondent, a Dutch online news site funded, like The Tyee, by its members. But he’s become more of a newsmaker than a news reporter.

Utopia for Realists, published in 2017, is a serious argument for universal basic income, based on a 15-hour week. Humankind, published this spring, is both an extended footnote to the first book, and a detailed argument that we are actually, as a species, remarkably nice to one another — especially in disasters like earthquakes, wars and pandemics — and would be much happier if we just started trusting everyone.

Bregman has a knack for explaining big ideas clearly, using lively stories and anecdotes to illustrate them. He also has a gift for throwaway lines: “The scenario of radical inequality that is taking shape in the U.S. is not our only option,” he says in Utopia for Realists. “The alternative is that at some point during this century, we reject the dogma that you have to work for a living.”

His biggest idea is one drawn from recent anthropology: that we lived for 95 per cent of our time as a species in small bands of hunter-gatherers who thrived by co-operating with one another on equal terms. In fact, evolution favoured friendliness, the way dog breeders select for retrieving or herding.

Adopting agriculture, Bregman argues, was our worst mistake. It tied us down to one place, living in crowded conditions with domestic animals and eating a monotonous diet. As a result, we grew up malnourished and often infected with animals’ diseases like tuberculosis and measles.

But we grew enough food to support soldiers, priests, and aristocrats, who claimed ownership of the land we farmed — and of us. From this predicament, Bregman says, all our historical troubles began.

They were troubles because we were still nonviolent nomads, and had to be bullied into the labour of farming and the terror of combat. The bullying took the form of telling us we were no good unless someone kept an eye on us day and night and punished us for our sins. We got to believing it.

If this sounds like a just-so story, a wild oversimplification of 300,000 years of human existence, that’s because it is.

Bregman documents his books very well, citing study after study. But his key sources are science popularizers like Jared Diamond and Steven Pinker — smart people who, like him, have a gift of storytelling in the service of big, simple ideas.

Bregman’s evidence is often strong. We’re not, for example, the killer apes Stanley Kubrick said we were in 2001: A Space Odyssey. (Killer apes were a big, simple idea of the 1960s.) Violence actually freaks us out and leaves us stressed.

Our nonviolence has been a problem throughout military history. The Greek phalanx, with soldiers effectively locked into a mass, was designed to keep soldiers from running away. Still, Bregman says, U.S. generals in the Second World War were appalled when they found most of their soldiers didn’t even pull the trigger against their enemies in combat. Further research discovered the same was true of soldiers at the battle of Gettysburg, who went through the motions of loading and reloading their rifles without ever firing them.

Over time the medical professions developed a name for the psychological damage done to humans by putting them in situations where they are expected to kill or be killed. It’s called post-traumatic stress disorder and it’s widespread among former soldiers.

Bregman’s purpose in defining us as nice, friendly, trustworthy people is to justify changing society from a Hobbesian war of all against all to a “Utopia for realists” in which we all get along on equal terms, working maybe 15 hours a week and pursuing our real interests in our leisure time.

This was the vision my generation grew up with in the 1950s and ‘60s: automation would do the work and our problem would be finding something to do. Instead, of course, automation, computers and offshoring have given us precarious jobs, sometimes two or three at a time, and 60-hour work weeks.

So I’m quite prepared to welcome Bregman’s Utopia, in which we all get paid whether we work or not, and we can be counted on to be reliable citizens because we trust one another. It’s certainly a better prospect than going back to 2019 and the gig economy.

But his kind of pop-psychology argument for human goodness is just another simplification of over-simplified ideas. I agree with most of his key arguments — and that’s why I don’t trust them, because he’s preaching to the proverbial choir. Any reasonably educated Hobbesian would laugh at his naïve, boyish enthusiasm. An uneducated Hobbesian, of whom we have too many, would flood his Twitter feed with bots and abuse.

Bregman may surprise us with his version of the Kitty Genovese murder, which demolishes the old idea that her neighbours did nothing while hearing her scream for help against her attacker. He may argue that the Easter Islanders did not murder one another in an uprising against their rulers, who had depleted the island’s resources. And he does a lovely job of demolishing William Golding’s novel Lord of the Flies, a pompous bit of misanthropy that’s been forced on generations of schoolchildren. 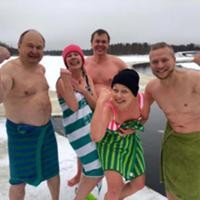 These are charming anecdotes, but the plural of “anecdote,” it’s often been said, is not “data.”

However we attempt it, it will not be simple. It will be hard, frustrating, and fought bitterly every step of the way by the Hobbesians. Bregman may point the way, but we will have to find our own road to Utopia.