Bear with me for a moment.

I don’t blame the actual person, Adam Sandler, but the comedic/cultural attitude that he’s created over the last few decades that brought the rise of the idiot.

They’re all over the place at the moment, running hither and thither on the White House lawn, yarping up a storm on Fox News, maintaining that obnoxious entitlement will scare away the coronavirus more than any Hazmat suit.

They’re most abundantly in evidence at the protests across the United States against social distancing, fuelled in part by right-wing folk and Trump devotees.

Last week crowds of people, some in pickup trucks and some on foot with homemade signs and flags proclaiming: “Don’t Tread On Me!” took to the streets of Lansing, Michigan.

Plaid shirts, mom jeans and MAGA hats were all the rage, with the good citizens honking, tooting and demanding that Gov. Gretchen Whitmer’s lockdown order be rescinded and that she, herself, be locked up.

“Leave your house and own the libtards!” went up the rallying cry, as people demanded the right to mow their lawns and get their hair done.

Watching the parade of boneheads up and down the streets of downtown Lansing, it was hard not to see a Sandler-esque ethos at work.

This is the attitude that decades of Sandler films hath wrought:

Don’t listen to experts. Scientists, teachers and elitist snobs of any kind will be shown up, blown up and generally revealed to be weak-kneed nincompoops, bested by real men and their down-home smarts. Any fact can be overcome by a firm belief in one’s own gut instinct. Hunches and whacked out conspiracy theories work too.

Never do what you’re told. Rules are for suckers and nerds. You’re a badass outlier, so make your own path. If someone tries to make you listen to reason, punch them in the mouth.

The more you behave like a full-on A-hole, the better things will work out. The common folk, blessed with little more than grit and native cunning, can always beat the system because of their God-given individualism.

Sandler’s pantheon of folksy nitwits, who despite their lack of book learnin’ and fancy manners, somehow succeed through a combination of contrariness and bullish self-confidence; might find the most obvious correlative in the current POTUS, but the worldview has filtered out, infecting large sections of the country.

From Billy Madison to Happy Gilmore, the thing that unites all of the Sandler narratives is the idea that stupid will win the day. Or as Otto von Bismarck once said: “God has a special providence for fools, drunkards and the United States of America.”

That certain segments of American culture have long prided themselves on their cussed cowboy ways isn’t breaking news, and Sandler isn’t alone in telling these kinds of stories. American comedies from Animal House to Caddyshack have made use of similar tropes.

But it’s Sandler’s particular mixture of aggression and dumbness that upped the ante.

The appeal of Sandler’s king baby characters was analyzed in a video essay in Business Insider. As the narrator notes: “In all his films, Sandler is essentially a child thrown into an adult’s world that he cannot understand. Nor do the real adults try to understand him, a force of innocence that refuses to change despite the obstacles he faces.”

Unlike artier fare like Uncut Gems or Punch-Drunk Love, Sandler’s most successful comedies share a few commonalities, whether it’s Mr. Deeds or Big Daddy: the triumph of the naive idiot over the more intellectual elitists and authorities is assured as long as he truly believes in his inalienable dunderheaded ways.

Over the years Sandler’s innocence has curdled into anger and violence, “turning into more strangely political and racist jokes,” as the video essay states. (That kind of innocence may be the root of the current state in the U.S. As writer James Baldwin famously said of his fellow Americans, “I never met a people more infantile in my life.”)

But this quality, embodied in a figure like Donald Trump, has become dangerous. The Trumpian refusal to take responsibility, while blaming others for one’s own failings; to deny reality no matter the consequences — was problematic in simpler times, but in a global pandemic it’s potentially disastrous.

It’s impossible to watch the daily White House briefings and not see echoes of the Sandler idiot ethos. If this was a movie, you might be tempted toward a few dumb laughs. In real life that shit will get you killed.

Trump is also not an isolated example. Populist boneheads are everywhere: Brazil, Mexico, Australia, the U.K., Ontario. But you have to give the current U.S. administration credit; they take it to a whole other level.

The ongoing struggle between science and insanity, aptly dubbed the Pandumbic by The Daily Show, is like watching a slow-motion clown car pileup on Interstate 12, but the stakes are too real and the laughter dies in your throat. When Grown Ups are what is truly needed, an overgrown orange toddler is in charge.

Although it’s easy to picture the current White House as a Sandler vehicle, the film that’s most frequently cited in this cultural moment is Mike Judge’s 2006 comedy Idiocracy. The Guardian recently described the movie:

“It tells the story of a man who wakes up from a long coma to find an America that has become ultra-selfish and defiantly anti-intellectual, one in which the people anaesthetise themselves by watching TV shows with titles such as ‘Ow! My Balls!’ Meanwhile, the moronic President Camacho, played by Terry Crews, prances about like a professional wrestler rather than a politician. There are now a million internet quizzes with titles such as: ‘Who said it: Camacho or Trump?’”

The news that Trump appointed the World Wrestling Entertainment’s Vince McMahon as an advisor made the blurring of fiction with reality even harder to pry apart. Florida had already decreed pro wrestling an essential business, along with gun stores and liquor outlets. What could possibly go wrong?

The biggest distinction between Judge’s work and Sandler-esque stories is that Judge has certain affection for what was once called conservative American values — decency, generosity, kindness and honesty. Those are still around, but not getting as much airplay as the Fox News pundits line up to ceremoniously stuff their feet down their gullets.

Emboldened by the Dunce-in-Chief proclaiming that he’s too cool to wear a face mask, self-isolation protesters took to the streets to fight for their right to live free or die. There is a strange form of immaturity on display in the inability to forego pleasure and the demand for treats (guns, booze and hairdos).

Watching the news clips, the protesters looked largely like naughty children on the loose, yelling at TV reporters, behave badly in the name of freedom. But there was something else on display — fear, thinly papered over with bravado and a kind of terrible confusion. 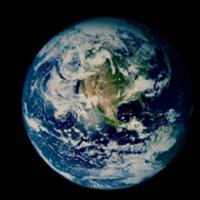 Movies Can Make Us Mean; They Can Also Save Us

It’s easy to make fun of people for doing stupid stuff, and lord knows the extremity of what’s taking place can cause you to lurch drunkenly between laughter and tears. But you have to have some sympathy for generations of Americans raised on the idea of their own exceptionalism.

It’s the story drummed into the culture in movies and TV for generations — street smarts and gut instinct can overcome any evil, however wicked and intelligent. As Die Hard’s rogue cop John McClane said to the maniacal genius mastermind Hans Gruber after he derides the American cowboy way: “Yipee Ki Yay Motherfucker!”

The one thing that a global pandemic has made abundantly clear is that life isn’t a movie, science is complex, and viruses don’t give a hoot that your storyline was supposed to work out with a happy Hollywood ending.

Trump as a joke lasted for a long time, but it’s becoming ever less amusing as the consequences of incompetence hit home. Piles of dead bodies aren’t actually that funny.