Matthew Ariaratnam kneels on a dimly lit stage before an altar holding a sacred relic. It is a black, rectangular tape player, which brings to life the voice of Ariaratnam’s grandfather, singing in Old Tamil. Recorded decades ago in Sri Lanka, the words are from the Bhagavad Gita, a sacred Hindu text.

Ariaratnam belongs to a new wave of contemporary music composers in Vancouver. New Music, as their genre-bending genre is called, has roots in classical, but breaks rules left and right to create sonic art.

Ariaratnam is also the guitarist of the noise-pop band Harley Small, and also has been releasing one-minute pop songs under the name dumbpop. (Have a listen to “Shitty Town” here.) Several dumbpop songs reflect Ariaratnam’s exploration of Hinduism, which was an important part of his ancestral past.

In composing “Altar :=: Source,” Ariaratnam stumbled on revelations about his family background. His grandfather singing words from a sacred Hindu text was a surprise because his ancestors had converted from Hinduism to Christianity when the British colonized Sri Lanka. Ariaratnam also learned that some of his family had been in charge of keeping the temple, which presses further questions about his heritage.

“It’s really complicated and I’m just trying to grapple with my identity, and understand a little bit of history of where my family comes from.”

Cultural complexity lends itself to the boundary-stretching of New Music. Alex Mah and Julia Chien join Ariaratnam at the centre of Vancouver’s scene. The three recently presented their compositions at Emerge on Main: Spotlight on Rising Musicians on April 23, as part of Music on Main’s Month of Tuesdays, held at the Fox Cabaret.

The score for Alex Mah’s “chimes” resembles poetry more than music. “I turned to using verbal scores because I have my own practice in improvisation, and making something that can yield indeterminate results is appealing,” says Mah, who is currently completing his master of research composition at Bath Spa University in Bath, U.K.*

During the April 23 show, Mah encouraged audience members to wander around the table where he and Ariaratnam were performing the piece. The duo engaged in a spontaneous musical conversation, where the “chimes” took the form of a guitar. In response to a pluck of a string or a sudden strum, the other performer would sing or speak softly. The text, selected before the performance, would be uttered repeatedly, creating a hypnotic effect that zeroed in on the sounds of the words themselves.

This unorthodox presentation of music opens the floor to a larger pool of artists, in a way that traditional musical notation cannot. “The possibility is there to engage with a musician from a different background, as much as there is to engage with a dancer or a theatre artist,” says Mah.

Dance improvisation and classical music can be spontaneous and free-flowing in very different ways. But the starkest contrast emerges when the two disciplines combine to create art.

“There’s a formality to making [musical] scores which I don’t think is as present in choreography,” says Mah. “The practice of composing for concerts where there is one desired result, and the musicians try as hard as they can to achieve a perfect result, is not as appealing to me as people coming together to make choices about the score.”

Indeterminacy, an approach introduced by 21st century composers like John Cage and Krzysztof Penderecki, plays an important role in “chimes.” Mah first began working on ideas of indeterminacy when he started the ensemble Dissonant Disco, while he was a student at SFU. The performances often consisted of, as he puts it, “weird, improvised music,” as well as collaborations with dancers and actors.

“My music can definitely be related to the bringing down of the lines that divide what is a music practice and what a composer should be doing,” he says. “It’s an embracing of compositional practices that include more than just music.”

Percussion instruments come in different shapes and forms, and Julia Chien has played on them all throughout her career. “Household items — pots, pans, whisks — they could all be used as percussion instruments,” says Chien, who has performed with the Turning Point Ensemble and Continuum Contemporary Ensemble, and is currently the principal timpanist of the Kamloops Symphony Orchestra.

The metal slinky was one of the oddest instruments that Chien has played, whose unique timbre was used in Nicole Lizée’s “Perxploitation,” performed in the Vancouver Symphony Orchestra’s New Music Festival in January.

With her rhythmic prowess and dizzying virtuosity, Chien has been a burgeoning force in Vancouver’s contemporary music world. Percussionists enjoy certain liberties that most other musicians don’t have. If Chien doesn’t own the instrument, she can practice on almost anything, from pillows to pieces of cardboard.

One of Chien’s performances called for a drum set, a “lot of different toys,” and a glockenspiel, which contained metal panels that a player hit with a mallet. It was difficult to fit the glockenspiel into her setup, given that the piece required five pitches from the instrument. Chien came up with her own solution. “I took six pieces of wood — never used a drill in my life — pounding away and made this glockenspiel. And it worked out,” she laughs.

Over the centuries, collaborations between composers and performers haven’t always been smooth. And while Chien says that most composers today are quite receptive to performers’ limitations, they sometimes call for musical acrobatics that don’t always seem feasible.

“But it’s fun when you think that something is impossible, and they (the composers) obviously haven’t thought through it, and then you find different, unconventional ways to make it work,” says Chien.

Last summer, Chien toured in Asia with the Turning Point Ensemble, performing in Beijing, Singapore and Taipei. In her return to Music on Main, she performed Michio Kitazume’s “Side by Side,” and Aaron Graham’s “Manifesto.” 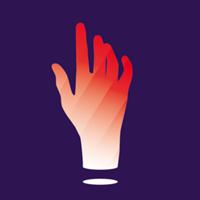 Who Wrote that Great Song? A Robot?

Combining theatrical, percussive and digital elements, “Manifesto” traces the descent of a character, whose plans morph into madness. Throughout the piece, Graham’s instrumentation and writing showcase the diverse possibilities of contemporary percussion pieces, from the click-clacks of a typewriter, to the sonic assault of drumsticks on stone, wood and metal.

Chien’s mastery in co-ordination and rhythmic accuracy blends with the audio tracks that Graham had prepared, including an excerpt from American cult leader Jim Jones. Just before Chien plunged into the fanatical and crazed finale, Jones’ haunting, final words are heard: “if you fail to follow my advice, you’ll be sorry.”

While there has been some lamentation about declining interest in classical music, Chien is hopeful about the music scene in Vancouver, pointing to the New Music being presented at the VSO and at Music on Main. With an emerging generation of new composers and musicians, she believes that change is just around the corner.

“It’s almost like you need to have a dip, before you can go up. There has to be some sort of incline at some point, and I think we can make that happen.”

*Story corrected May 3 to correct the location of Bath Spa University.