Years ago, sitting in a Port Clements cafe, my wife and I chatted with a couple of cheerful young Haida men. I don’t recall much of what we talked about, but one of them made an observation that stuck with me:

They do indeed, and one of the things that happens on Haida Gwaii is a closer approximation to democracy than the rest of us have so far achieved. If we paid more attention to the Haida — if we really cared about them and other Indigenous peoples — we ourselves might be a more democratic nation.

This remarkable book appears to be about the parochial political culture of Old Massett, a small village of about 600 at the north end of Graham Island, and by extension the politics of the 6,000 members of the Haida nation. But it is also about the whole relationship of “settler” Canada to the peoples whose lands we’ve occupied, right up to the current SNC-Lavalin mess. 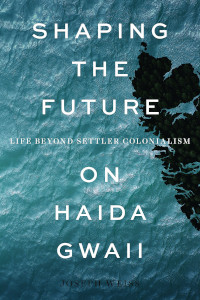 Joseph Weiss is an anthropologist at Wesleyan University, in Connecticut, but he did his BA at the University of British Columbia and spent years studying the society and politics of Old Massett.

Like its counterpart Skidegate, at the south end of Graham Island, Old Massett is essentially a long-lasting refugee camp. It was founded to house the fragments of ancient clans that had survived the smallpox pandemic of the 1860s, and the ensuing social collapse, but were too few to survive on their own ancestral lands.

The survivors depended on the dubious kindness of the Canadian government, which sent their children to residential schools and dictated the terms under which they would be tolerated until they and other Indigenous nations “assimilated” into a self-evidently “superior” culture.

That racist attitude persists on the B.C. coast and across Canada. A history of Alert Bay, published in 1958 and reprinted in 1971, observed that after a long decline, Indigenous populations were growing.

“It may be owing to the infusion of white blood that these results are occurring,” the author wrote. “A large percentage of the Indians today are not of pure Indian blood, but have a large admixture of other races. This will hasten the time when the Indians as such will be no more, but will be absorbed into the white race.”

But cultures are stubborn organisms that can grow back. Settler Canada saw Indigenous culture as willful barbarism, a refusal to leave the past. The “Indians” had sealed themselves off from “modern,” “advanced” civilization. If they did not assimilate, they would vanish. This has been a disastrous misreading of constantly changing Indigenous cultures.

Weiss demands a price for his insights. The first couple of chapters are rich in anthropologese, with terms like “temporal modality.” But it’s a price worth paying, because he then shows us a society far more engaged with its future than with its past.

The Haida have kept much of their original culture, including hereditary chiefs and matriarchs, while also accepting the electoral politics imposed on them. So they deal with clan chiefs as well as the Old Massett Village Council, the Council of the Haida Nation, and a host of provincial and federal agencies.

Weiss shows how they also deal with the arbitrary “time discipline” of events set by settlers, like school years and ferry schedules, while also adjusting to the seasonal vagaries of resource gathering — “what we have done forever.”

Weiss shows us Old Massett as a community trying to shape its future from among a number of alternatives, some of them “nightmare futures” of environmental collapse, while also taking into account how those futures will change them. He describes “homing”: many Haida leave the islands for work or education, and may not return for years. But that return is assumed, along with a sometimes difficult re-entry to a changed community.

Far from living in some mindless cycle of the seasons, the Haida are always thinking ahead, storing resources against future events, so those resources can confirm their relationships, which are based on “yah’guudang,” a kind of mutual respect based on caring for one another.

A potlatch, for example, is not a chance for the rich to show off their wealth; it’s the way chiefs take care of their people. It’s also the way people take care of their chiefs: every potlatch depends on contributions of labour and goods from the community, which contributes them as a vote of confidence in the chief.

The corollary of a culture based on mutual care is that leaders who aren’t seen to care are not themselves respected or cared for — and this includes elected politicians at all levels. “They don’t care about anyone but themselves” is the most severe verdict the Haida render on their leaders, and they don’t reserve it only for their own people.

“If leadership is understood as relational,” Weiss writes, “as requiring a care that is also a commitment to reciprocity and respect, then it is a damning indictment of Canadian Aboriginal policy that my interlocutors do not even consider it worthy of critique, suggesting that they cannot even imagine that Canada has the capacity to act as a proper government.”

So the Haida — and, I suspect, many other Indigenous peoples — must run their own affairs while also dealing with distant, clueless settlers who feel no relation at all with those they pretend to govern. So much for Justin Trudeau’s “place of partnership” with Indigenous peoples.

Weiss quotes his Haida sources as defining leadership as readiness to “sit down with” and listen to the led, to care about them and to take care of them. Care, like justice, must not only be done; it must be seen to be done by the community.

Jody Wilson-Raybould is a member of the Kwak’waka’wakw peoples and the We Wai Kai Nation. Her political culture is not the same as the Haida’s, but I suspect it is not that far different. She herself grew up in a political culture that, like the Haida, has had to deal with a more powerful culture as well as its own internal tensions. She mastered both cultures better than most of us master our own.

So when Trudeau and Gerald Butts sat down with her to discuss SNC-Lavalin’s problems, she understood (and respected) Canadian law better than they did. And it must have been painful to realize that they didn’t really care about the supposed 9,000 jobs at stake, or about her role as minister of justice and attorney general, or about the rule of their own law. They cared about themselves, and a “solution,” and the votes they might lose in Quebec in 2018 and federally in 2019.

To the Haida, and I suspect to the We Wai Kai as well, that lack of care would reflect a lack of capacity to lead. 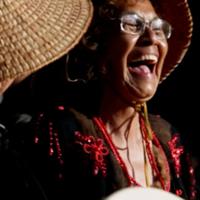 'On the Edge of the World'

Pundits have asked why Wilson-Raybould didn’t resign from the cabinet and the caucus, and cross the floor to one of the opposition parties or to sit as an independent, or quit politics altogether.

If the political culture of the We Wai Kai is like that of the Haida, I believe she stayed to show that she cared about the Liberal Party that had welcomed her, and about the settler culture whose laws she was trying to enforce.

Now she and countless other Indigenous leaders across the country, from Haida Gwaii to Newfoundland and Labrador, need to sit down with the settlers. They’ve been listening to us for centuries. Now it’s our turn to listen — really listen — to them. Joseph Weiss’s insightful book helps prepare us for what is likely to be an uncomfortable conversation.